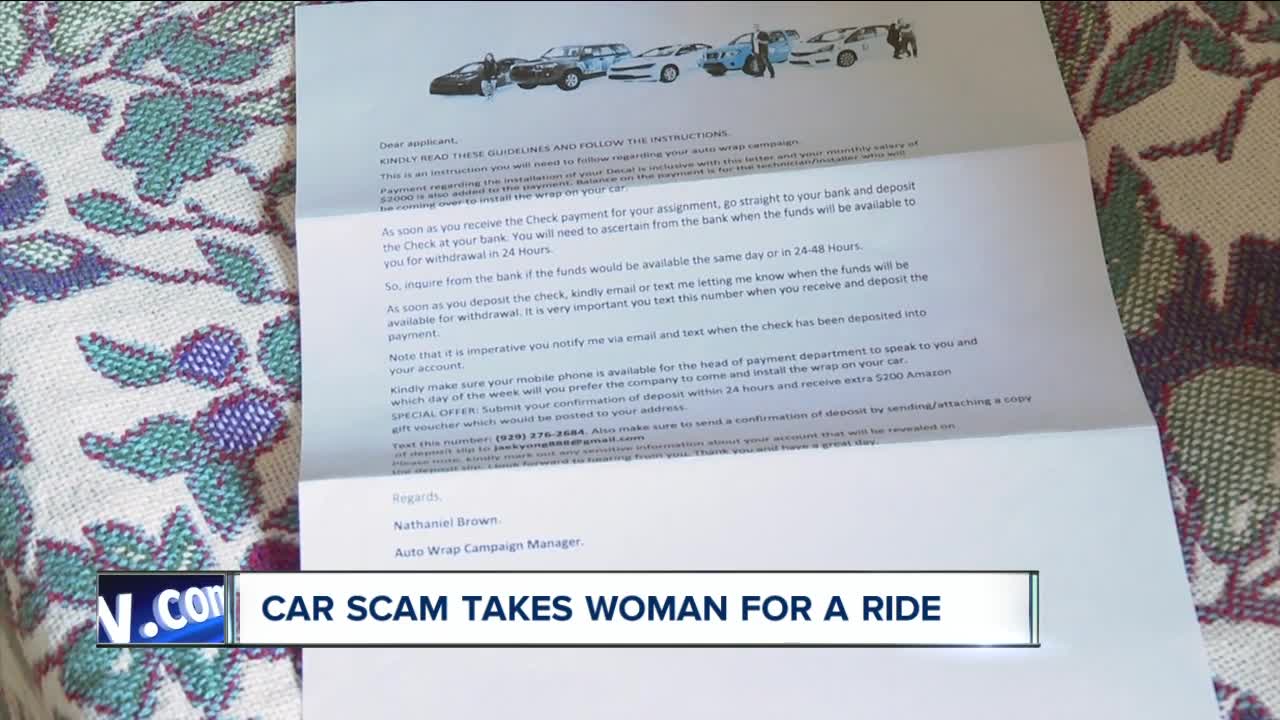 Lin Morrison uses a wheelchair as a result of multiple sclerosis. In order to help her get out and about, she's hoping to buy a handicap accessible van. She thought she had found the way to do it. BUFFALO, N.Y. (WKBW) — Lin Morrison uses a wheelchair as a result of multiple sclerosis. In order to help her get out and about, she's hoping to buy a handicap accessible van. She thought she had found the way to do it.

That money was going to come through a car wrap deal that would pay her $2,000 over a four week period in payment for her putting a Mountain Dew advertisement on her car, a car her daughter drives.

In order for this to happen, Morrison would need to deposit a check she received for $4,980 into her bank account. After that is done, Morrison would immediately transfer $2,000 back to the company to pay for the car wrap. The rest of the cash would be hers.

Morrison was about to follow through when her son stepped in and prevented her from doing so, which is when Morrison realized this must be a scam.

The scam would be that the check was going to bounce a few days after she cashed it. Meaning any money she sent over to the company would be a 100% loss.

Luckily, Morrison did not follow through and is speaking up so others avoid a similar situation.

"If I can stop one person from depositing a check that's going to bounce on them then I feel good about being vulnerable" Morrison said.

She also had one final text to those that tried to steal money she desperately needed.

"Thank you, but no thank you, and shame on you and all of your partners in crime."