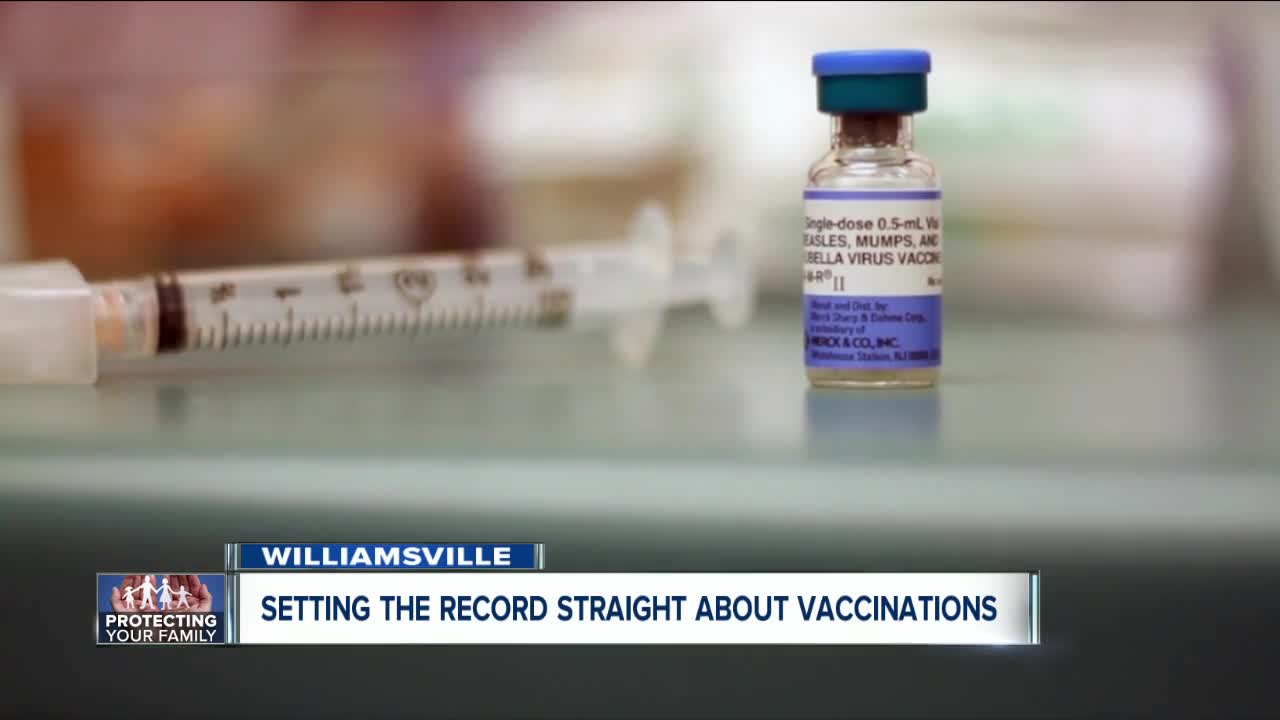 The main topic of discussion at the 13th annual WNY Immunization Conference in Williamsville was how misinformation spreads so quickly.

WILLIAMSVILLE, N.Y. (WKBW) — How does misinformation spread so quickly? That was the main topic of Thursday morning's discussion at the annual Western New York Immunization Conference in Williamsville.

"A lot of the beliefs people hold about vaccines are completely not true," said Ethan Lindenberger, one of the speakers at the conference.

Eighteen-year-old Lindenberger said he grew up in a home in Ohio where vaccines were looked down upon. So he went against his parents' wishes and got vaccinated.

"Once I found out they were important and they were very effective in keeping people safe, that's when the gears started turning," he said.

Southtowns mother Marina Williams is currently suing the state and the Orchard Park School District. They have denied her daughters from attending school because they're not vaccinated.

Williams said vaccines are against her family's religion.

"As healthcare providers, we need to evolve and manage that because we want to make sure that our patients are getting the information that reflects science and facts," said Dr. Leonard Friedland, Director of Scientific Affairs and Public Health for GlaxoSmithKline Vaccines.

"If you go on Twitter and you look up anti-vaccine hashtags, like hashtag vaccinescauseautism, it will have a direction to hhs.gov that says don't come to Twitter for vaccine information," said Lindenberger.

Dr. Friedland said we need to understand what vaccines have done and will do for society in terms of fighting preventable diseases. He recalled a measles outbreak in 1990 when he was training to be a doctor in Philadelphia.

"There were I think seven if not nine people who died from measles that winter in Philadelphia. Two of them were children who passed away in my hospital. So I've seen personally what this disease does."

As of May 10, there are 839 individual cases of measles that have been confirmed in 23 states, according to the Centers for Disease Control and Prevention.