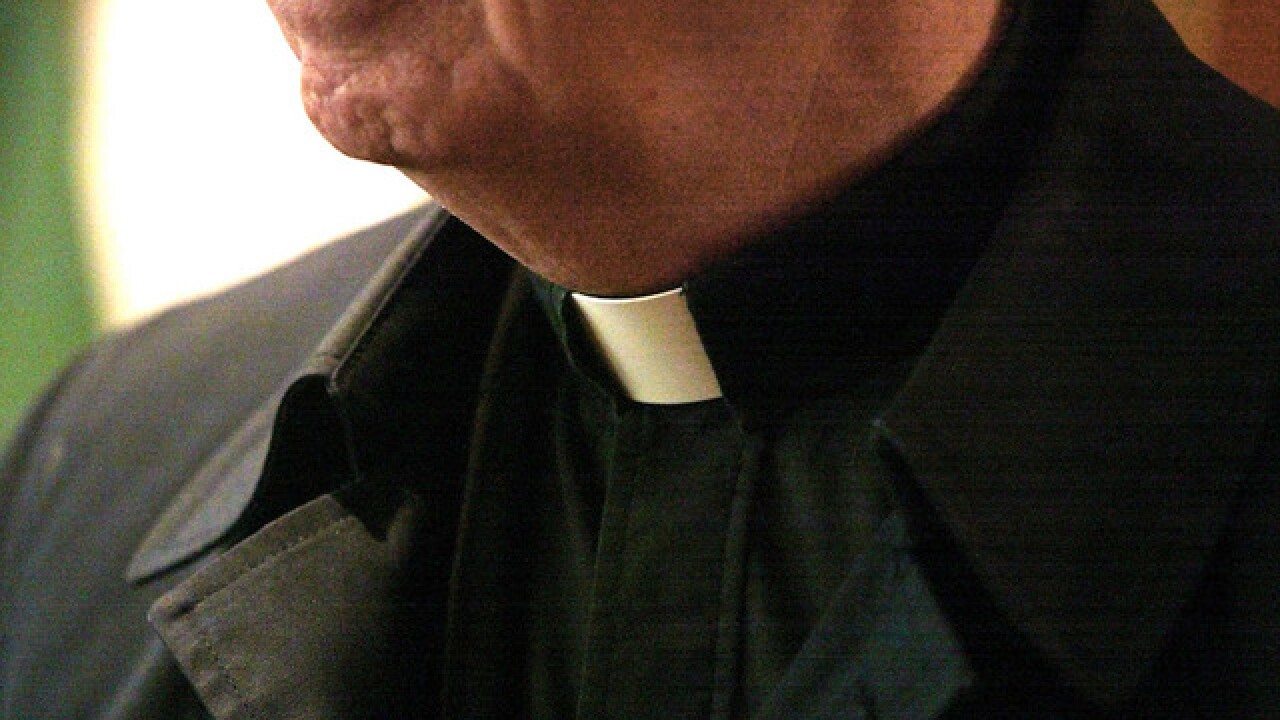 Copyright 2017 Scripps Media, Inc. All rights reserved. This material may not be published, broadcast, rewritten, or redistributed.
Tim Boyle
<p>The collar of a priest is seen at St. Adalbert Catholic Church March 29, 2002 in Chicago, IL. Good Friday's "Way of the Cross" services is celebrated by Roman Catholics all over the world. (Photo by Tim Boyle/Getty Images)</p>

If new proposed legislation passes, priests accused of sexual abuse could be charged years after their alleged crimes.

This bill will be considered when the Senate returns to session January of 2019.