Warren's future uncertain after loss in home state of Mass 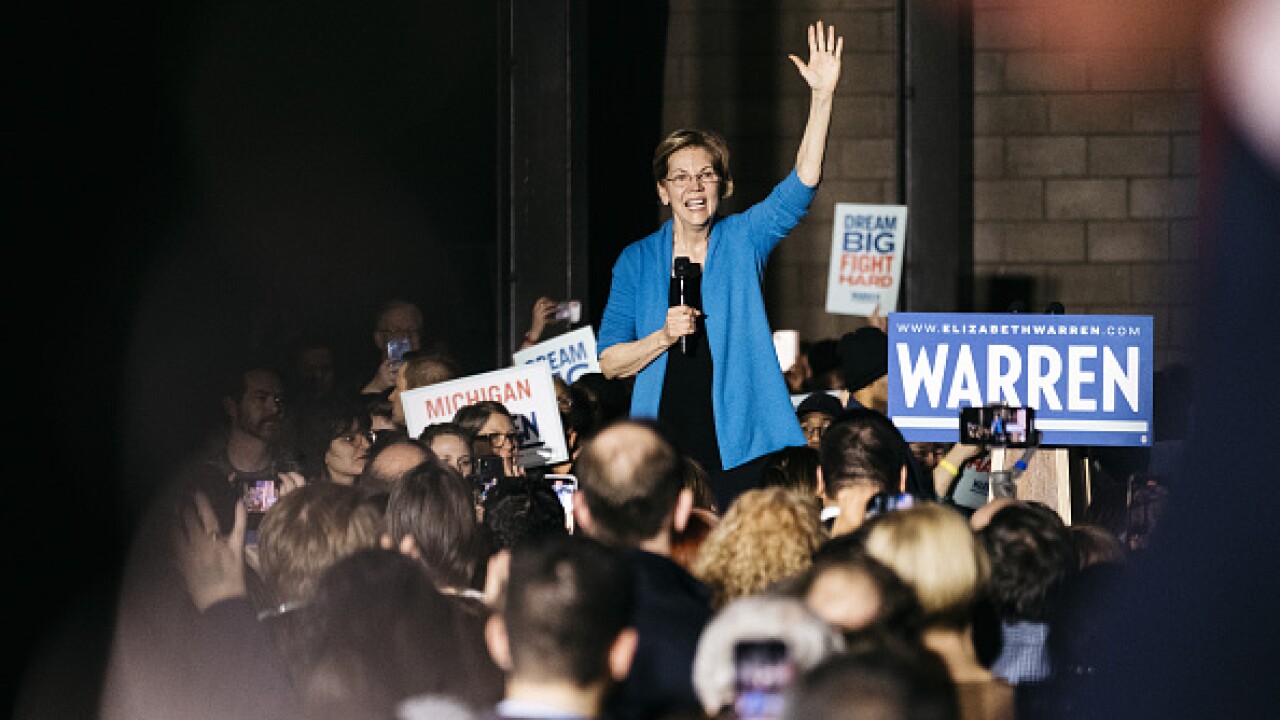 Bloomberg/Bloomberg via Getty Images
Senator Elizabeth Warren, a Democrat from Massachusetts and 2020 presidential candidate, gestures during a rally in Detroit, Michigan, U.S., on Tuesday, March 3, 2020. The biggest day of the presidential primary calendar will define the nomination fight for Bernie Sanders and Joe Biden and determine whether Michael Bloomberg and Warren have a rationale for carrying on their campaigns. Photographer: Erin Kirkland/Bloomberg via Getty Images

WASHINGTON (AP) — The future of Sen. Elizabeth Warren’s presidential campaign is in serious doubt after she finished a surprisingly weak third in the Democratic primary in her home state of Massachusetts.

The disappointing finish in the state she represents, and a weak showing in other Super Tuesday contests, mark a striking collapse for the onetime favorite of progressives who was known for “having a plan” for nearly everything.

After mediocre showings in the first four states, where Warren never finished higher than third place, Warren is trailing significantly in the delegate count.