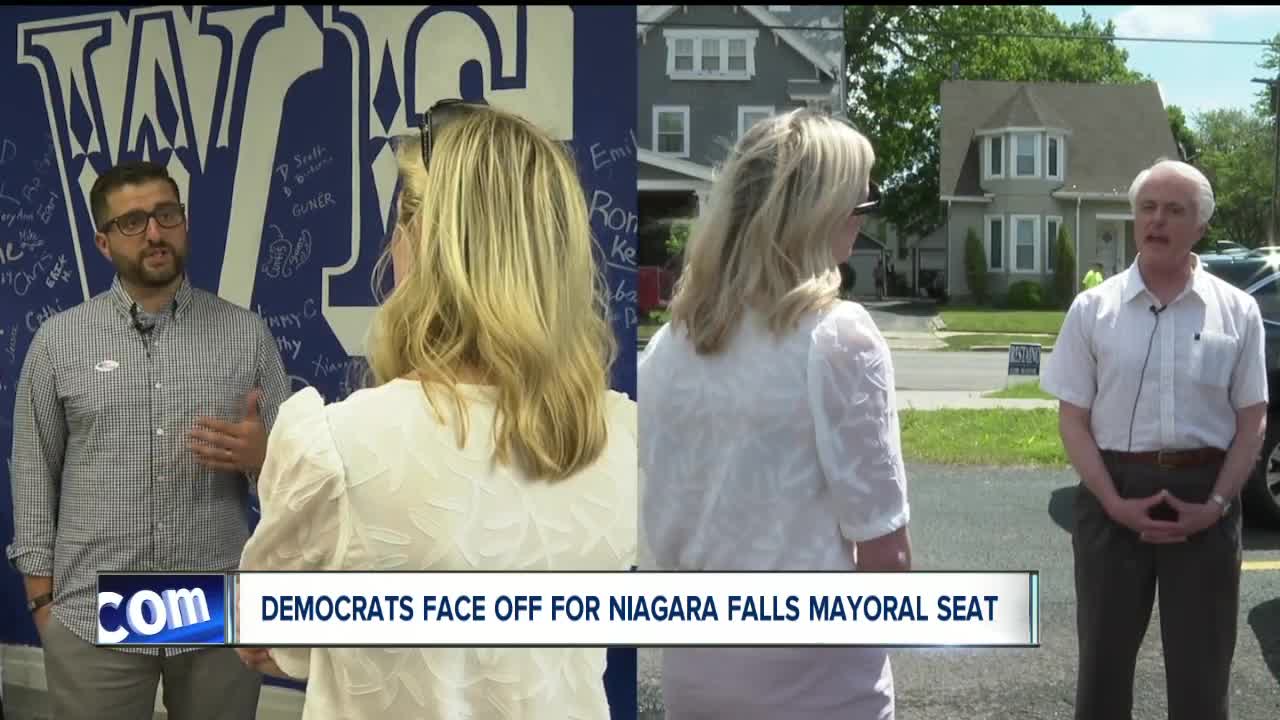 We talk to the candidates running for Niagara Falls Mayor.

Voters were ready and waiting to cast their ballots when polls opened at Maple Avenue School in Niagara Falls Tuesday.

They’re choosing between Robert Restaino and Seth Piccirillo for the democratic candidate for mayor.

Restaino was among the first to vote.

Piccirillo spent the morning calling voters and reminding them to vote.

The 37-year-old father of two currently works for the city as the community development director. But, he has his own ideas if elected mayor.

He vows to cut taxes, while investing in neighborhoods and establishing community policing. “Making sure there's a connection with a police officer working a beat and the neighborhoods creating an opportunity for police to interact before the caution tape goes up,” he said.

Democrats have a roughly three to one advantage over registered republicans. Still, the winner of Tuesday’s Primary will go up again Republican candidate, Glenn Choolokian in the November General Election.