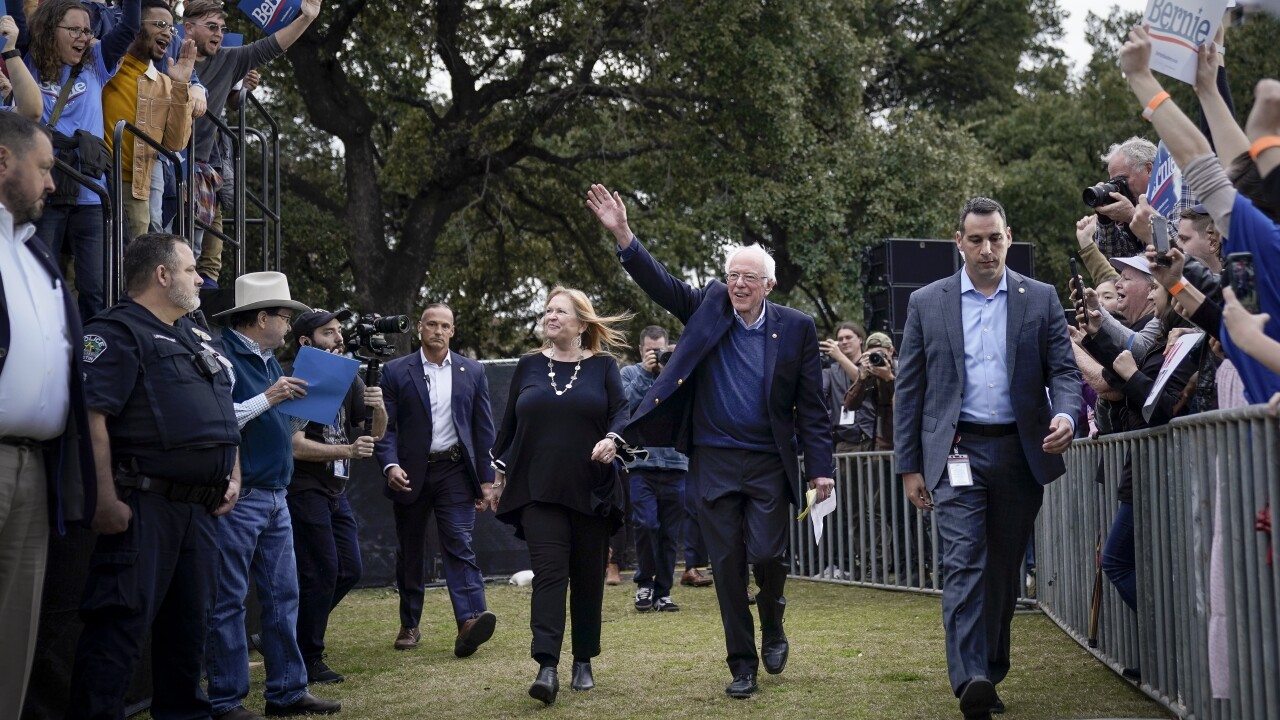 Drew Angerer/Getty Images
AUSTIN, TX - FEBRUARY 23: Democratic presidential candidate Sen. Bernie Sanders (I-VT) and his wife Jane Sanders arrive for a campaign rally at Vic Mathias Shores Park on February 23, 2020 in Austin, Texas. With early voting underway in Texas, Sanders is holding four rallies in the delegate-rich state this weekend before traveling on to South Carolina. Texas holds their primary on Super Tuesday March 3rd, along with over a dozen other states. (Photo by Drew Angerer/Getty Images)

CHARLESTON, S.C. (AP) — Any momentum that Democratic presidential candidate Bernie Sanders gains in South Carolina after his win in Nevada could be devastating to Joe Biden.

The former vice president is looking to the state for a commanding victory that can keep his candidacy alive through Super Tuesday.

The March 3 contests will unfold in 14 states and award one-third of the delegates needed for the Democratic nomination.

Moderate Democrats are growing increasingly nervous that Sanders' call for a political “revolution” will drive voters away from the party, both in the matchup against President Donald Trump and in House and Senate races.