Here's the latest on the 27th congressional race 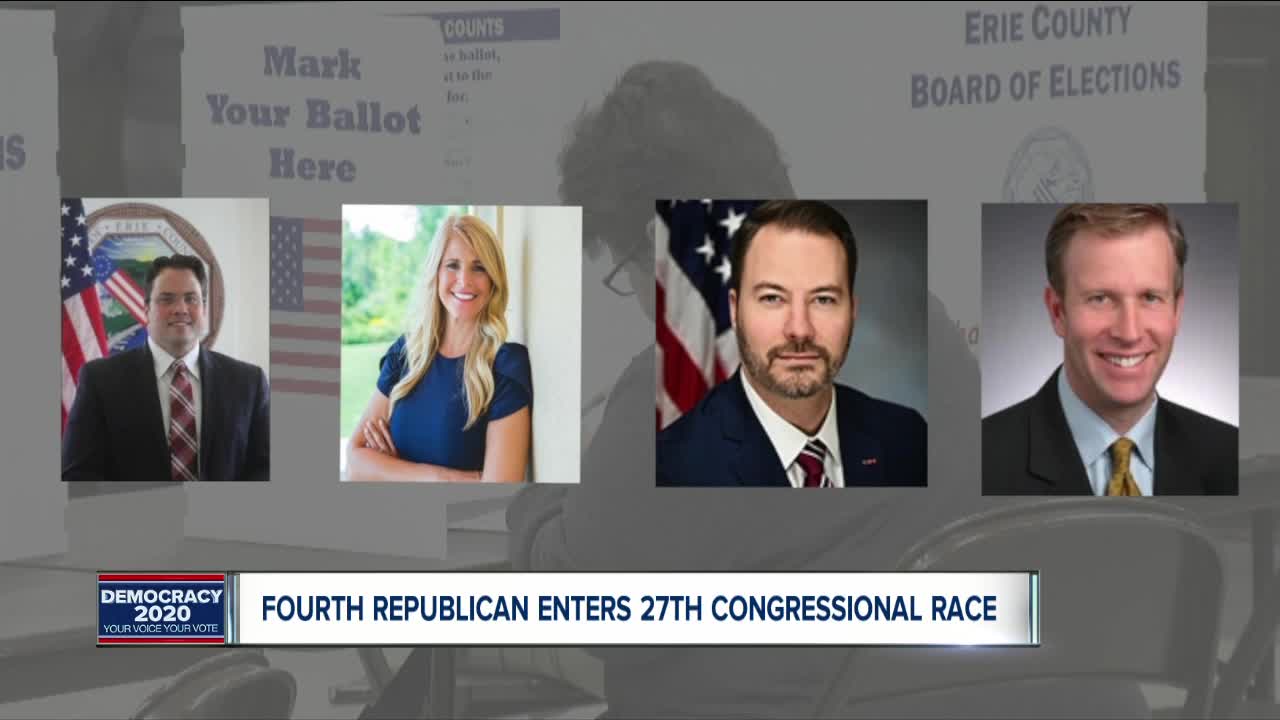 A fourth candidate has entered the race.

The conservative republican discussing his campaign platform of tax cuts and job growth at his Hamburg home Wednesday.

"I'm running in this race very organically. What you see is what you get because I want to be authentic and true to myself," said Parlato of her own campaign.

The one republican name on the ballot may well be decided by just eight people.

Here's why: if Governor Cuomo officially calls for a special election on April 28, than the eight county republican chairmen would chose one candidate to run against democratic opponent Nate McMurray.

Parlato respects but disagrees with the process. "I don't think the race should be decided by 8 people. The people want to vote."

The election has to be held within 70 to 80 days after the governor's proclamation. So, he wouldn't announce a special election until February if he wants it held on April 28.