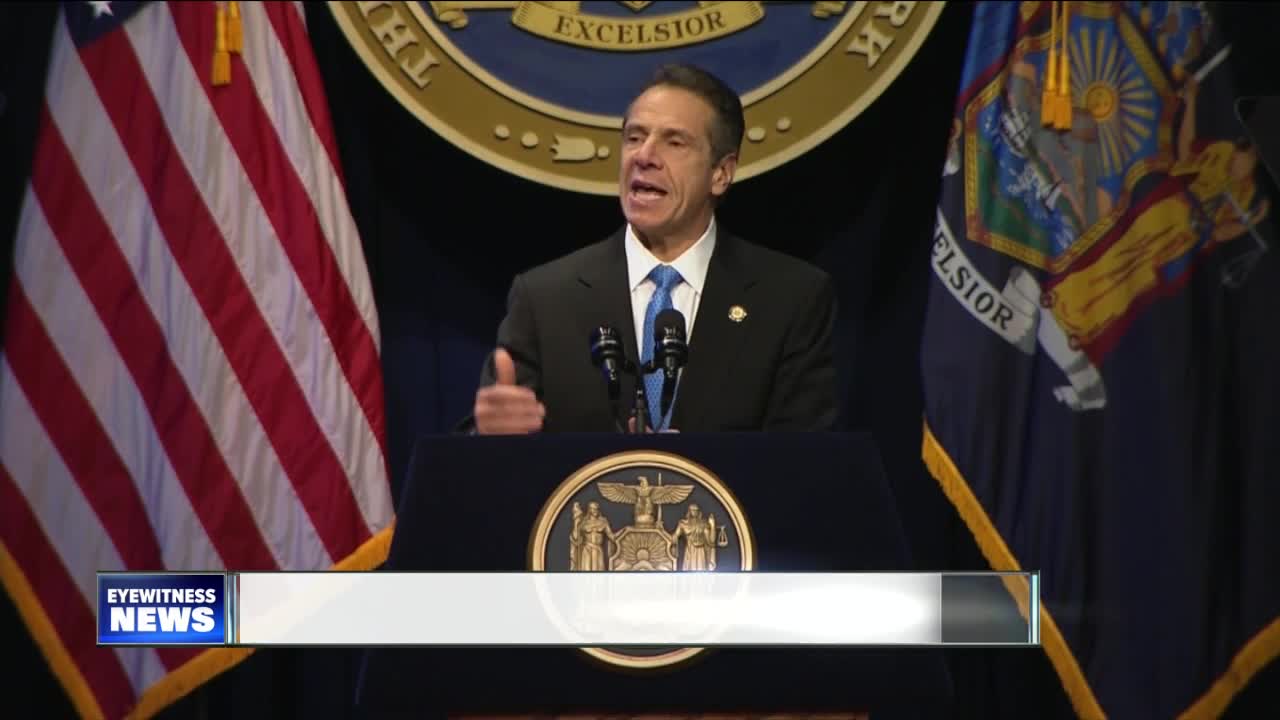 (WKBW) — Gov. Andrew Cuomo spent more than an hour at the podium, on Wednesday delivering the annual State of the State. The speech was meant to outline his vision for New York in 2020. Cuomo made the address at a convention center in downtown Albany to an audience filled with elected officials, special guests, and high school students from around the state.

He's proposing statewide paid sick leave. Companies that employ between five and 99 workers would give five days of paid leave, and companies with more than 99 employees would have to offer seven days.

Cuomo wants to expand the Excelsior Scholarship Program to offer tuition free public college to families making less than $150,000. Currently, the cap is $125,000.

"There was no discussion on accountability and programs. They're taking taxpayer money and they're finding ways to spend it and squander it," said Republican Assemblyman Angelo Morinello, of Niagara Falls.

He's proposing a $3 billion dollar environmental bond act. That's something that would need voter approval at the polls in November. "We must replant more trees, we must filter more drinking water, we must stop the nitrogen run off, and that's what the bond act will do. Those investments and more," Cuomo said.

Cuomo's planning a " Nothing to Hide Act," where elected officials making more than $100,00 would be required to release their income tax returns.
"Let's acknowledge displays of hate-filled mass violence for what they are — domestic terrorism — and let's pass the first-in-the-nation domestic terrorism law to include mass violence motivated by hate," Cuomo also proposed.

Specific spending proposals will be outlined during his State Budget Proposal later this month.