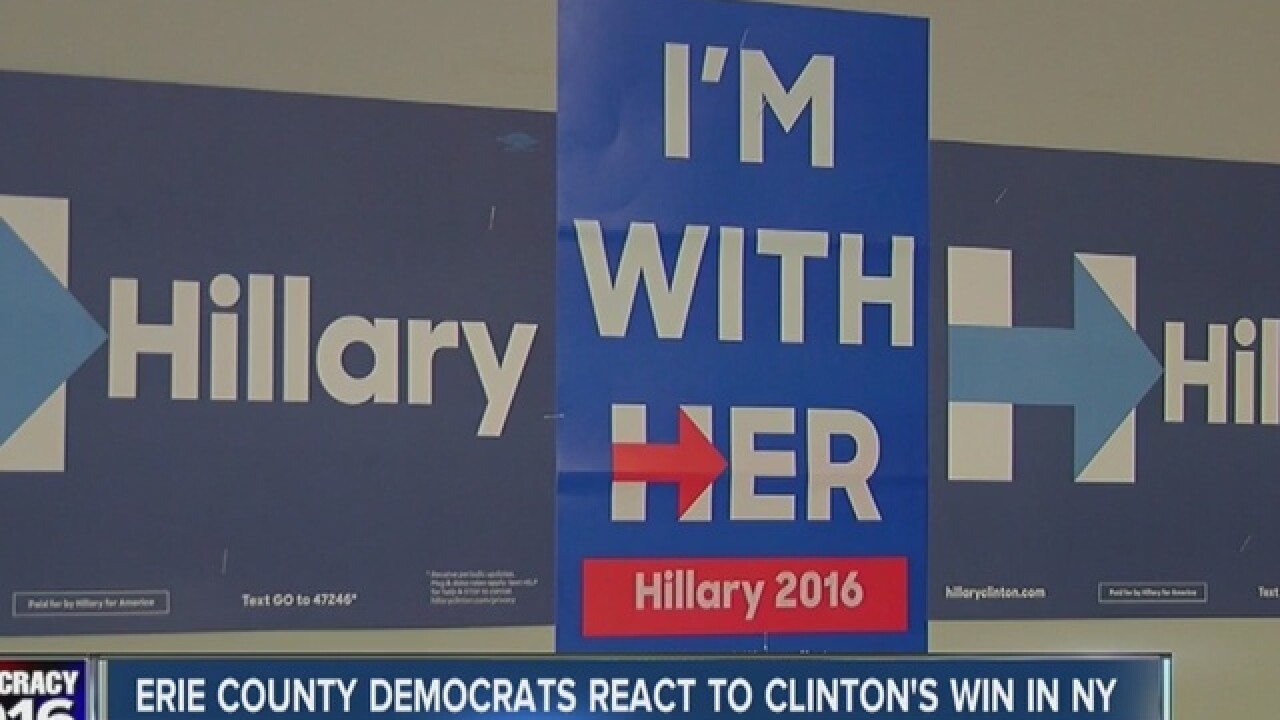 Hillary Clinton is all but declaring victory in the Democratic primaries, telling raucous supporters in New York that the race for the nomination "is in the home stretch and victory is in sight."

Clinton is addressing supporters after her convincing win in her home state against Democratic opponent Bernie Sanders. In a nod to her role as a New York senator a decade ago, she tells supporters they helped prove "once again, there's no place like home."

Clinton is reaching out to the supporters of Sanders, telling them she believes "there is much more that unites us than divides us."

The former secretary of state was winning by large margins in New York City's five boroughs, which hold more than half the votes in a Democratic primary.