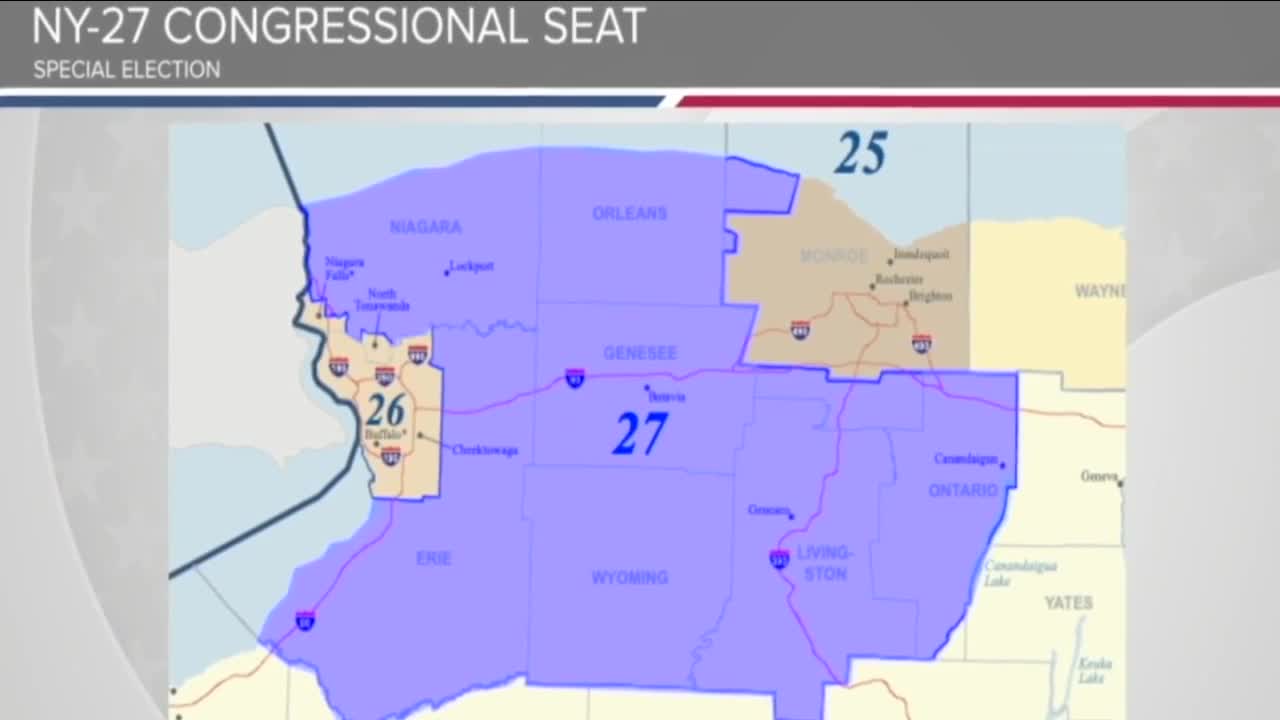 We caught up with Nate McMurray and Chris Jacobs on the eve of the Special Election. 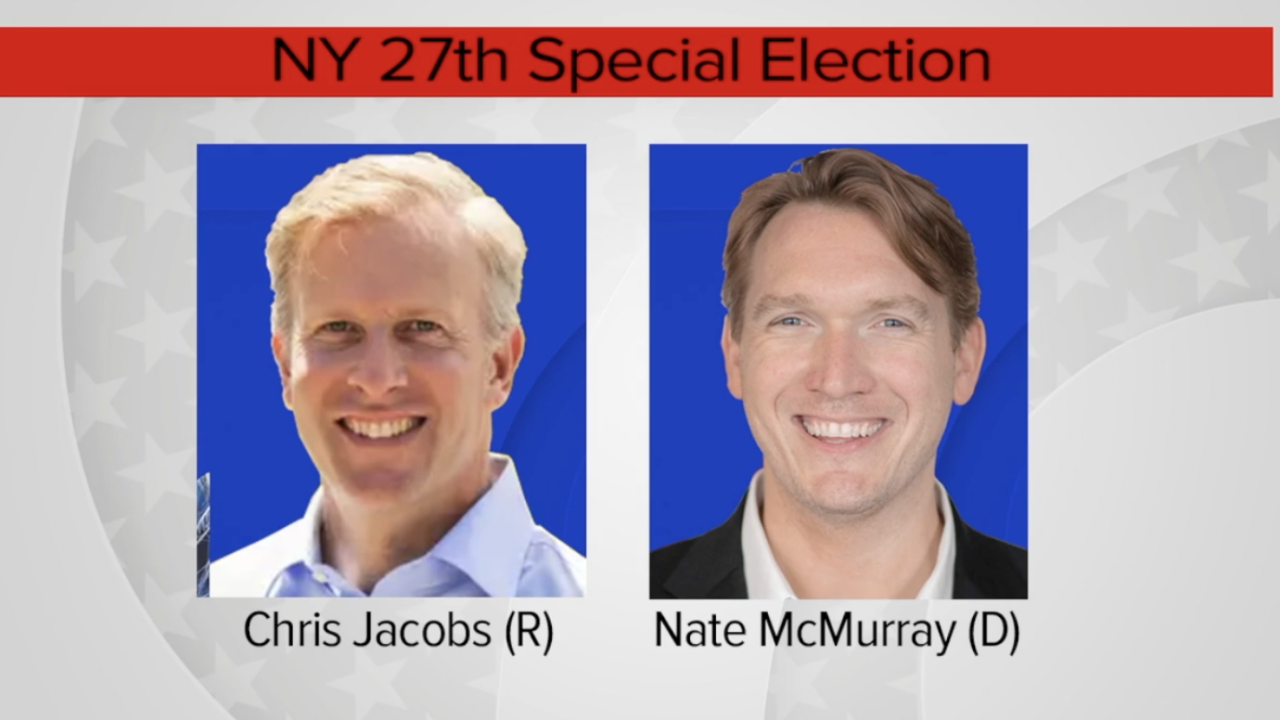 Touring Niagara County on the eve of Tuesday’s Special Election, Nate McMurray gave his campaign for New York’s 27th Congressional District one last push before voters head to the polls.

The democrat from Grand Island narrowly lost the election for the seat in 2018. Voters instead chose Republican Incumbent Chris Collins— who at the time was facing federal insider trading charges.

Reporter Ali Touhey: You couldn’t win against a republican under federal indictment. What makes this time different?

McMurray: That was a similar type of character. I think people are sick of the same old, same old. I think the fact that I stood up to Chris Collins in 2018, people see that I’ll stand up to that and I’m someone who will stand for integrity.

“I commend Pres. Trump talking about the threat of China. We need to economically distance from China and we need to bring our manufacturing and good paying jobs back here,” he said.

The 27th Congressional District is a republican stronghold. it has some 40,000 more registered republicans than democrats. Political experts said if McMurray can pull off an upset, it could have implications for President Trump’s re-election.

“If the democratic candidate can win this race, it would send a clear message to Washington that the Trump re-election campaign is in trouble,” said Buffalo State College Political Science Professor, Peter Yacobocci.

The race won’t be decided on Tuesday.

There are still some 100,000 absentee ballots that will need to be counted in the coming days and weeks.