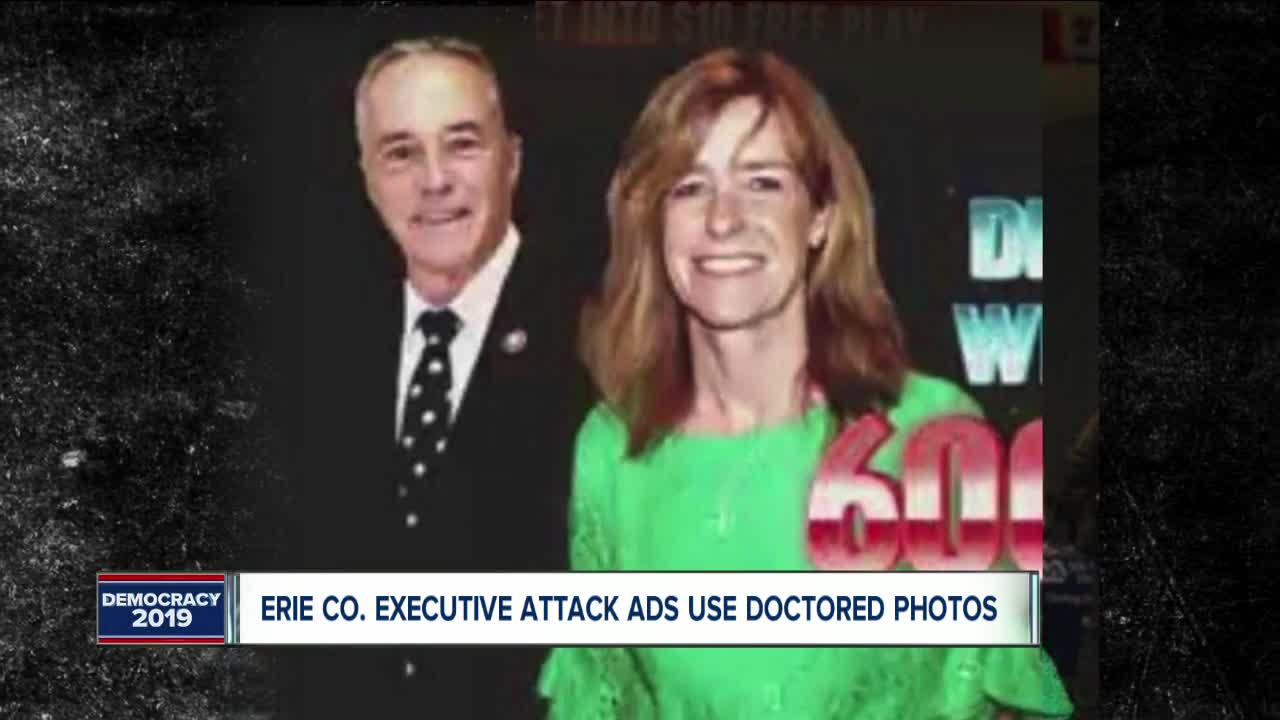 A recent television political attack ad linking Erie County Executive independence candidate Lynne Dixon to the now disgraced former Congressman Chris Collins, and within it, a manipulated photo where a purple heart recipient is photo shopped, out and Collins is put in his place.

"To photoshop out a purple heart recipient is the most disrespectful thing you could possibly do," Dixon said.

But, Dixon's campaign is no stranger to photo shop.

A social media ad by her campaign puts Poloncarz side by side of the governor by cropping out two men, including former SUNY Polytech president Alain Kaloyeros. He was convicted of bid rigging charges related to the Buffalo billion.

"For Mark Poloncarz to complain about an ad run online, in social media only, that has him at the very same event as the Governor. To compare that is completely different," said Dixon.

According to a post on Poloncarz's campaign Facebook page, "the veteran in the photo is not sure who he is voting for and Dixon released it to make it look like an endorsement." The post goes on to say "Lynne Dixon is trying to hide from her close connection to Chris Collins and his team. Collins former chief of staff is her main campaign adviser. She also did vote with Collins over 600 times while he was county executive, that is her record, she can try to defend it but facts are facts and voting records are voting records."

Canisius College Political Science Professor Kevin Hardwick, who also serves on the Erie County legislature, said neither ad violates any election laws. "There are no legal penalties unless they violate copyright laws or defame someone in some way."

As for the T.V. ad, it last ran on 7 abc on September 30. It's unclear why the Poloncarz campaign isn't running it anymore.