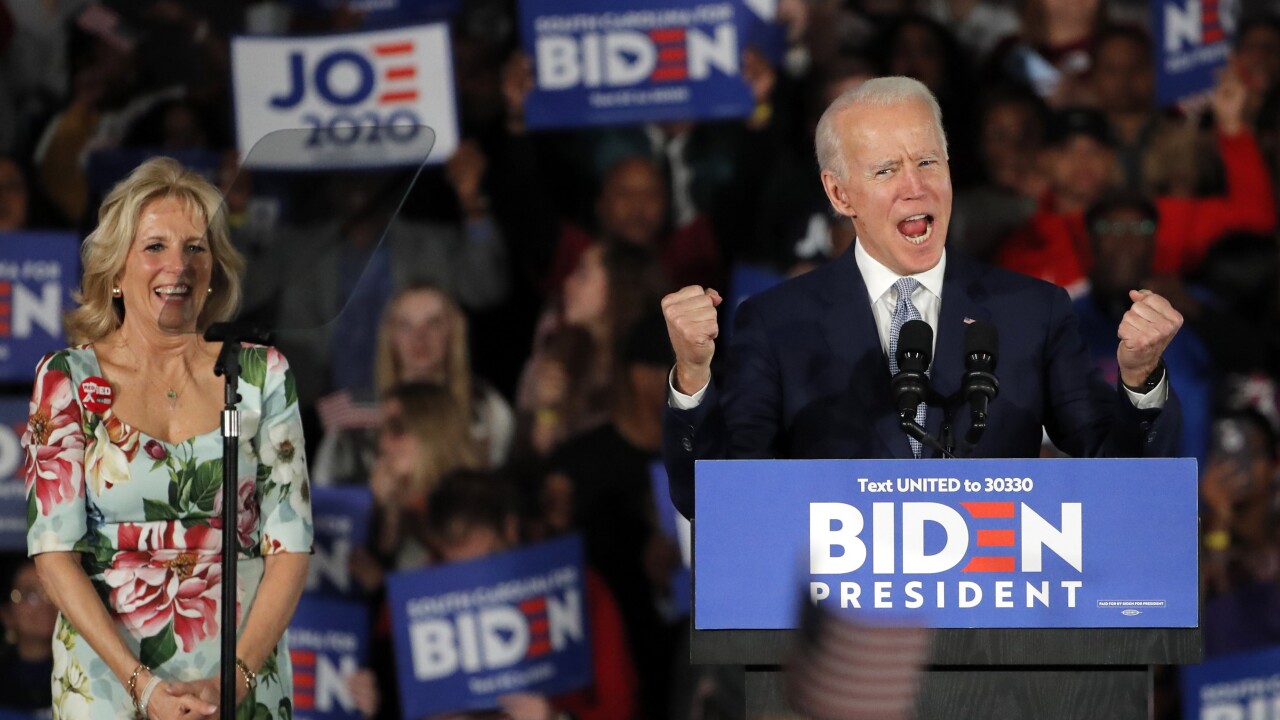 The decisive win could force moderate rivals out of the race and blunt the rise of progressive leader Bernie Sanders.

Biden vowed Sunday he would improve his campaign operation- and even his own performance - as the race pushes toward Super Tuesday.

Sanders, though, said his fundraising haul points to the vibrancy of his campaign. Key rivals are showing few signs of exiting.

Billionaire Mike Bloomberg will be on the ballot for the first time Tuesday, and Elizabeth Warren's campaign has talked openly of a convention fight this summer.