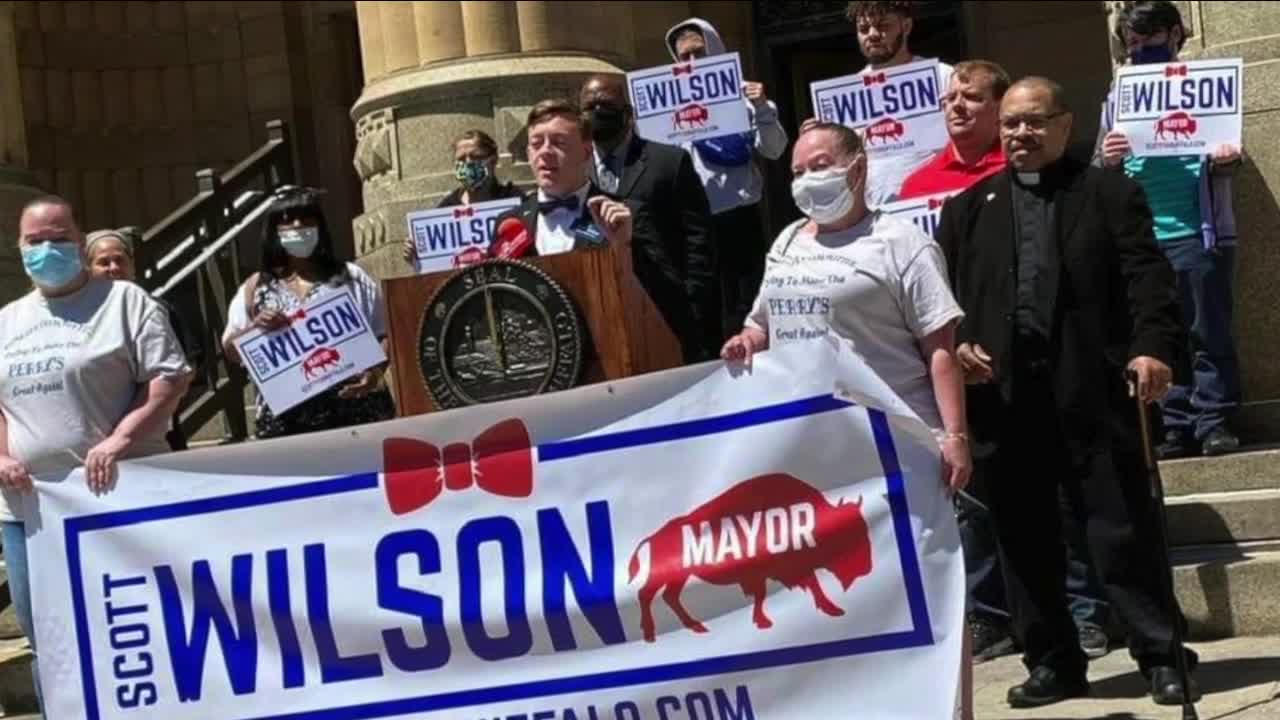 A 19-year-old plans to challenge Buffalo Mayor Byron Brown in the democratic primary in 2021.

BUFFALO, N.Y. (WKBW) — A 19-year-old from Buffalo said he wants to be the next Mayor of the Queen City.

The nineteen-year-old is born and raised in Buffalo.

Wilson’s experience includes working on a number of state campaigns. He also tried to run for Buffalo City Comptroller in 2019. But, ultimately, he didn't get enough signatures required to make it on the ballot.

“I’m going to be coming to your doors with a plan,” Wilson said. “But, I'm also going to be coming with a list of people who are going to help me make it happen on day one. I'm not here to propose empty promises. I'm here to work with the residents of the City of Buffalo, and I'm here to hire people for, not who they know, but what they know, so we can move this city into the future.”

In a statement, a spokesman for Mayor Brown said “The Mayor has absolutely no interest in talking about politics during a pandemic, following weeks of national protest over the murder of George Floyd, while working day and night for racial equity, the end to police brutality and restoring calm to the City of Buffalo. There is a time for campaigning and this certainly is not now.”

The Primary Election for the Mayor’s seat isn’t until June of 2021.