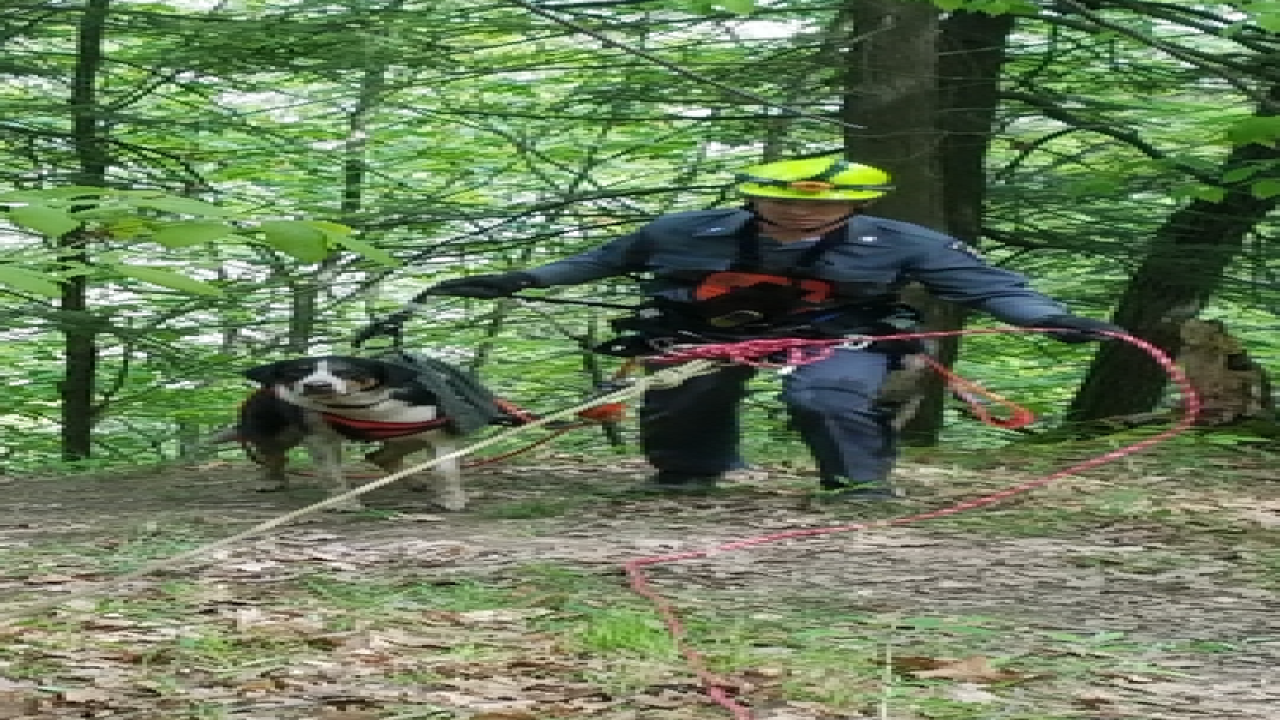 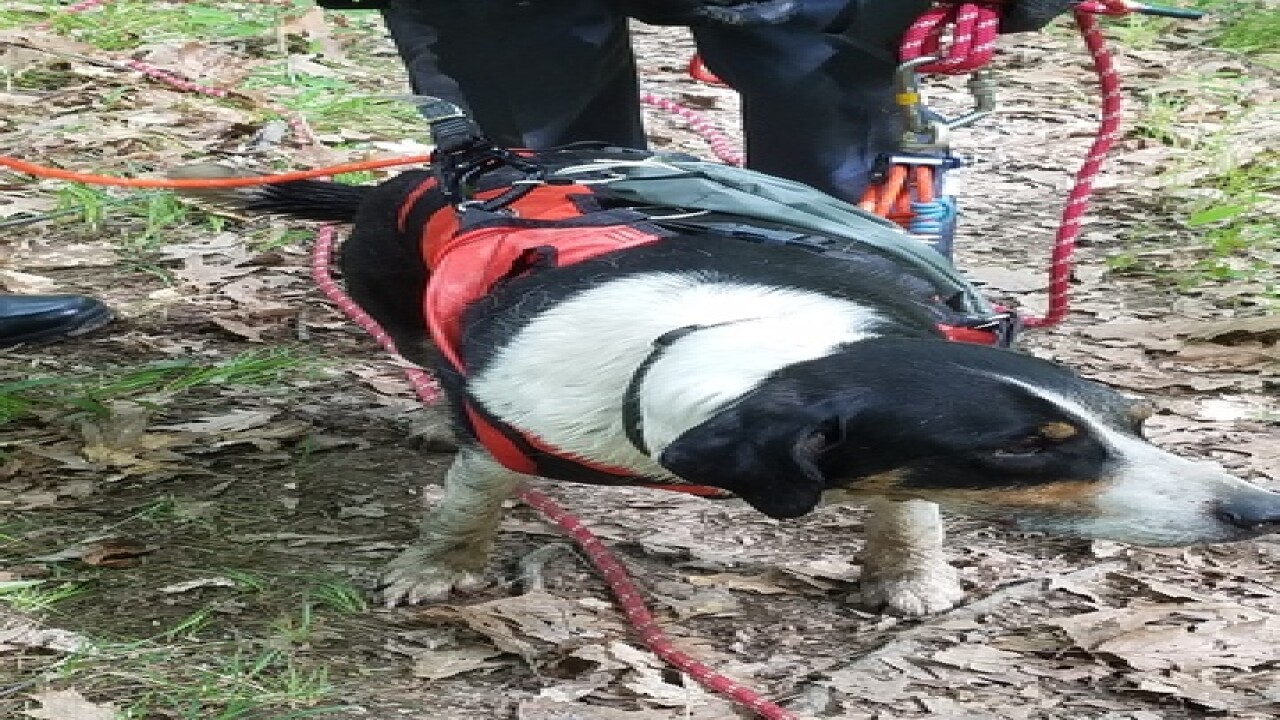 The dog was trapped about half-way down the 400-foot Letchworth State Park gorge. After receiving reports about a dog barking and and possibly stuck in the Hogsback Overlook, Sgt. Ryan Clancy was lowered about 200 feet to save the missing pet.

Since the area was not reachable from the river bottom, a "pick off" was the only option, police say. Because the dog was not visible, Park Police worked with the Livingston County Sheriff's Office to use a drone pinpoint the dog's location.

“This rescue is an important reminder of the selflessness, dedication and teamwork of the men and women charged with keeping New Yorkers and those who visit our great state park system safe,” State Park Police Chief David Page said. “Whether it’s the people who visit State Parks or their beloved family pets, these civil servants train hard and risk their lives to help others and serve New York.”

The dog, Skippy, had gone missing in the park two days earlier. He was returned to his owner with only minor cuts and scratches.