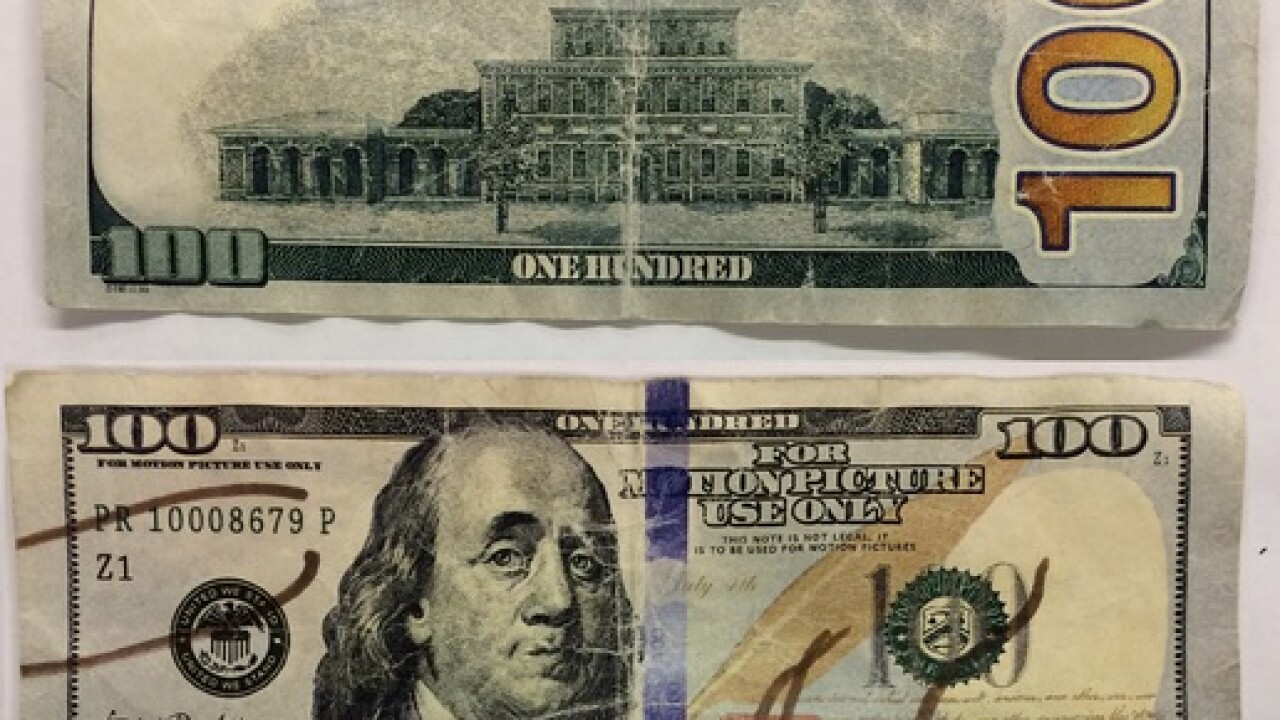 An Amherst woman is facing charges of trying to pass off a counterfeit $100 bill as the real thing.

Cheektowaga Police say Rinet Fox, 47, tried to use a phony $100 bill to buy two jars of mayonnaise at the Restaurant Depot on Duke Road. But the money "felt funny to the clerk," according to police. And upon closer inspection, the clerk noticed the bill contained the words "For Motion Picture Use Only" on it.

Fox is charged with possession of a forged instrument.

Police say more counterfeit bills are making the rounds. On April 17th, a citizen reported receiving three $100 bills with the same phrase on them.

Investigators are now warning businesses in the Cheektowaga area to carefully inspect any large bills. Police say the phony money looks like the real thing since it is used for props in the entertainment industry.

Anyone who has received counterfeit bills is asked to contact Cheektowaga Police at 686-3500.