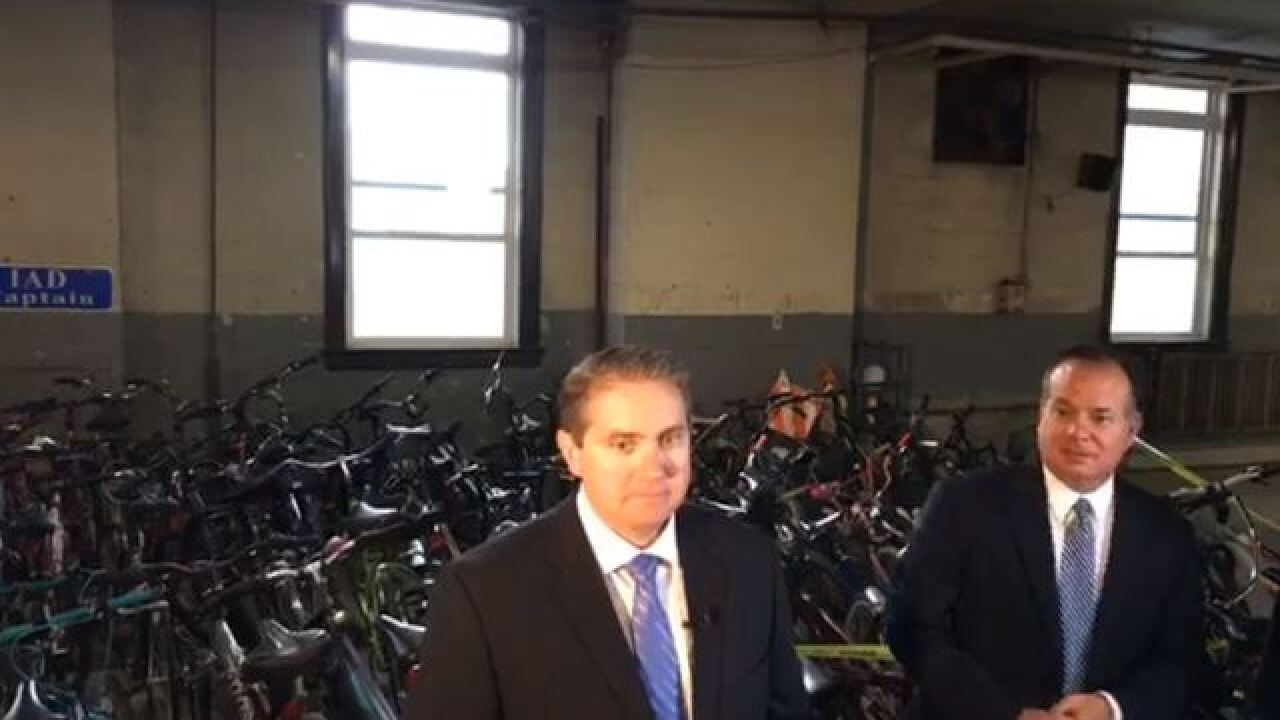 Buffalo Police recovered 90 bikes they believe were stolen from a residence on Plymouth Avenue last night.

This happened on the 500 block of Plymouth Avenue between Hampshire Street and Massachusetts Avenue.

Police say they were executing a search warrant for narcotics when they found the bikes. During the search, police found and seized heroin, cocaine and marijuana. Two people were arrested. Police have not released the names of the suspects.

The bikes are in the possession of the police. They are currently taking inventory of the bikes.