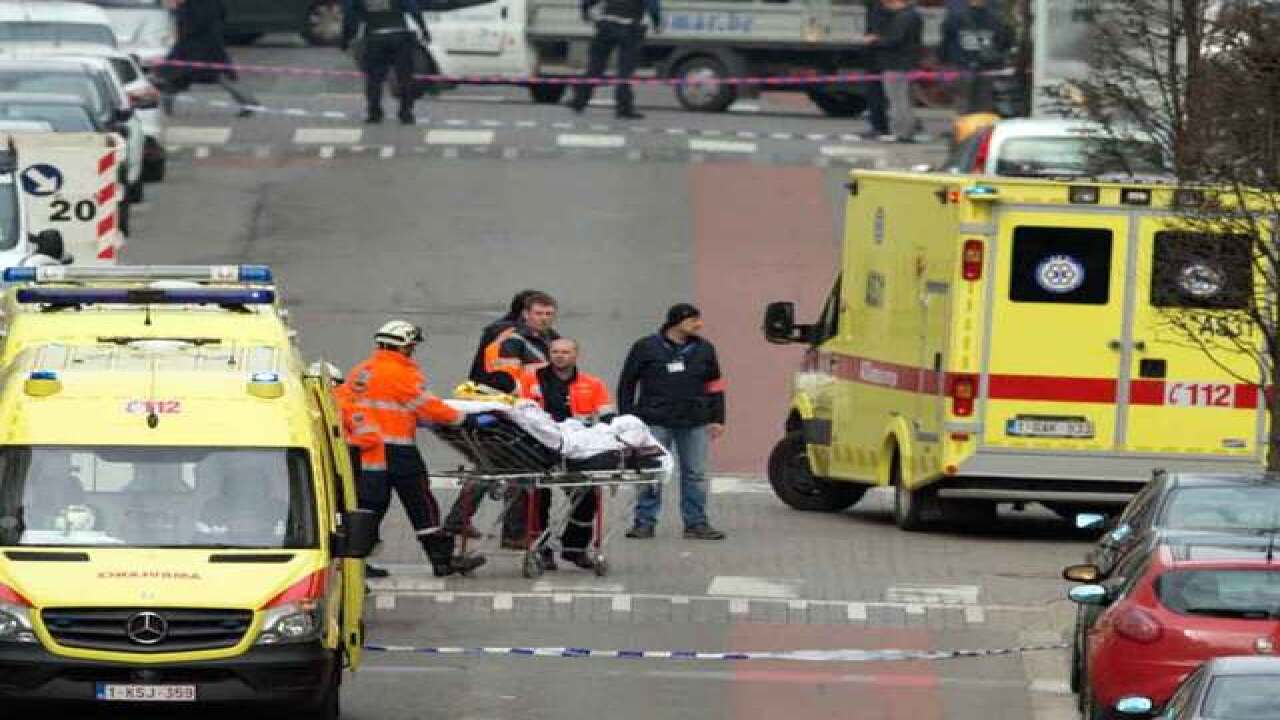 AP Photo/Virginia Mayo
<p>A victim is evacuated on a stretcher by emergency services after a explosion in a main metro station in Brussels on Tuesday, March 22, 2016. Explosions rocked the Brussels airport and the subway system Tuesday, killing at least 13 people and injuring many others just days after the main suspect in the November Paris attacks was arrested in the city, police said. (AP Photo/Virginia Mayo)</p>

Governor Andrew Cuomo has ordered police to step up security at high profile areas.  The guidance comes in the hours after terrorists killed more than 30 people in a Brussels airport and metro station.

Cuomo said he was "stunned and heartbroken" by the news.

Security will be stepped up at airports, bridges, tunnels and mass transit systems, according to a statement released by Cuomo's office..

State Police troopers will be on guard around Penn Station and Grand Central Station in Manhattan.

The World Trade Center is being secured by Port Authority police.

Downstate railroads are also being protected by State Police.

"Public safety is paramount, and I want the people of this state to know that we are working with all local and federal partners, remaining vigilant and taking all necessary measures to keep New Yorkers safe," Cuomo said.

The Governor said there is no known, credible threat to New York State.