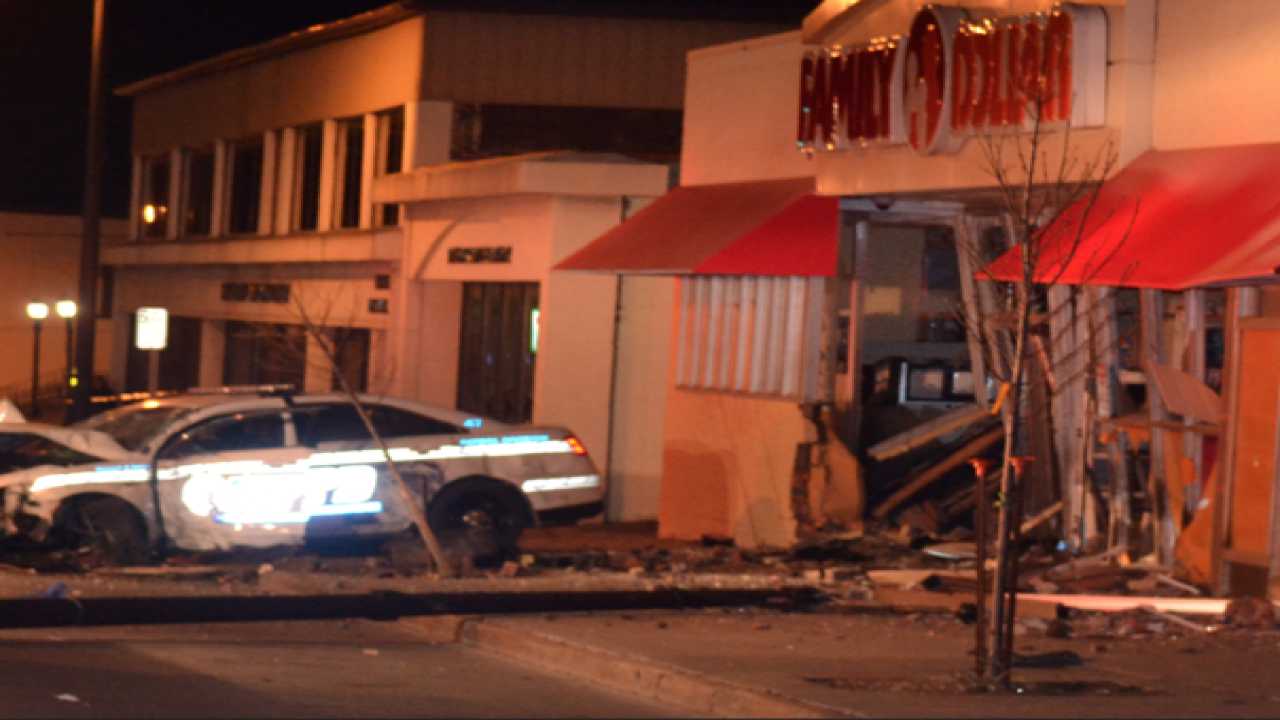 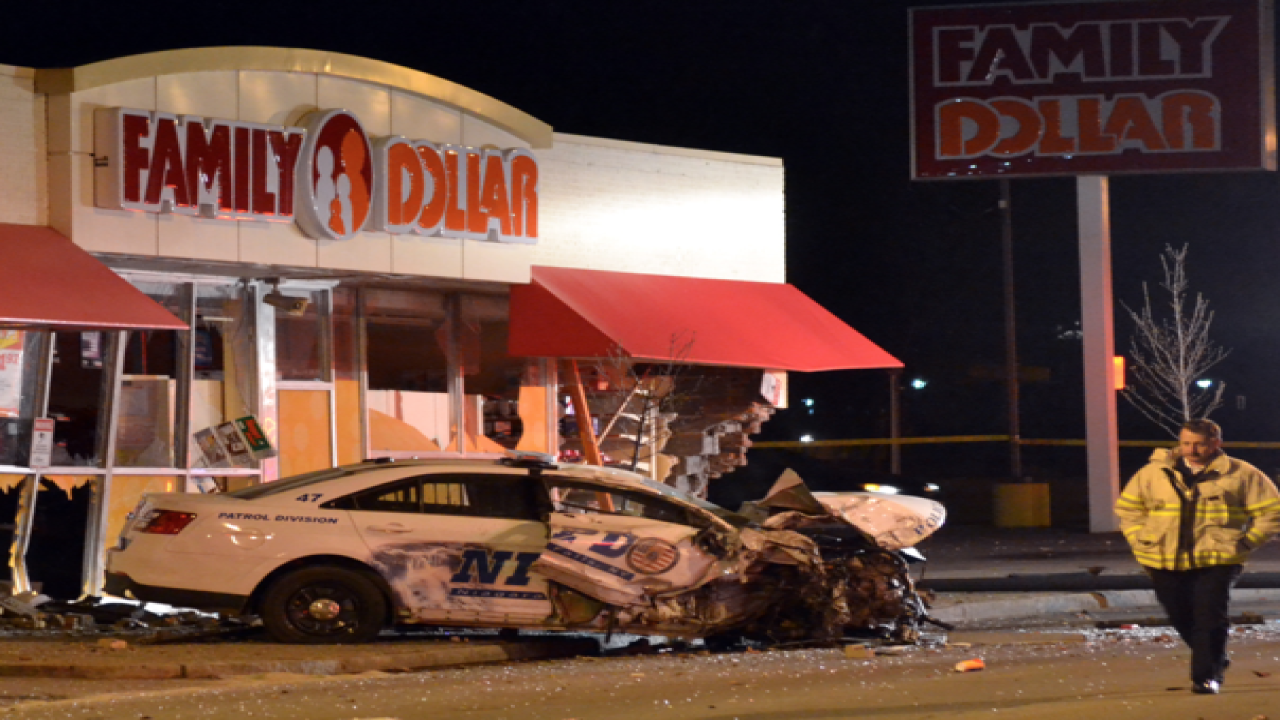 Authorities say an officer crashed into a Family Dollar store Tuesday night while responding to a call.

Crews were called to the scene outside the Family Dollar at 13th and Pine around 10:15pm Tuesday after the Niagara Falls Police officer crashed into it, causing substantial damage.

Mayor Paul Dyster tweeted overnight saying the officer, a three-year veteran of the force, was stable and was taken to Erie County Medical Center for testing.

Officer stable, at ECMC for testing to be safe. https://t.co/n7QTtSKI75

Police say the officer was responding to a resisting arrest call at the time of the crash. The officer and one store employee were taken to local hospitals for treatment and later released.

The crash is under investigation.