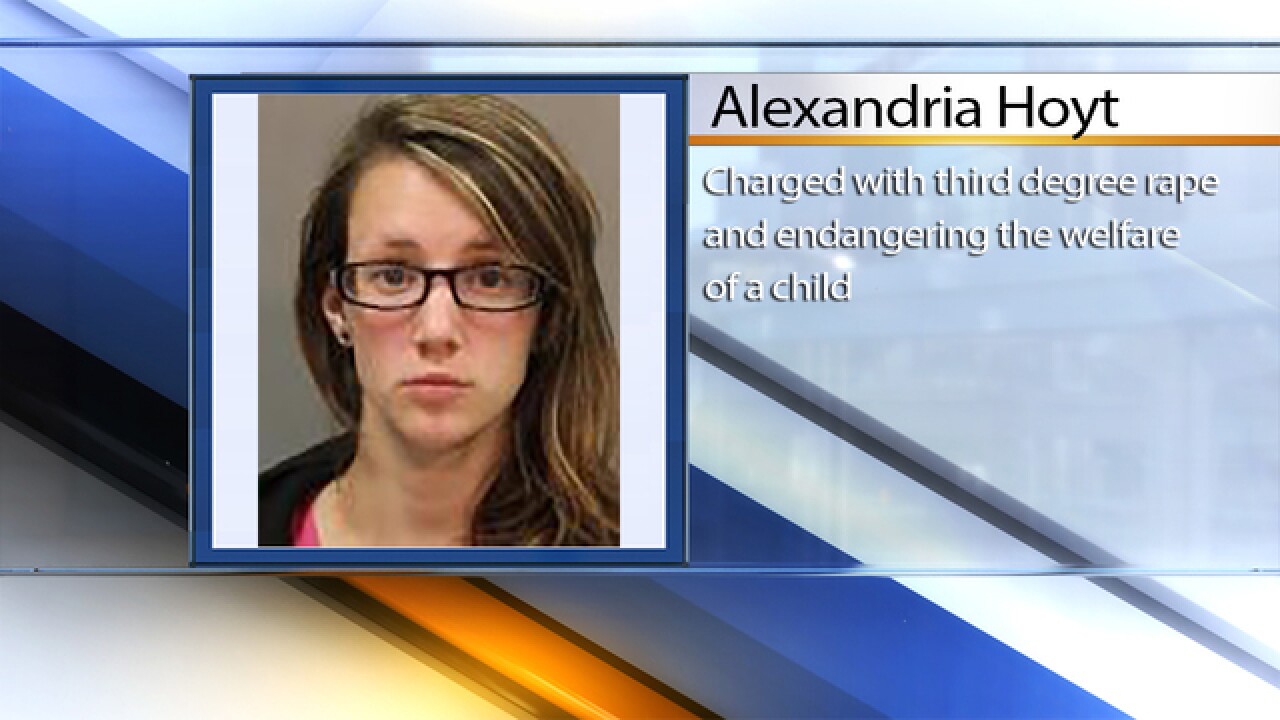 A Cheektowaga woman accused of raping a person less than 15-years-old has pleaded guilty to a lesser charge.

Alexandria Hoyt was arrested last year on charges of third degree rape and endangering the welfare of a child. Troopers say the 22-year-old woman had a “sexual encounter” with the young teen in the Town of Lockport.

Hoyt pleaded guilty this week to a lesser charge of criminal contempt. She was sentenced to 90 days in jail.

She will also serve six years of probation.