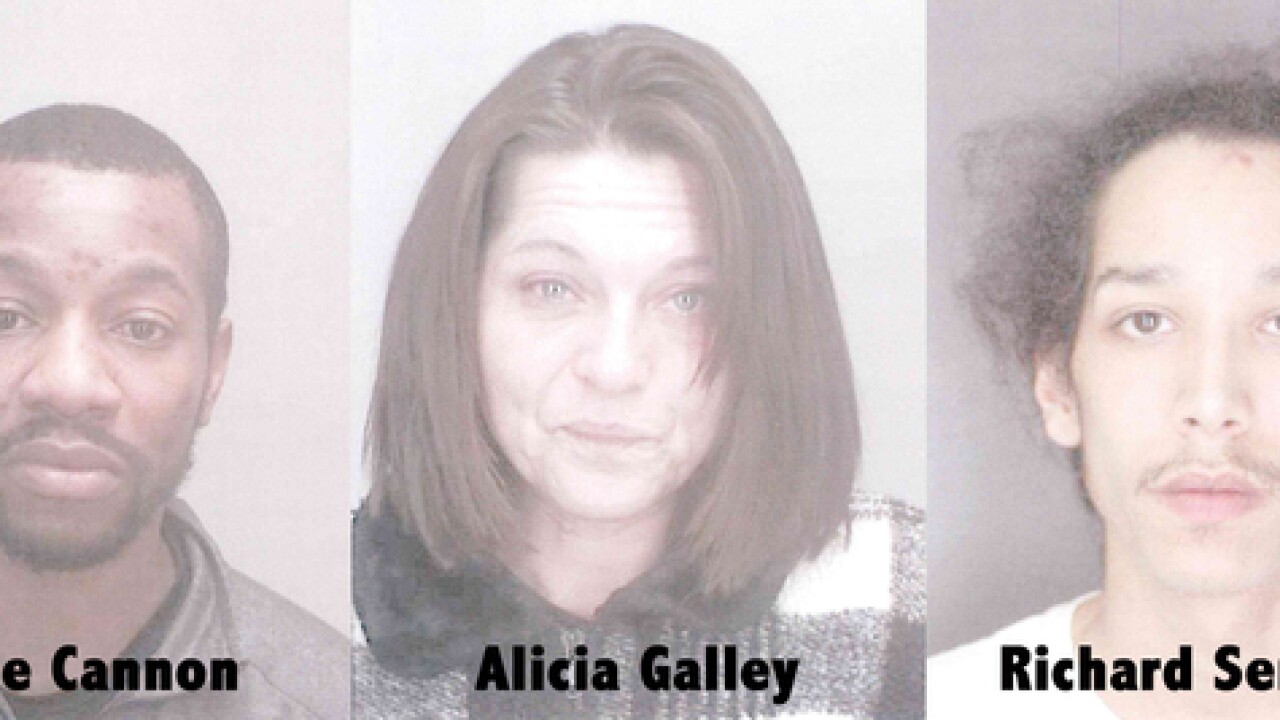 Three people are charged with kidnapping a person at gunpoint on Harlem Road in West Seneca.

Police announced the arrests of Willie Cannon, 28, Alicia Galley, 43, and Richard Serrano, 20, all of Buffalo, on Wednesday. Officers say in November, no specific date give, they were involved in a botched kidnapping that ended with a shooting and the victim fleeing.

The trio allegedly forced a victim into a car at gunpoint on Harlem Road. The car was then driven into Buffalo where there was a struggle for the gun. Shots were fired while the vehicle was in motion and Cannon was struck.

The victim fled and called police.

Galley and Cannon are being held in the Erie County Holding Center without bail, while Serrano is being held on $100,000 bail.

Authorities did not say a motivation for the kidnapping.