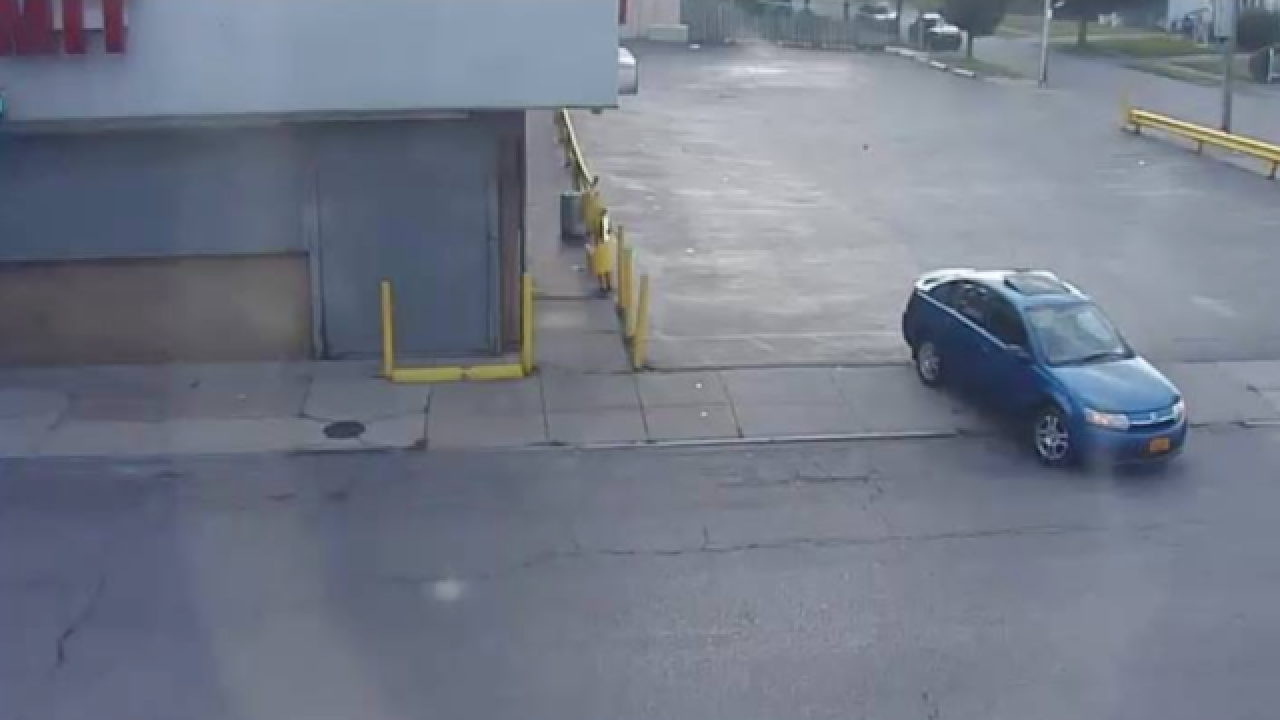 Buffalo police are looking for information on the driver of a blue four door car, that may have been involved in Tuesday morning's stranger danger alert.

The car appears to be a Saturn.  The car has a sunroof and appears to have a spoiler on the trunk.  The license plate is not visable.

Police say a female student was walking on Bailey Avenue, near Langmeyer, when the driver of "a small blue vehicle" stopped and asked the girl to get in.

The girl did not get into the car.  She reported what happened to police.

Buffalo police say this happened about 7:45 a.m. Tuesday.  The driver is described as a white man with a beard.

The surveillance picture is from a surveillance camera at Bailey and Schreck, which is just a block away from where the incident is said to have occurred.

Anyone with information on the driver or the car is asked to call the Buffalo police confidential tipline at 847-2255.