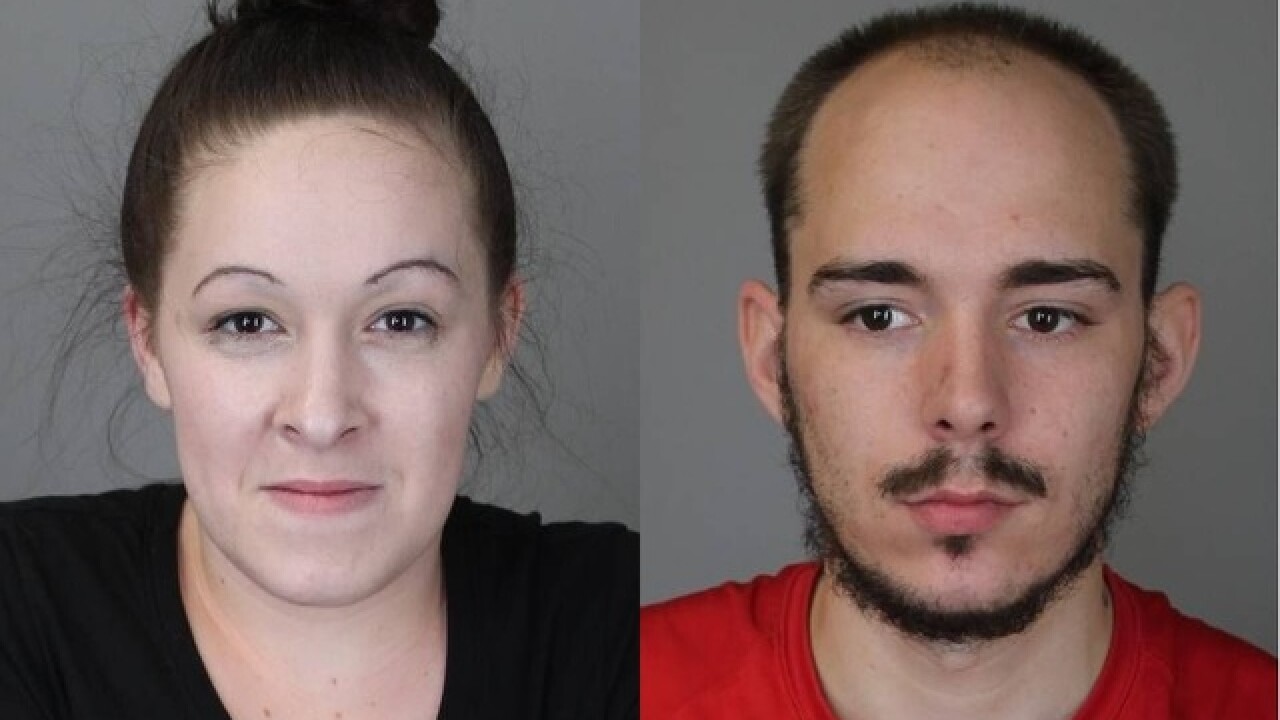 City of Tonawanda Police say a North Tonawanda woman and a Lockport man stole a purse from a woman's shopping cart at Tops, and led police on a foot chase.

According to police, 24-year-old Ashly Peace took the purse from a 70-year-old woman. Both Peace and 25-year-old Jesse Swanson attempted to flee the store. A customer inside Tops tried to stop Peace, but police say Swanson knocked the customer down.

Police were able to grab Peace in the parking lot of Tops. Swanson ran to the river walk just off of Niagara Shore Drive, according to police. During the chase, Swanson chucked the victims wallet on a townhouse deck and took two hyperdermic needles he had in his pockets, and threw those on on the riverwalk, police say. Swanson was apprehended by two detectives.

Both Swanson and Peace had two outstanding bench warrants.