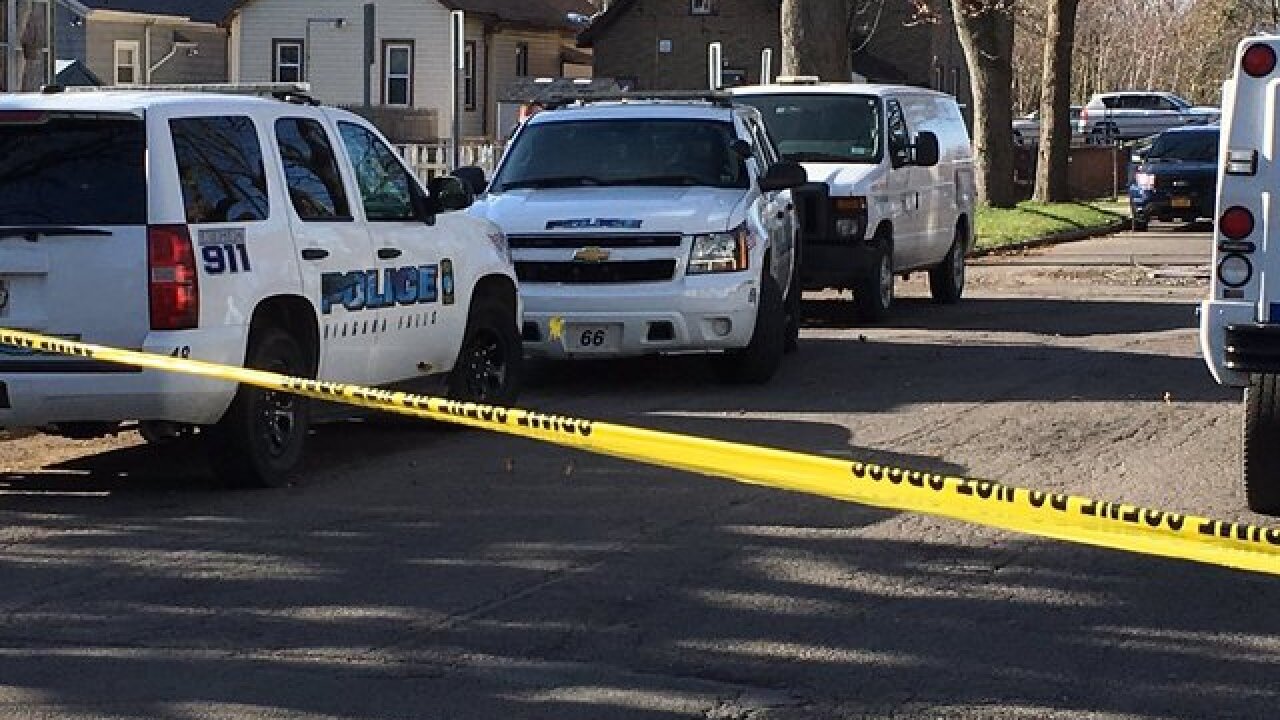 Two Niagara Falls Police officers have been injured after a struggle with an aggressive dog, Tuesday morning.

The two NFPD officers were originally called to the 1100 block of North Ave. to handle a report of 2 loose dogs.

The officers were able to peacefully restrain the loose dogs and were bring them back to their owner when a third dog burst from the home and attacked one of the police officers.

Police officials say the officer was forced to shoot the attacking dog several times to stop the attack. The second officer was hit in the leg, at least once, by the rounds fired by the first officer.

The officer hurt by the dog was taken to Niagara Falls Memorial Center to be treated. The second officer was taken to ECMC to treat the gun shot injuries and is expected to make a full recovery.

The incident is still being investigated and the names of the officers have not been released.