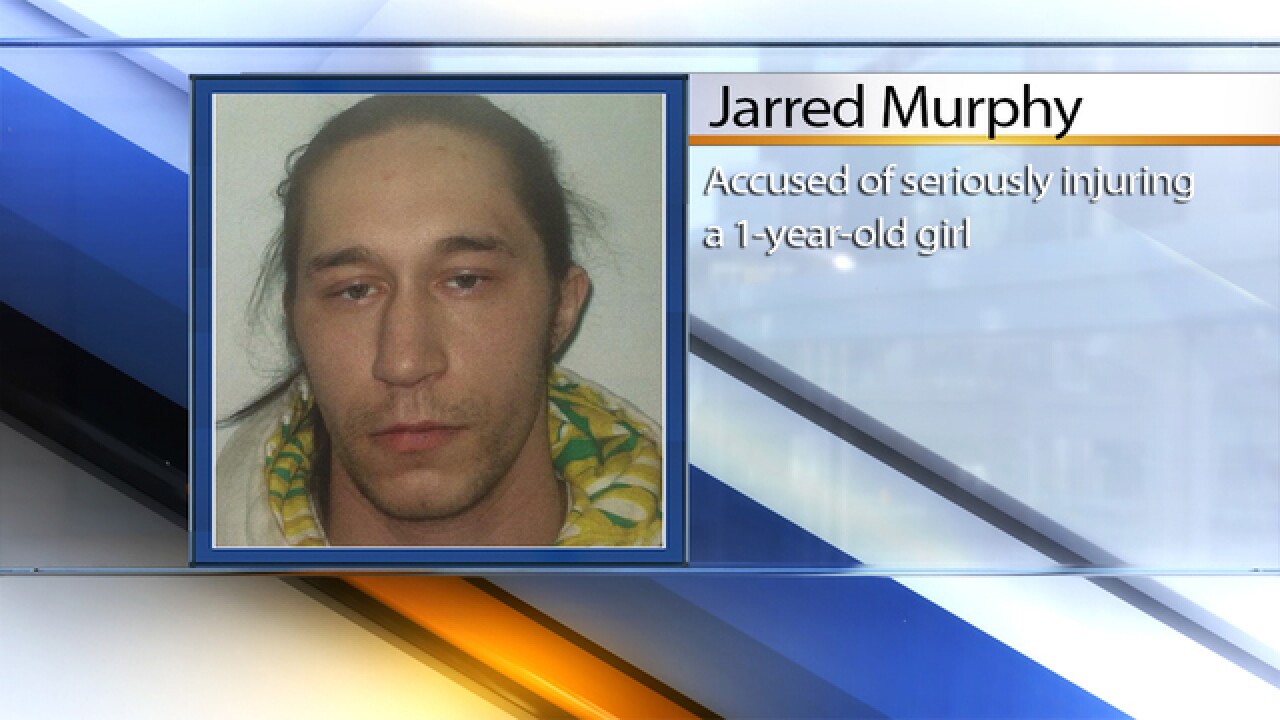 A Salamanca man now who admitted he seriously injured a 1-year-old girl by shaking, slamming or throwing the child is going to jail for five years.

Jarred Murphy, who was caring for the baby at the time first responders were called on March 26, 2015, pleaded guilty to second degree assault. The 26-year-old was sentenced Monday to five years in jail as well as five years post-release supervision.

Authorities were called to a home on Washington Street because of an infant in medical distress. The baby suffered serious, life-threatening injuries and first responders say the story of her caregiver did not match the gravity of the infant's injuries.

She was taken to Olean General before being transferred to Women and Children’s Hospital, where she underwent emergency brain surgery. Investigators say the severe head injury she suffered could not have been caused by a simple fall.

Salamanca Police Chief Troy Westfall says cases like this are difficult for the entire department, and adds, "If you're young and you're frustrated, because it's difficult to be a parent or put into the position of a parent role, if you're feeling frustrated, call someone to help you. You cannot take back these injuries... you cannot take them back. So please call someone in your family or friend to help you with the small child before you act."

Though Chief Westfall would not comment on the baby's family, such as where the mother was at the time of the incident, he did say that neither police nor Child Protective Services had previously visited this home.

"I wish it was extremely rare to the point it never happened, but we don't have those choices in life. And when something happens and is brought to our attention and if there's someone who's responsible for injuries to a small child, we have to follow up on that. I think anyone would want that," Chief Westfall said.