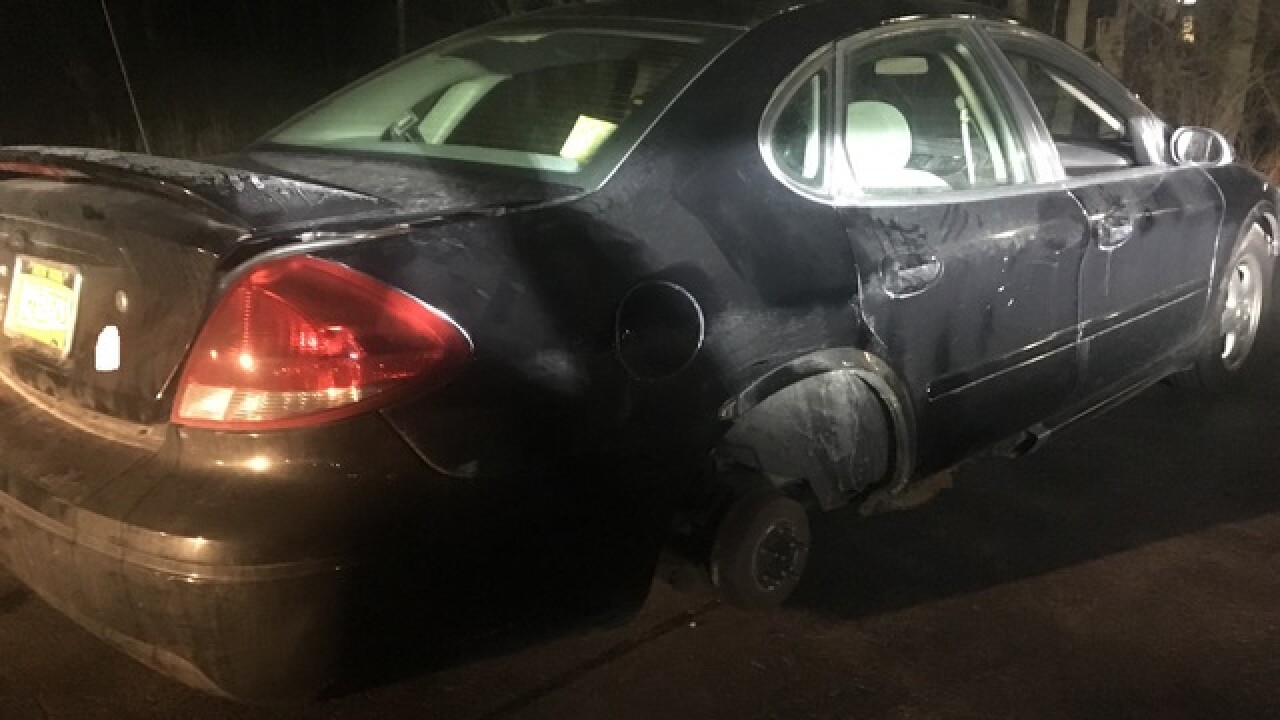 Looking at the picture, you’d think it’s impossible. But deputies say an intoxicated man was trying to drive this vehicle on Grand Island early Sunday morning.

The sheriff’s office was called around 2:45am on a report that an intoxicated man was trying to drive away from a Grand Island Boulevard fast food restaurant while missing a rear wheel.

Deputies arrived and say when they approached the vehicle, they found the engine running and 30-year-old Jamie Kraft of Buffalo in the driver’s seat.

The vehicle was resting on the right rear brake rotor and had a flat tire with lug nuts in the trunk. Deputies say there were scrape marks throughout the parking lot that ended where the vehicle came to a stop.

Kraft reportedly admitted he had been drinking. Deputies say after he failed the first six field sobriety tests, Kraft refused to do any others.

Kraft was arrested and charged with aggravated DWI with a BAC higher than .18 percent.