Driver killed after crashing into truck 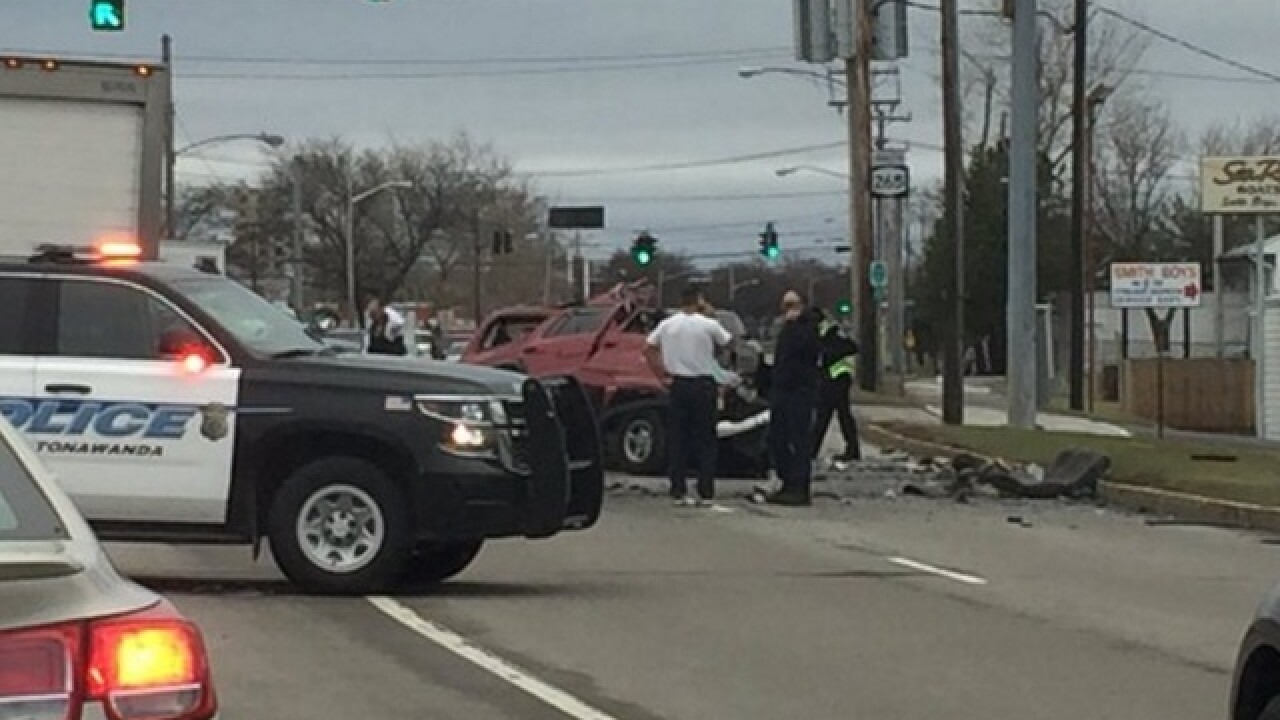 One person is dead after crashing their vehicle into a refrigeration truck that was stopped at a stop light.

North Tonawanda Police were called to River Rd. near Main St. around 9am Friday morning to investigate the violent collision.

Investigators say that the refrigeration truck was stopped at the light on River Rd., in the turning lane when a second, southbound, vehicle collided with the truck.

The driver of the southbound SUV was ejected from their car and killed in the crash. The name of the deceased is not being released at this point pending notification of family members.

Police say there will be no charges.