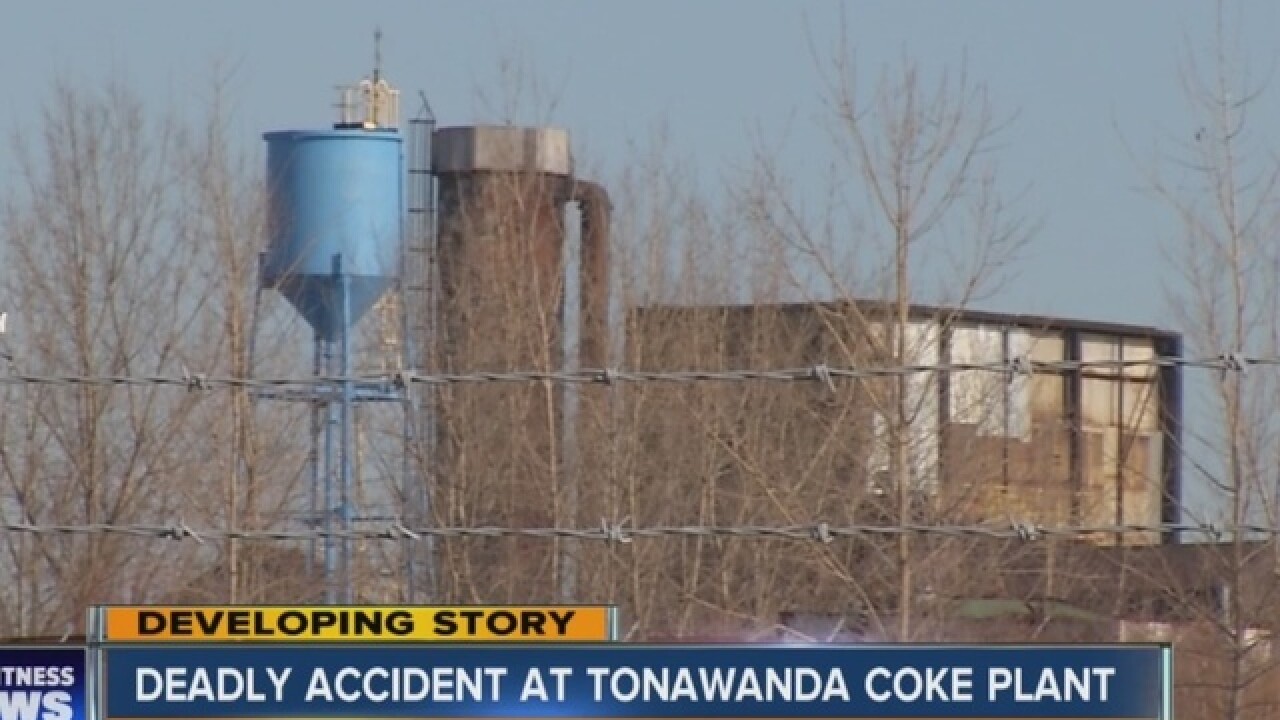 The U.S. Department of Labor's Occupational Safety and Health Administration is proposing Tonawanda Coke be fined $175,200 for safety violations tied to the death of a plant worker.

A 60 year-old man was preparing to lubricate an elevator on January 6 when OSHA says his jacket got caught, pulling him into the rotating shaft and killing him.

After a six-month investigation, OSHA determined Tonawanda Coke did not shut down the elevator or lock out its power source, which is required by OSHA. The company also failed to train employees on how to do so.

"Training employees on lockout procedures and ensuring these procedures are used would have prevented this needless loss of a worker's life," said Michael Scime, area director of OSHA in Buffalo. "Compounding this tragedy is the disturbing fact that OSHA cited Tonawanda Coke in the past for not following the requirements of the lockout standard. Yet, the company expose both the victim and another employee who greased and lubricated plant equipment to these same hazards. This is unacceptable."

In addition, OSHA says the River Road plant did not "guard projecting shafts and bolts on the coal elevator against employee contact" and did not conduct an inspection of energy-control procedures, resulting in repeated violations.

In total, OSHA has cited Tonawanda Coke for two repeated and six serious violations of workplace safety standards in connection with the January incident.

The plant has a long history of violations with OSHA. In 2014, it was fined $161,000 and cited for several workplace violations related to an explosion in which three workers were injured. OSHA determined the company failed to inspect and maintain safety systems leading to an overpressured coke manifold that released gas into an enclosed area. That gas ignited, causing the explosion.

OSHA issued 15 serious violations, which are given when death or serious harm is a risk, as well as two repeat fines for recurring hazards, failing to train employees in lockout procedures and not certifying inspections of lockout procedures.

Safety is Tonawanda Coke’s number one priority. Unfortunately, the tragic event of January 6th of this year claimed the life of a well-loved, long time employee.

Tonawanda Coke has conducted an extensive internal investigation with the assistance of an outside party while working with OSHA.

Tonawanda Coke is greatly disappointed with OSHA’s findings and disagrees strongly with the citations issued and penalties assessed. Tonawanda Coke is hopeful that the Company will be able to work with OSHA to resolve this matter through OSHA’s available procedures.

In 2015, Tonawanda Coke was fined $12 in civil penalties for violating the Clean Air Act by polluting the air around its Town of Tonawanda plant with benzene and ammonia.