On the road: NFTA Aircraft Rescue Fire Fighters in Cheektowaga 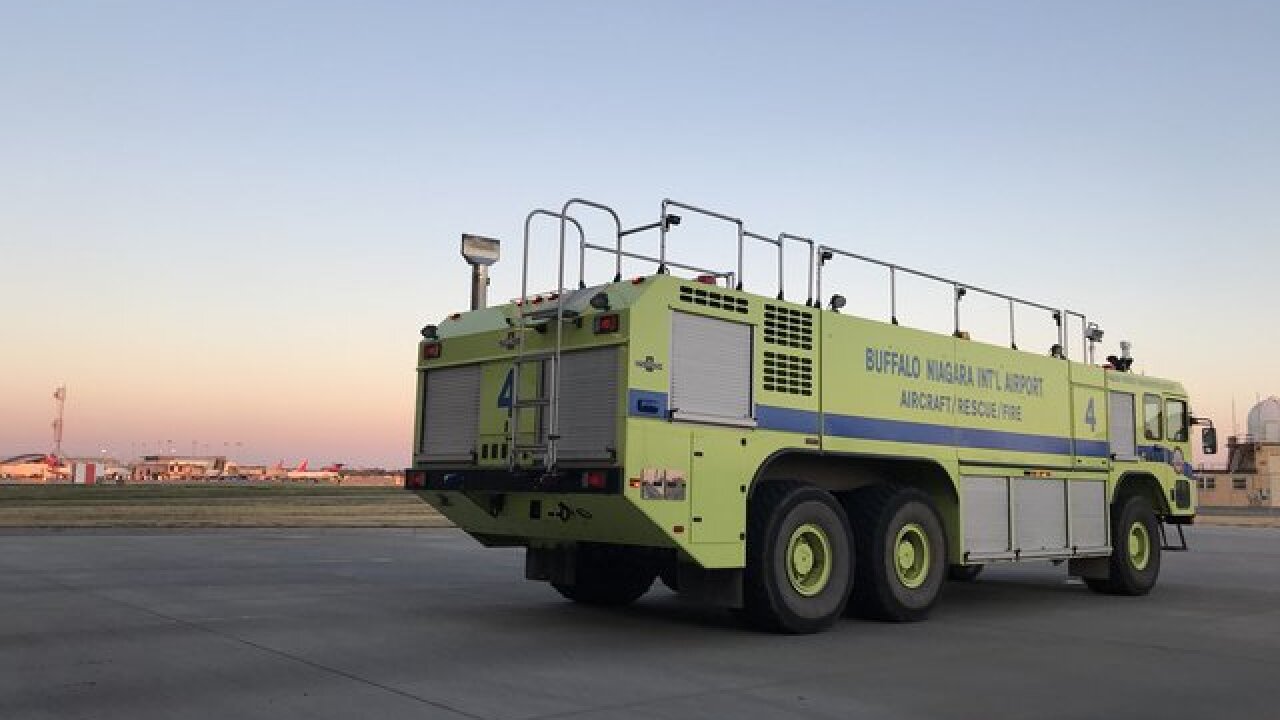 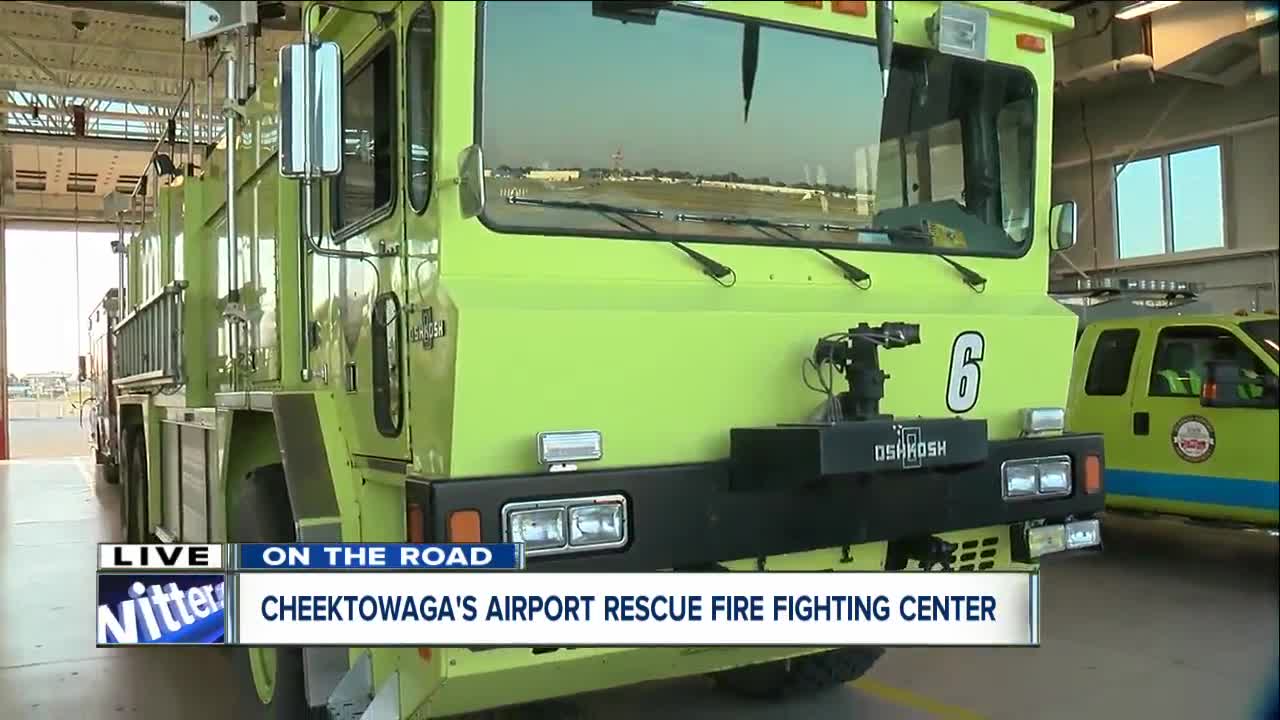 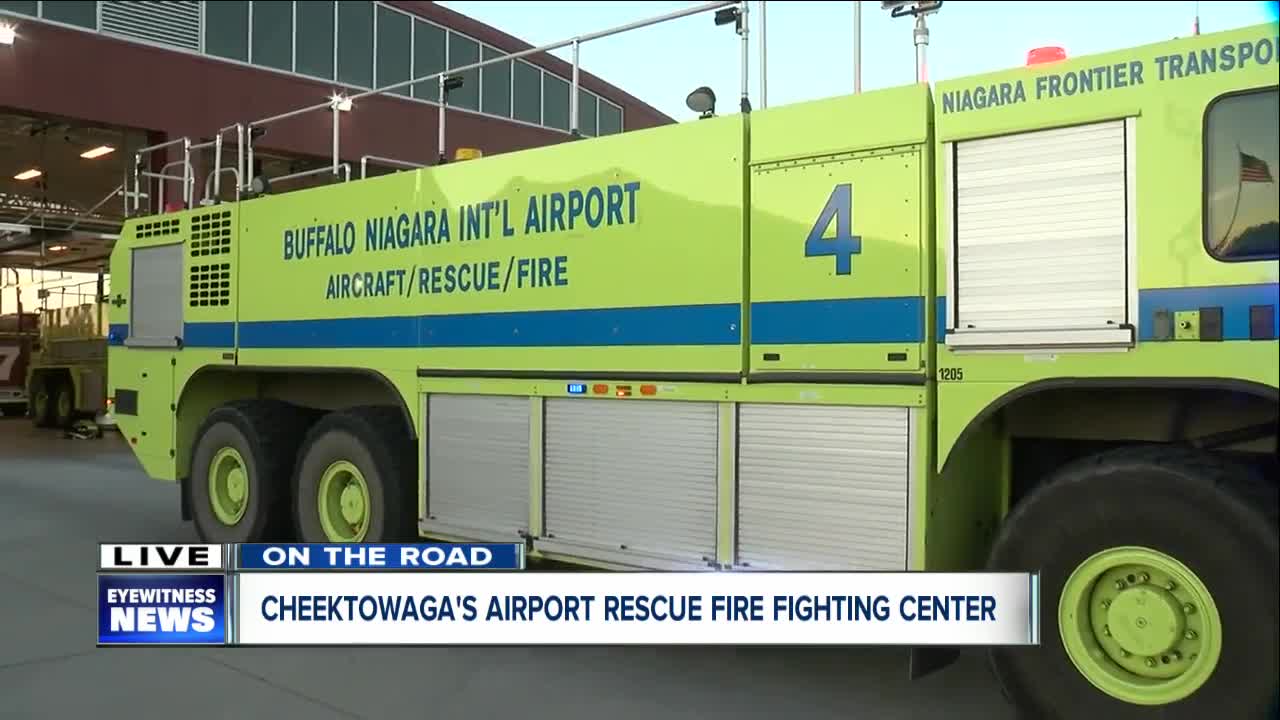 "If you don't see us, that's probably a great thing," says Chief Bill Major of the Buffalo Niagara International Airport Firefighters. His team of 40 firefighters and assistant chiefs train countless hours, but in an ideal world they never would never have to use their training.

1,000 feet from the runways of the Buffalo airport are ARFF, or Aircraft Rescue Fire Fighting crews. The FAA requires them to be on scene of an emergency within three minutes, but the crews in Cheektowaga are averaging a response time of just two minutes. They're prepared for aircraft emergencies, as well as any medical emergencies on the NFTA campus.

ARFF responds to about 700 calls a year, with only about 30-35 of those being aircraft emergencies. Fortunately, none of those recent aircraft emergencies have been significant, most of them just landing issues, bird strike reports or smoke. Majority of the calls for ARFF are EMS calls.

Fire trucks at ARFF look a little different than the firetrucks you're used to seeing for one major reason. Each truck is designed to be operated by one person. That means one firefighter is able to drive their engine and pump and direct water onto a fire alone. The engines are "pump and roll", while standard fire trucks must be stationary to pump water. This allows a small crew of six on-shift firefighters to bring several vehicles to a fire and put out any flames as quickly as possible so they can then focus on rescue.

Another organization focused on quick, life-saving rescue is Mercy Flight, located right next to the airport runways too. Both Mercy Flight and the airport firefighters work closely together. You can visit them at an open house on Sunday, July 22nd from 1 p.m. to 5 p.m. You can tour the facilities, engines and helicopters, meet the crews and see live demos. The address is 100 Amherst Villa Road, Cheektowaga.

"Everything is here, our firefighters, emergency operations training centers, it's an incredible facility," says Chief Major. The new building is just a year old, but has already provided incredible training opportunities and improvements in response time for the team, adding to the overall safety and experience of passengers of the Buffalo Niagara International Airport.