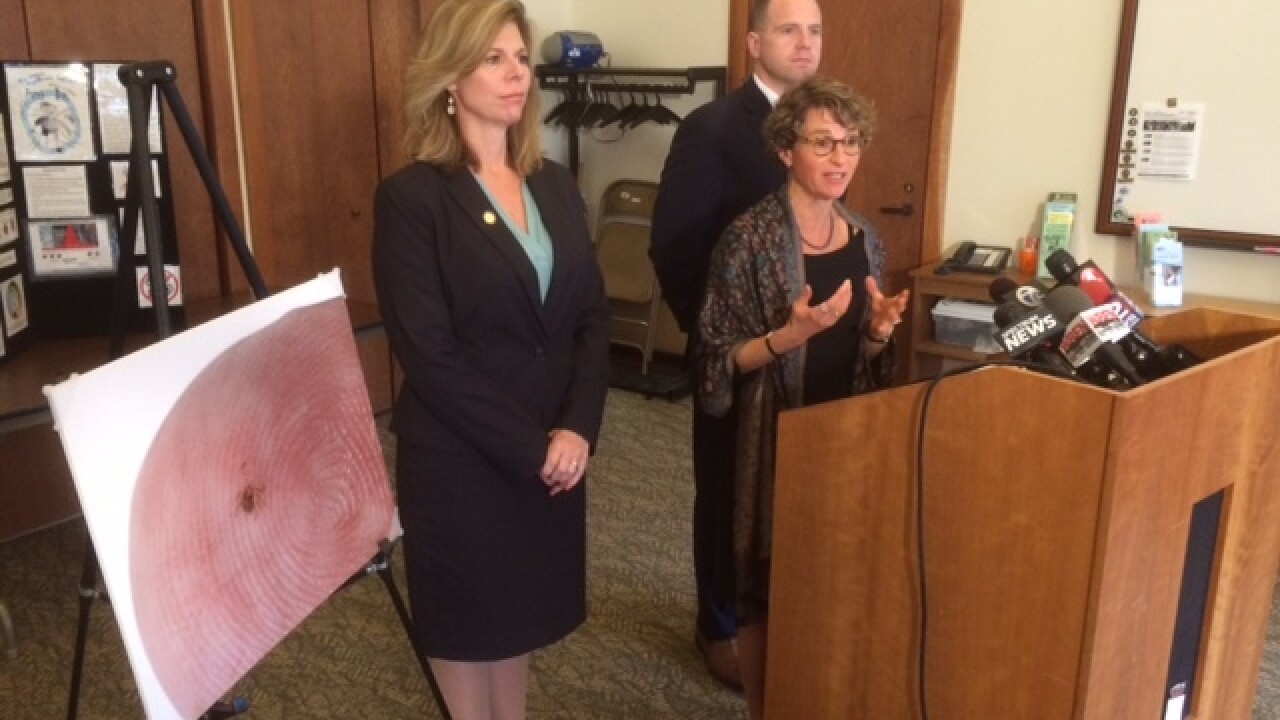 May is recognized as Lyme Disease Awareness Month because it marks a return to warmer temperatures that allow insects like ticks to thrive.

The risk of contracting Lyme Disease from an infected tick is highest from May to October.

This week, the Center for Disease Control (CDC) released a study that showed diseases like Lyme are on the rise, they more than tripled from 2004 to 2016, and also noted that the United States is not informed or prepared enough to combat this trend.

“Since Lyme disease is somewhat new to Western New York, and the number of reported cases is rising year-over-year, it’s important to alert the public of the dangers, symptoms, and treatment,” Wallace said. “In Erie County, we wait long enough for warm weather and are eager to enjoy outdoor activities with our families and pets. This time of year, though, ticks can be as small as a poppy seed.

"That’s why it’s vital to our short- and long-term health to follow prevention guidelines and know the symptoms so that appropriate medical treatment can be sought in a timely manner.”

Symptoms of Lyme disease include: rash, fever, aches, fatigue and other flu-like symptoms.

Lyme disease can be reversed with proper medical treatment if caught early enough, however if not diagnosed early, it can become a lifelong medical battle.

Senator Kennedy introduced a bill in the state Legislature, which Assemblymemeber Wallace is sponsoring in the Assembly, which would require health insurances providers to cover long-term medical care for Lyme disease and other tick-borne pathogens.

“In Erie County, the number of reported Lyme Disease cases in 2017 were almost quadruple the number reported in 2015,” said Burstein. “You can decrease the chances of being bitten by a tick with a few precautions. Wear long-sleeved shirts and long pants, use EPA-registered insect repellents, such as those containing DEET, treat boots, pants, socks, and tents with permethrin, control ticks and fleas on pets, perform tick checks after being outdoors, show after being outdoors, and recognize the signs and symptoms of Lyme disease.”

Wallace, Kennedy and Burstein all noted that Lyme Disease should not stop you from taking part in outdoor activities, but stressed to be aware of options for prevention and symptoms if you believe you have been bitten.