New tools for rescuers one year after Snowvember 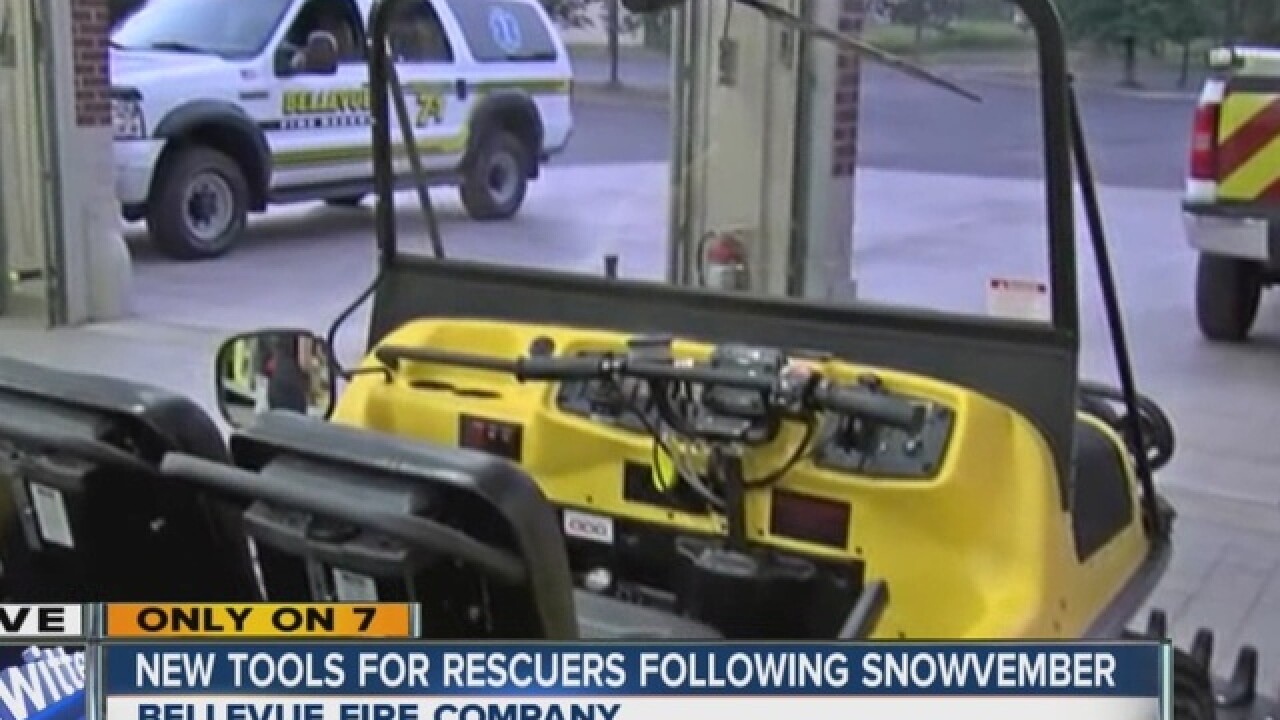 It’s hard to believe, but the last snow from Winter Storm Knife only melted about one month ago.

The one year mark of the Snowvember storm comes in two months. The historic and deadly storm dumped seven feet of snow in some areas of Western New York. The depth of the snow stranded vehicles and made it even hard – and at times impossible – for first responders to get around.

That’s why several local fire departments are investing in new equipment that can get through disastrous amounts of snow.

“This will have no issue going through feet of snow if not more,” said Assistant Chief Gabe Casucci. “So it can get us to where we need to be, climb any angle we need. It’s basically a tank.”

“You can go pretty much through anything,” Filipski said. “It’s small, we it can get between cars and in trailer parks, different things that a truck couldn’t get through.”

That was one of the most frustrating parts of the storm for first responders. Their vehicles could not get down roads, many of which were blocked by stranded vehicles. Many vehicles also sank in the depth of the snow. That meant rescuers were stranded at home, stuck on calls for long periods of time or unable to get places.

“What we learned was getting manpower down there is essential to serve,” Casucci said. “That’s the whole reason we bought this machine – if we can get manpower here, we can get people where they need to go.”

The ATV can also go in the water, and will be used for water rescues, as well as responses in the woods and parks.

Bellevue firefighters have also invested in upgrading the company’s command center. New monitors will help organize calls coming in during disasters and new radios make it easier to coordinate with surrounding agencies.