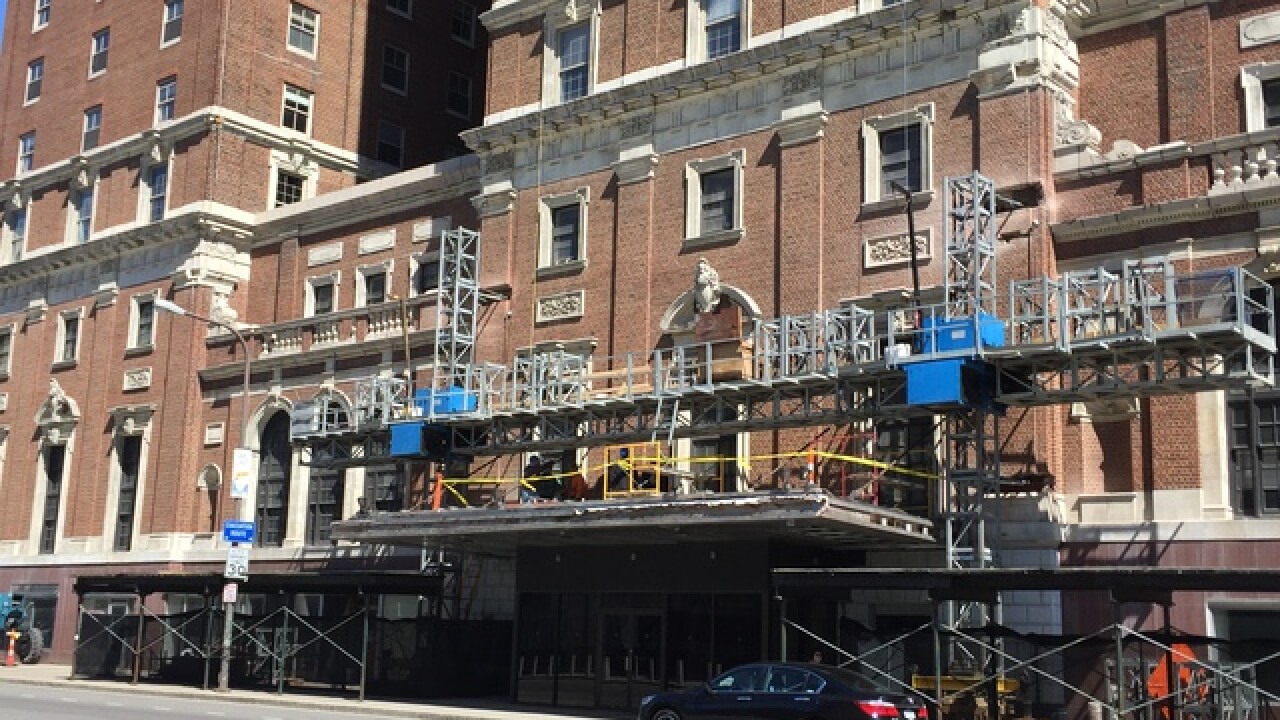 The latest round of restoration at Statler City is underway. Masonry crews have begun the first of three phases of work on the exterior of the center portion of the building.

The project is focused on rehabilitating and stabilizing twenty stories of brick and terra cotta. "Right now it's to remove anything that is dangerous and identify any pieces that are a concern," said owner Mark Croce. "Our goal is to eliminate any safety issues and dangers to pedestrians."

The project will also include renovating the storefronts at Statler City and replacing the historic marquee. The total price tag is $5.3 million.

Croce says he's invested more than $7 million on the interior of Statler City and thanked Buffalo Mayor Byron Brown for is continued support on the restoration of the exterior. "The Mayor worked closely with the state to help secure some state funding. The Mayor said he would help with the exterior. I applaud him for his effort"

The hope is that the project is completed by late fall or early winter.