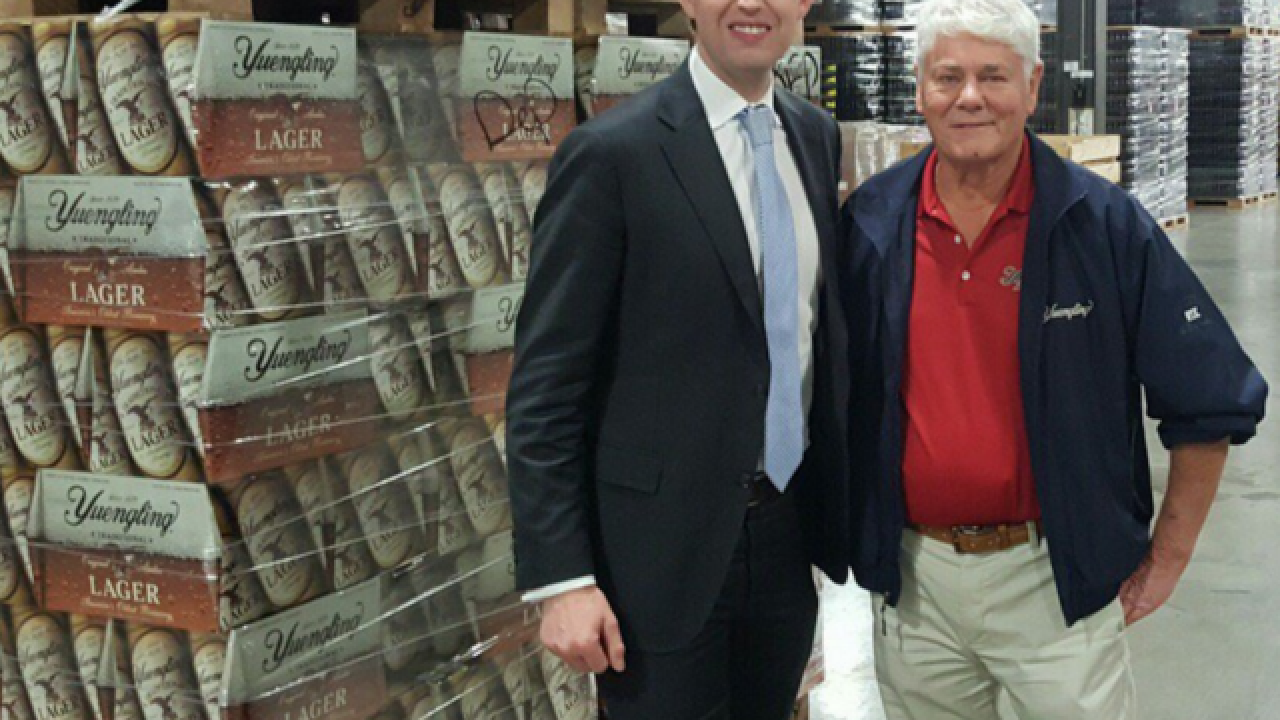 Following Yuengling's endorsement, the brewery has faced backlash from customers for backing Trump.

"Our guys are behind your father," Yuengling said, according to the Reading Eagle. "We need him in there."

The Reading Eagle said that Eric Trump made a 45-minute stop at the brewery as part of a day spent touring businesses in Pennsylvania. Yuengling is described as America's oldest brewery.

"This is an amazing American success story," Eric Trump said "We need a lot more of these."

Yuengling is available in 19 states in the Eastern United States.

Objectively, Yuengling is the perfect beer to endorse Trump; tasteless, offensive to all senses, and unwelcome in 21st century society.

Guess I'm drinking Brooklyn lager for the rest of my life

I just found out the owner of @Yuengling_Beer is a Trump supporter and I'm devastated I have to throw out the 6 pack in my fridge now.