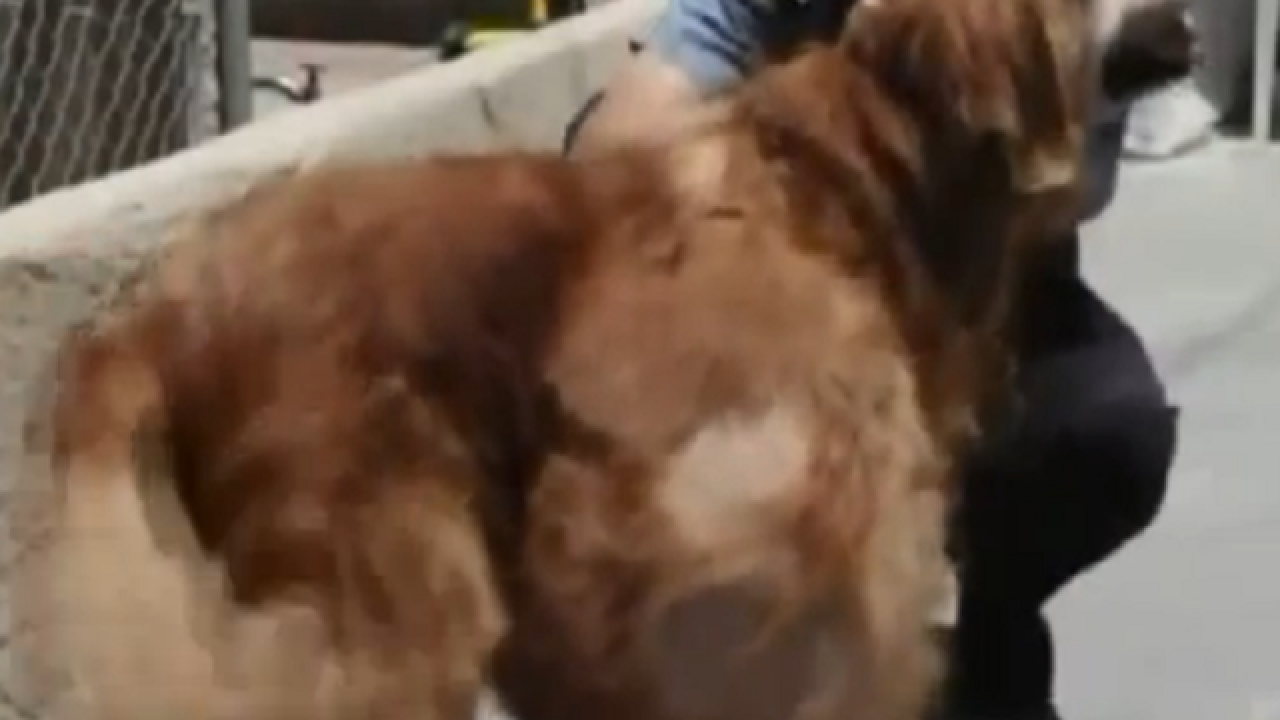 By: Mina Abgoon
Posted at 2:36 AM, Dec 15, 2016
A California woman is facing possible jail time after allegedly abandoning her dog at an animal hospital, claiming she found the animal wandering along Newport Beach.
Sherri Haughton is charged with various counts of animal cruelty after dropping Henry the golden retriever off at Newport Beach animal hospital and never returning, KTLA reports.
When Henry was dropped off, he had a painful 42-pound tumor, which nearly doubled the dog’s body weight.
He underwent surgery, but hospital staff said Haughton’s failure to claim ownership of the animal and disclose the dog’s condition delayed the process of getting him help.
Haughton has been charged with misdemeanor counts of animal neglect, failure to care for an animal, animal abuse, causing life-threatening injuries and interfering with Newport Beach animal control officers' investigation.
While Haughton was not arrested, she is scheduled to appear in court on Jan. 13. She faces two years in Orange County Jail.
Henry, meanwhile, is doing well after being placed with a foster family, which is monitoring his condition while he continues to receive treatment.
Copyright 2016 Scripps Media, Inc. All rights reserved. This material may not be published, broadcast, rewritten, or redistributed.