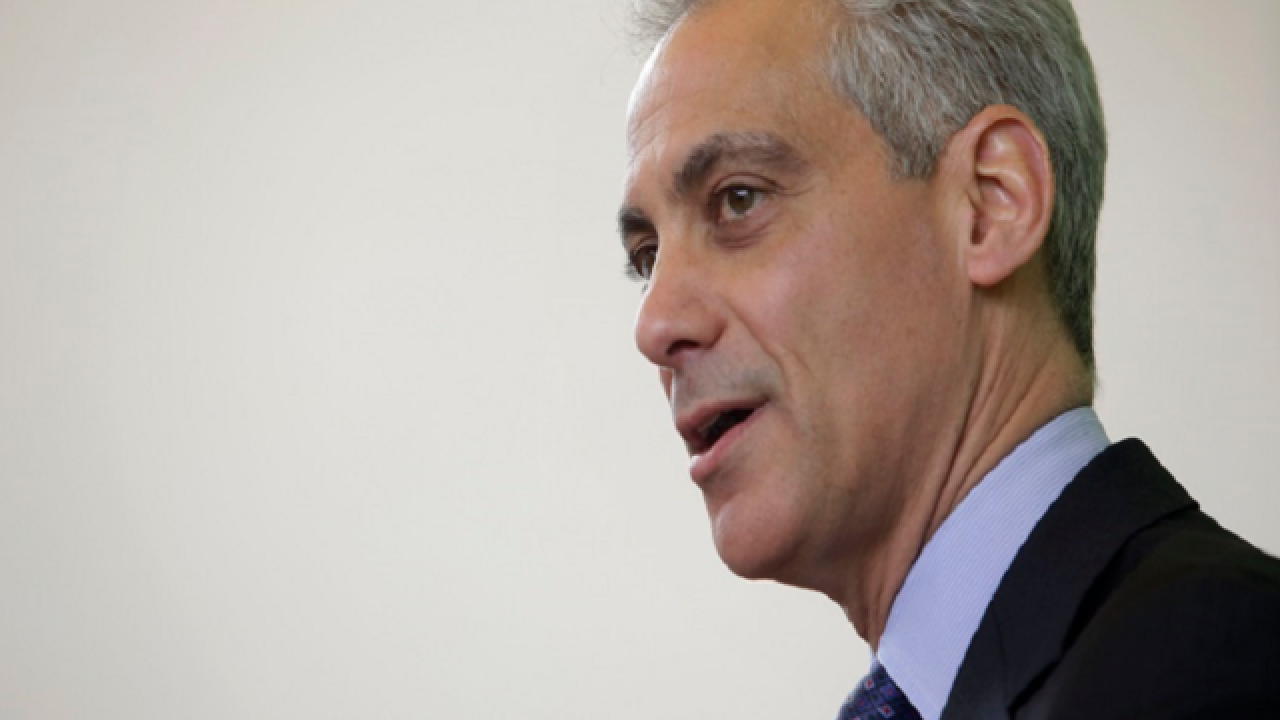 CHICAGO (AP) — Chicago Mayor Rahm Emanuel used personal email accounts and a personal email domain to communicate with government officials and political figures, according to a published report based on hacked emails posted by WikiLeaks.
Emanuel's personal account information turned up among the thousands of emails from John Podesta, Democratic presidential candidate Hillary Clinton's campaign chairman, the Chicago Tribune reported. Clinton has come under fire for her use of a private email server because doing so potentially jeopardized classified information.
Emanuel registered his personal email domain, "rahmemail.com," on May 16, 2011, the day he was sworn into office. The hacked emails also turned up evidence of Emanuel's personal Gmail account.
Adam Collins, a spokesman for the mayor, said Emanuel's use of a customized email domain, or name, is common, and that it was created to ensure the mayor was not using a government email for personal or political purposes. He added that Emanuel has not and does not use a private email server like the one Clinton used to transfer emails.
Collins did not say whether Emanuel has used either of the personal email accounts to conduct government business.
The messages included in the Wikileaks leaks were among the first direct evidence that Emanuel has used personal email accounts as mayor beyond official city government accounts.
Emanuel was sued by the newspaper last year in a case about state open record laws that's still pending. Under Illinois law, government business conducted over email by a public official is subject to the state's open records law. The paper's Freedom of Information Act requests filed since Emanuel took office have turned up little to no email communications from the mayor on his government email accounts.
"After the mayor's election in 2011, the campaign fund set up a new email to ensure the mayor was not using government email for private or political use, which could violate city ordinance or state law,'" Emanuel spokesman Adam Collins told the newspaper. "A dedicated Gmail domain allowed for better security given the growing threat of cyberattacks."
Federal records show that since taking office, Emanuel used his custom email domain to send at least seven messages on two different strings to Clinton while she was secretary of state, the newspaper reported. One involved an invitation for a joint appearance in Chicago.
"Sorry, but I'm scheduled to be in the Balkans so would love a rain check for next time. All the best, Mayor," Clinton wrote back.
In June 2014, Clinton made good on her rain check, participating in a special Ideas Week interview.
The hacked emails WikiLeaks released also showed Emanuel using his rahmemail.com domain to contact Podesta. The day after Emanuel was forced into a runoff in his re-election bid, Podesta used a Gmail address for Emanuel instead of the rahmemail.com account.
Copyright 2016 The Associated Press. All rights reserved. This material may not be published, broadcast, rewritten or redistributed.