Who made the Rock and Roll Hall of Fame nominee list? 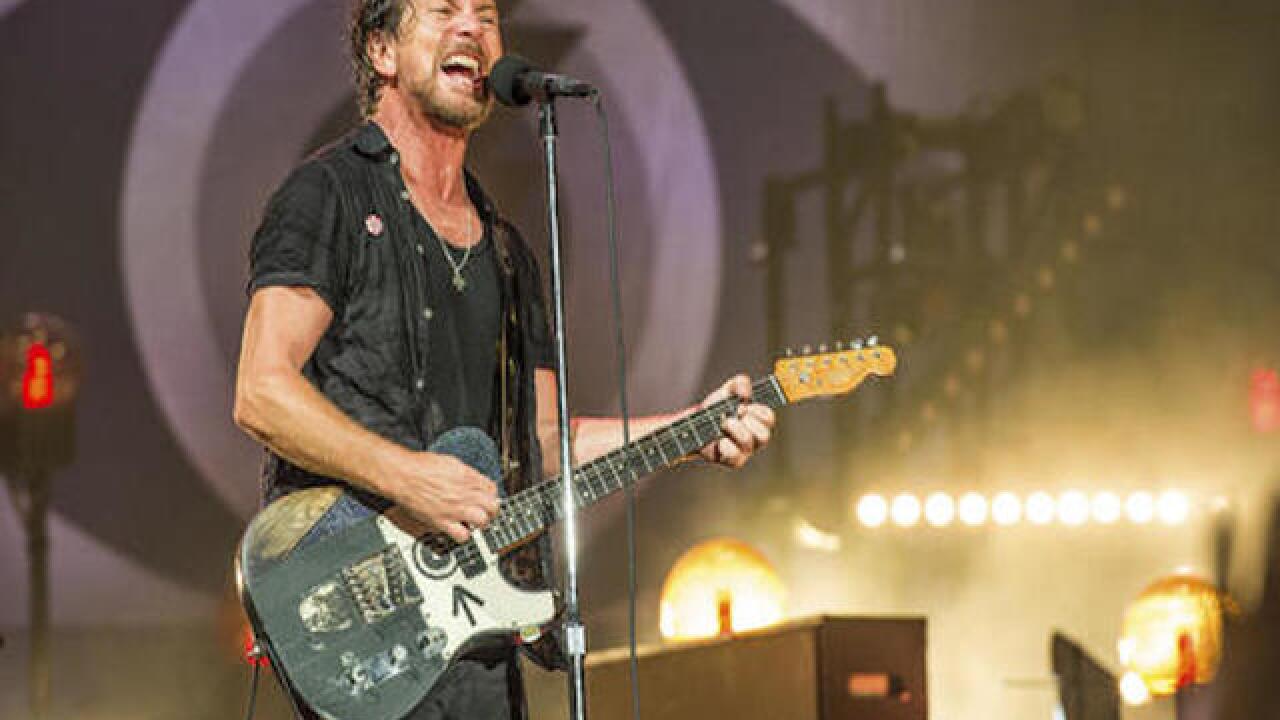 The late rapper Tupac Shakur and Seattle-based rockers Pearl Jam are among the first-time nominees on the ballot for induction next year into the Rock and Roll Hall of Fame.

Nine of the 19 acts nominated are on the ballot for the first time, with Shakur and Pearl Jam in their first year of eligibility. More than 800 artists, historians and music-industry officials vote, with results announced in December and induction next April. Others back for another chance include pop superstar Janet Jackson; she was nominated for the first time last year.

The prolific Shakur was shot and killed at his peak in 1996. His album "Me Against the World" hit the top of the charts when he was in prison for sexual assault. "Keep Ya Head Up," ''Life Goes On," ''Ambitionz Az a Ridah" and "Changes" are among his best-known songs. He recorded so much while alive that releases kept flowing after his death.

Pearl Jam would be the second band, following Nirvana in 2014, with roots in Seattle's grunge scene to make the hall. Behind charismatic frontman Eddie Vedder, Pearl Jam was a huge initial success behind songs like "Jeremy," ''Even Flow," ''Alive" and "Better Man." They consciously stepped back from the commercial world, and persist as a respected and popular touring outfit.

And "Don't Stop Believin'" it's true: Journey is another first-time nominee. Its members must wait a couple of months to find out if voters welcome them with "Open Arms."

The influential disco-era band Chic, who have become the hard-luck losers of the rock hall induction process, are on the ballot for the 11th time.

Others back as nominees include Jackson; soul singer and former Rufus frontwoman Chaka Khan; the Peter Wolf-led rockers J. Geils Band; late "I Gotcha" singer Joe Tex; the German electronic music band Kraftwerk; the Detroit-area punk forerunners MC5; Ric Ocasek's new wavers The Cars; the Zombies, British makers of "Time of the Season" and "She's Not There"; and the 1970s-era progressive rockers Yes.

There is no set number of inductees. This year's class had five members.

To be eligible, all of the nominees had to have released their first recording no later than 1991. The induction ceremony, open to the ticket-buying public and televised later on HBO, will take place in Brooklyn's Barclay's Center.

The public will also be invited to vote online among the nominees, with their top five selections cast as a " fan's ballot ."

Inductees will eventually be enshrined in the Rock & Roll Hall of Fame museum in Cleveland.