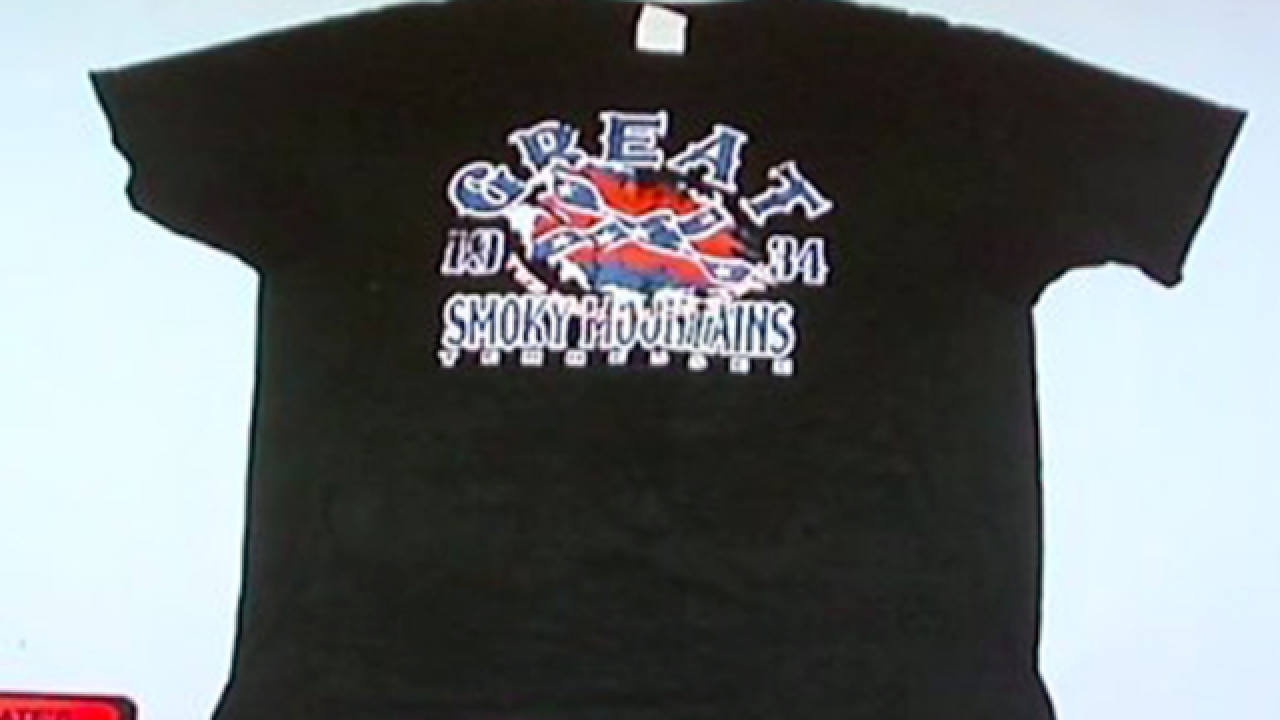 A former University of Cincinnati police officer on trial for fatally shooting a black driver during a traffic stop was wearing a T-shirt bearing a Confederate flag under his uniform when the incident occurred.

The T-shirt worn by Ray Tensing, who killed Sam DuBose in 2015, said "Great Smoky Mountains, 1934" on top of the flag image. Tensing's trial is in Day 4, and more expert witnesses are testifying.

WCPO television station in Cincinnati reports that this could explain why the defense spent so much time discussing UCPD officers' uniforms when cross-examining officers David Lindenschmidt and Phillip Kidd. Defense attorney Stew Mathews asked the two officers how if undershirts are provided by UCPD; they are not.

He also asked what type of shirt officers are required to wear; they said a black T-shirt.

Full coverage of the trial

Tensing admits firing the shot that killed DuBose, but claims it’s because he feared for his life. But the prosecution’s expert witness in Tensing's murder trial poked holes in that claim earlier in the week.

A PowerPoint presentation based on frame-by-frame images from Tensing’s body camera were the main focus during testimony in Judge Megan Shanahan’s courtroom.

The jury watched a video of the then-University of Cincinnati police officer telling his side of the story to Cincinnati Police investigators two days after the 2015 shooting.

"The only shot I could see that I could take to stop the threat was a head shot. That’s the only part of his body I could really see at that point and had a clear visual of," Tensing said.

Forensic video analyst Grant Fredericks then delivered a 45-minute analysis of the three seconds of chaos before, during and after he shot DuBose during a traffic stop in Mount Auburn.

Fredericks showed the jury in a sequence of images broken down into milliseconds that DuBose's car never dragged Tensing and, in fact, didn't move at all until Tensing fired one shot into DuBose's head.

In his taped statement to police, Tensing recalled reaching into the DuBose car to turn it off and getting his arm caught. He said he was falling as DuBose "mashed" the accelerator and the car sped off.

But those things never happened either, Fredericks said.

Fredericks also disputed testimony by two UC police officers the previous day. Officers said Philip Kidd and David Lindenschmidt said they heard tires squealing from DuBose's car when they got to the shooting scene. Then, both said,  they heard a gunshot.

"I heard tires squealing.  I saw the vehicle move.  Officer Tensing was moving with the vehicle.  I heard a gunshot," Kidd said.

"In the heat of passion — you’ve got a shooting going on and things like that — things happen fast and sometimes you just don’t perceive things the way they were," Deters said.

Deters said he watched jurors while Fredericks broke down the video and they were paying close attention.

Defense attorney Stew Mathews dismissed most of Fredericks' testimony but said his conclusion that DuBose's car might have moved 1 to 2 feet at the time of the shooting helped his client’s claim of self-defense.

"He took 45 minutes to present something that happened in a few seconds," Mathews said.  "The one thing I took away from it was the car was in motion when the shot was fired ,which is our thing throughout.

Audrey DuBose, the slain man's mother, urged everyone to study that video closely.

The prosecution’s case continues Friday with "use of force" experts, Cincinnati Police crime scene analysts and experts from the Hamilton County Coroner’s office taking the stand.