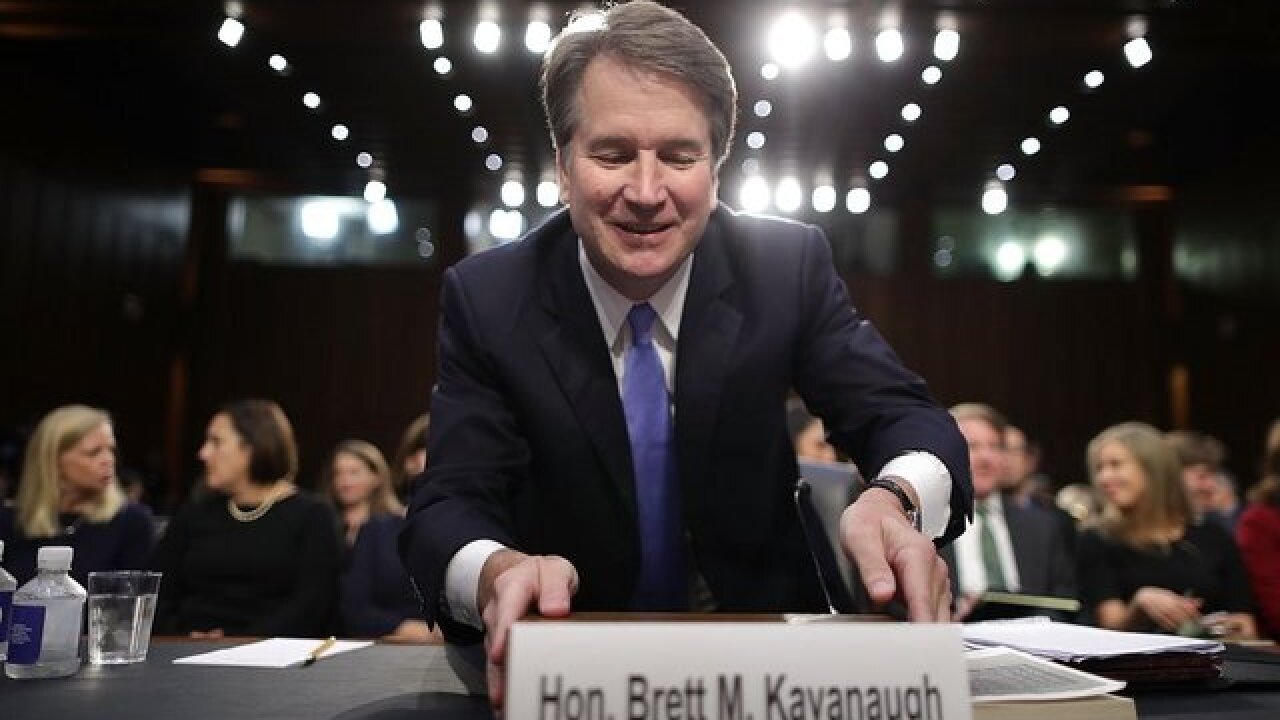 It was not immediately clear how Judge Brett Kavanaugh's Supreme Court confirmation process would further unfold as he arrived at the White House just after 10 a.m. on Monday, now facing a public allegation of sexual assault.

But by the time Kavanaugh left about nine hours later, a public hearing to address the allegation had been scheduled and the White House's battle plan had begun to take shape.

The plan, the officials said, will rely heavily on women who will attest to Kavanaugh's good character -- including from his teenage years, during which he is alleged to have sexually assaulted Christine Blasey Ford.

The White House has been contacting many of the 65 women who signed a letter in support of Kavanaugh that was released after an anonymous allegation of sexual assault surfaced -- before Ford emerged this weekend to put a name and a face to her accusation -- to see if they would be willing to publicly back him in the coming week. Many of those women, one official said, are prepared to publicly defend Kavanaugh.

Some of those women and other female surrogates will be out front this week attesting to his character. Already on Monday, women who worked with Kavanaugh in the administration of President George W. Bush began to release statements expressing their support for him as part of a campaign to defend the federal judge's integrity using the hashtag #IStandWithBrett.

"I've known Judge Brett Kavanaugh for nearly 20 years," wrote Sara Fagen, the former Bush White House political director. "I don't believe he would ever harm any person, let alone assault a woman. These eleventh hour allegations as he was about to be confirmed to the Supreme Court reflect the sad state of American politics today. He's a good man, a brilliant jurist, and he does not deserve to have his good name ruined because the base of the Democratic party doesn't want a conservative on the Supreme Court."

One White House official said the White House is also discussing holding an event later this week -- possibly a news conference -- with a group of women who know and support Kavanaugh.

The entire effort is aimed at blunting the impact of the undoubtedly emotional testimony Ford will deliver before the Senate Judiciary Committee next Monday.

Before the committee announced the hearing, Ford's attorney said the California professor was willing to testify under oath about her allegation and that Ford had already taken a polygraph test that indicated her allegation was truthful.

Kavanaugh, who has denied Ford's accusation, was said to be "flabbergasted" by it and "shaken, but focused" as he arrived at the White House on Monday to assess the next steps in advancing his suddenly imperiled nomination.

It became clear as the day wore on, one official said, that a public hearing was the only way to salvage his nomination. Before leaving the White House, Kavanaugh had a call Monday evening with Judiciary Committee staffers to discuss the parameters of the hearing and the next steps.

Conversations at the White House, one official said, revolved entirely around "defending his integrity," an effort President Donald Trump had joined in earlier Monday before the cameras.

Though Trump did not meet with Kavanaugh at the White House on Monday, he showered praise on his nominee, calling him "one of the finest people that I've ever known."

Unlike in cases involving allegations of misconduct against himself or others in his administration, the President did not attack Kavanaugh's accuser or dismiss the allegation out of hand. Instead, he offered his support for a "full process" to "hear everybody out" on the matter and accepted that such a process would delay Kavanaugh's confirmation process.

The President's restraint on the matter was notable and a sign, a source close to the White House said, of how critical Kavanaugh's nomination is for Trump.

The President "can't afford to do anything to derail this nomination," said the source, who is also in touch with prominent conservative activists.

Those activists have "made it clear that he (Trump) is about to run out of mulligans," the source said.

Putting another conservative justice on the Supreme Court will help seal Trump's legacy with conservatives and if Kavanugh's nomination sinks, the President likely won't be able to secure the confirmation of another high court nominee until after the midterm elections, which are threatening to shift the balance of power in the Senate.