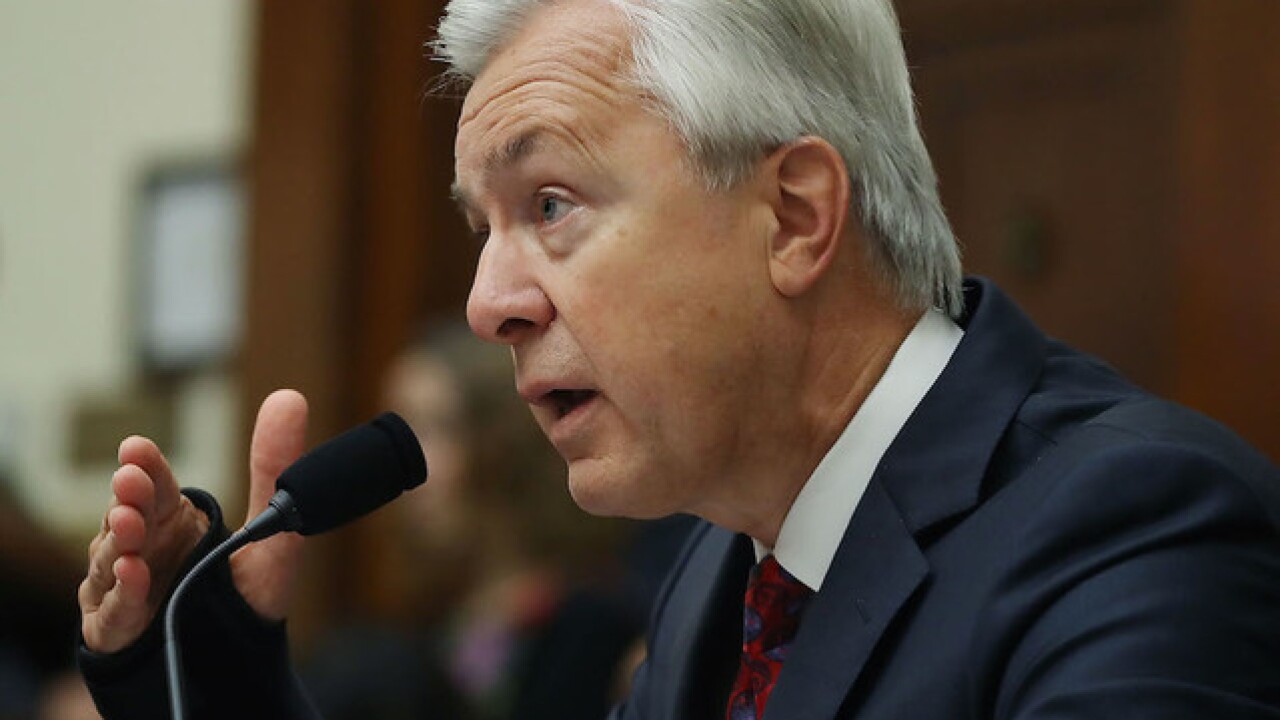 Copyright Getty Images
Mark Wilson
<p>John Stumpf, Chairman and CEO of the Wells Fargo & Company, testifies before the House Financial Services Committee September 29, 2016 in Washington, DC. The committee heard testimony on the topic of 'An Examination of Wells Fargo's Unauthorized Accounts and the Regulatory Response.' </p>

Wells Fargo chairman and CEO John Stumpf is relinquishing both of his titles, effective immediately, the bank announced late Wednesday. President and Chief Operating Officer Timothy J. Sloan will replace him as CEO while Lead Director Stephen Sanger will step in as the board’s non-executive chairman.

Stumpf’s retirement follows the recent revelations that Wells employees opened roughly 2 million unauthorized accounts in customers’ names in order to meet aggressive sales goals. The scheme resulted in a $185 million settlement with federal regulators in September and the termination of about 5,300 employees.

Stumpf previously agreed to forfeit about $41 million in unvested equity, temporarily forgo his salary during an internal investigation and not take a bonus for 2016. But pressure for restitution from the bank has remained high since the scandal came to light, with Stumpf taking a thrashing from both the Senate and House of Representatives’ banking committees in September.

These pressures were evident in statements released by the bank alongside news of Stumpf’s departure.

“John Stumpf has dedicated his professional life to banking, successfully leading Wells Fargo through the financial crisis and the largest merger in banking history, and helping to create one of the strongest and most well-known financial services companies in the world,” Sanger said in a press release. “However, he believes new leadership at this time is appropriate to guide Wells Fargo through its current challenges and take the Company forward.”

Stumpf, meanwhile, thanked the bank for the opportunity to serve as chairman and CEO.

“I am grateful for the opportunity to have led Wells Fargo,” he said in the same press release. “I am also very optimistic about its future, because of our talented and caring team members and the goodwill the stagecoach continues to enjoy with tens of millions of customers. While I have been deeply committed and focused on managing the Company through this period, I have decided it is best for the Company that I step aside.”

Remember, it’s always a good idea in general to monitor your credit report for any unauthorized accounts in your name. You can pull your credit reports for free each year at AnnualCreditReport.com and view two of your credit scores, updated every 14 days, for free on Credit.com.

This article originally appeared on Credit.com.