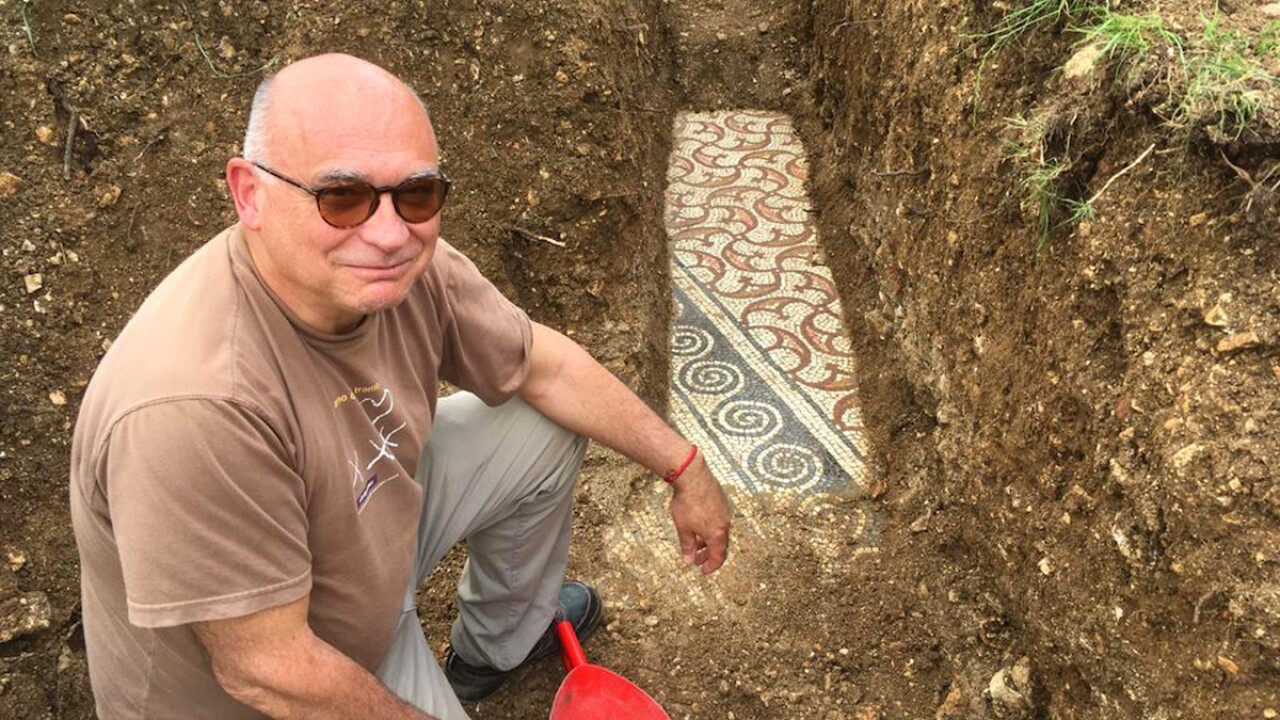 ABAP
AP
Gianni De Zuccato a well-preserved colorful mosaic floor of an ancient Roman villa archaeologists have revealed among vineyards near the northern city of Verona, Italy. The official in charge of archaeology Verona province, Gianni De Zuccato, on Friday, May 29,2020, said the mosaics appeared to be ‘’in a good state of conservation,’’ from what they are able to observe after gingerly digging a trench between vineyards in the hills of Valpolicella, known for its full-bodied red wine. (Soprintendenza ABAP Verona via AP)

SOAVE, Italy (AP) — Archaeologists have briefly revealed a well-preserved mosaic floor of an ancient Roman villa first discovered almost a century ago near the northern Italian city of Verona.

A regional archaeology official said Friday that the mosaic in bright shades of red, pink, orange, purple and yellow unearthed last week came from what had been the servants' quarters and appeared to be ''in a good state of conservation.''

Mosaics revealing the site of an ancient villa were first discovered in 1922.

Archaeologists have been doing partial digs to determine the scale of the site and in preparation for the area to be turned into an open-air museum.