A officer with the Metro Nashville Police Department has died while trying to save a suicidal woman in the Cumberland River.

Metro Police officials said a diver recovered the body of 44-year-old Officer Eric Mumaw early Thursday morning after an intense search. He was an 18-year veteran of the department. 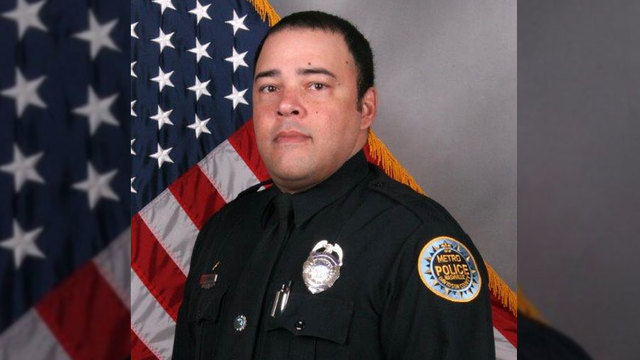 Authorities said they received word about a 40-year-old woman contemplating suicide at the end of a boat ramp at Peeler Park. Mumaw and Nick Diamond made contact with her and tried to talk her out of the car.

At some point, the car was put in gear and rolled backwards down the ramp. In an effort to save her, they tried to get her out of the car but slipped as the car became submerged.

Because it was dark, they couldn't see where the boat ramp ended.

Diamond tried to save Mumaw but was unsuccessful. He was rescued and taken to Vanderbilt University Medical Center.

About an hour after the incident, the woman, identified as Juli Glisson, was found along the river bank and taken to an area hospital. She has been detained and is under criminal investigation.

"We need the thoughts and prayers of the city for this police officer," Metro Police Spokesman Don Aaron said during a press conference.

His body was later recovered.

With very heavy hearts, the MNPD acknowledges that the body of our officer has been recovered by a Fire Dept. diver.

"Although his life is lost, it's important that his body is recovered and he's now at peace," said Metro Nashville Police Chief Steve Anderson.

An email account, OfficerMumaw@nashville.gov, has been set up for those who wish to send their condolences to his family and friends.