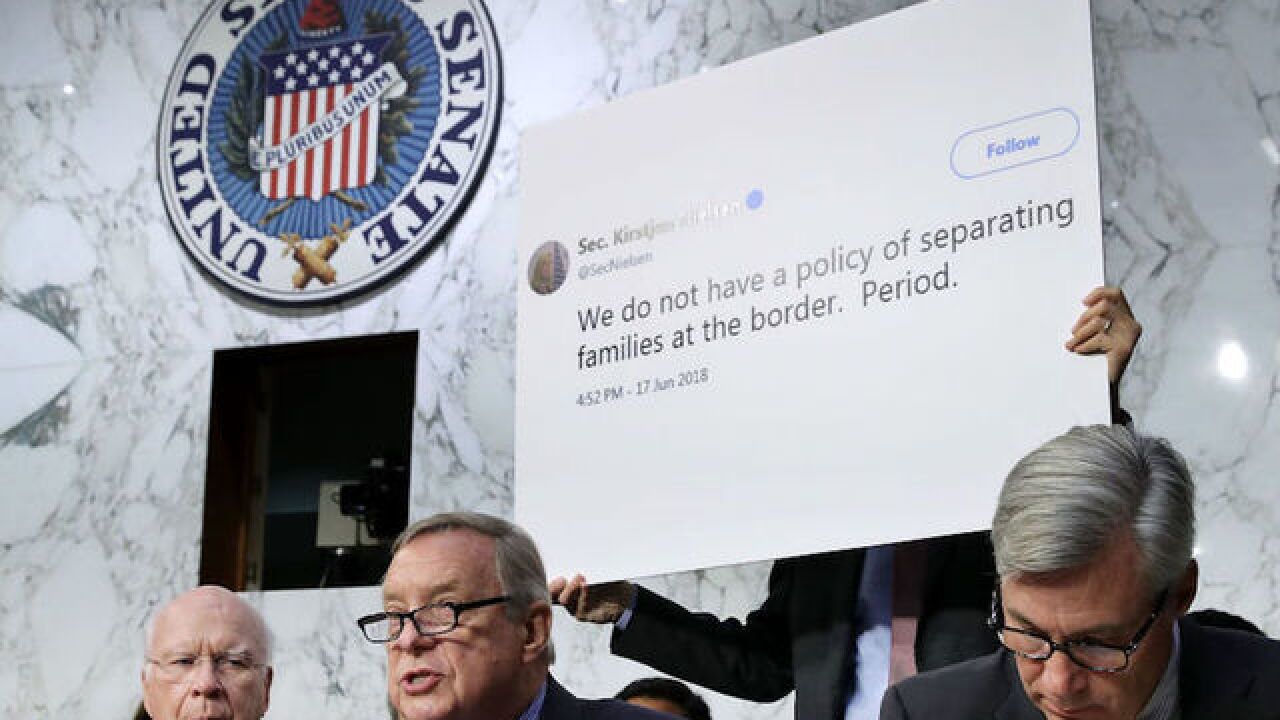 Image copyright 2018 Getty Images. All rights reserved. This material may not be published, broadcast, rewritten, or redistributed.
Chip Somodevilla
<p>Representatives from faith and pro-immigration groups hold a news conference before a hearing of the Senate Judiciary Committee in the Hart Senate Office Building on Capitol Hill July 31, 2018 in Washington, DC. </p>

The Department of Homeland Security was "not fully prepared" for the rollout of the Trump administration's "zero tolerance" policy at the U.S.-Mexico border that resulted in the large numbers of family separations this summer, according to an internal report from the department's watchdog.

The new report from the DHS inspector general also says that Customs and Border Protection detained at least 861 unaccompanied children for extended periods beyond the legally allowed 72-hour time period.

One was held in a Rio Grande Valley facility for 25 days, the report says.

DHS also provided "inconsistent information," which led some parents to not understand that they would be separated from their children and unable to communicate with them.

According to the inspector general's observations, Border Patrol agents did not appear to take steps -- like providing wrist bracelets, taking fingerprints or photographs -- to ensure that children too young to talk to their separated parents could be correctly identified and linked with the proper file.

The department also announced on June 23 that it, along with Health and Human Services, had "a central database" of location information for separated families.

The inspector general, however, said it found no evidence that such a database exists. DHS officials told investigators that the "central database" is actually a spreadsheet manually maintained by HHS, CBP and Immigration and Customs Enforcement.

"The findings of OIG report illustrate the difficulties in enforcing immigration laws that are broken and poorly written," Waldman said in a statement. "The report fails to understand where the Zero Tolerance Policy took effect: in between the ports of entry."

The report is built off the inspector general's unannounced site visits to CBP and ICE facilities in and around El Paso and McAllen, Texas, on June 26 to the 28. The report was merely an initial observation on the period from May 5 to June 20 and it does not make recommendations.