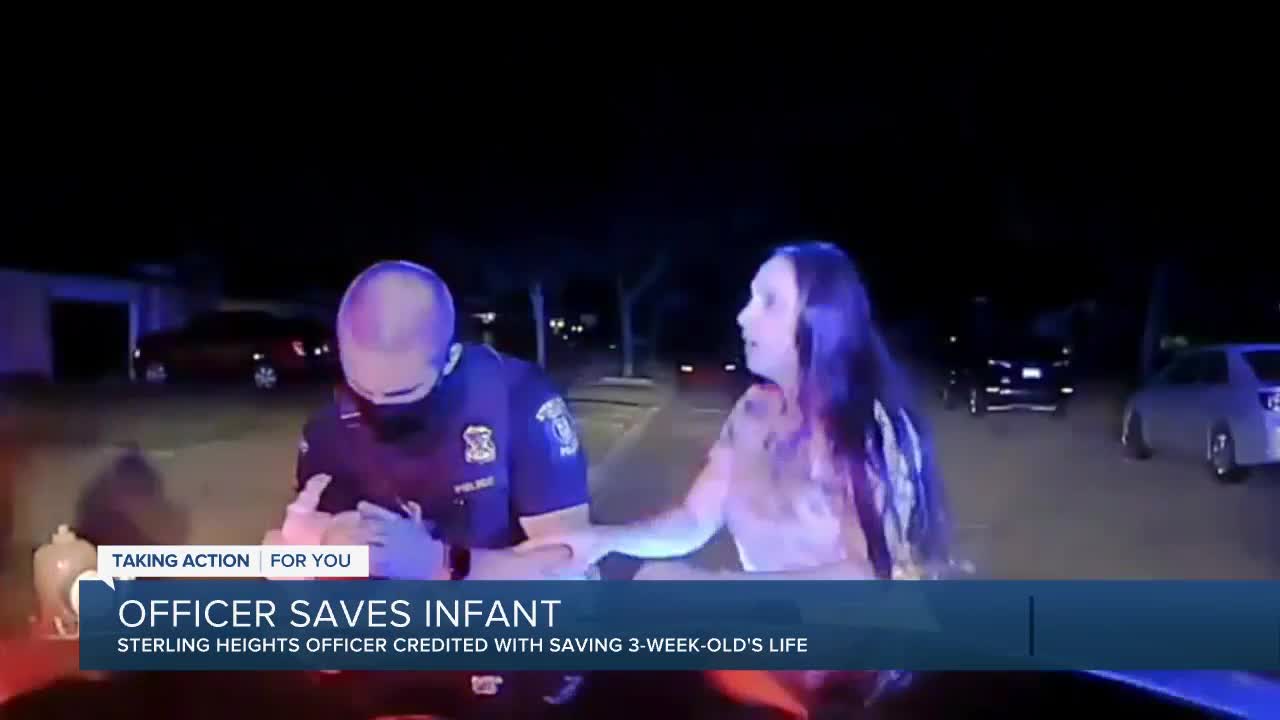 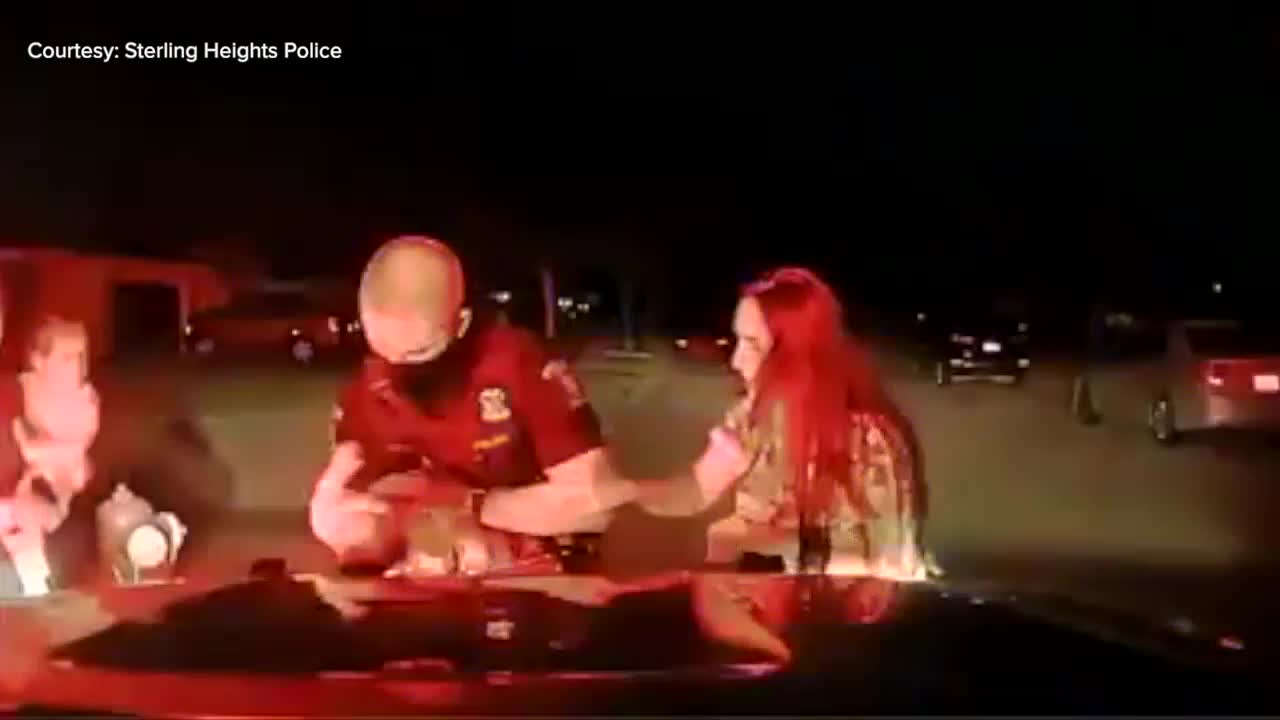 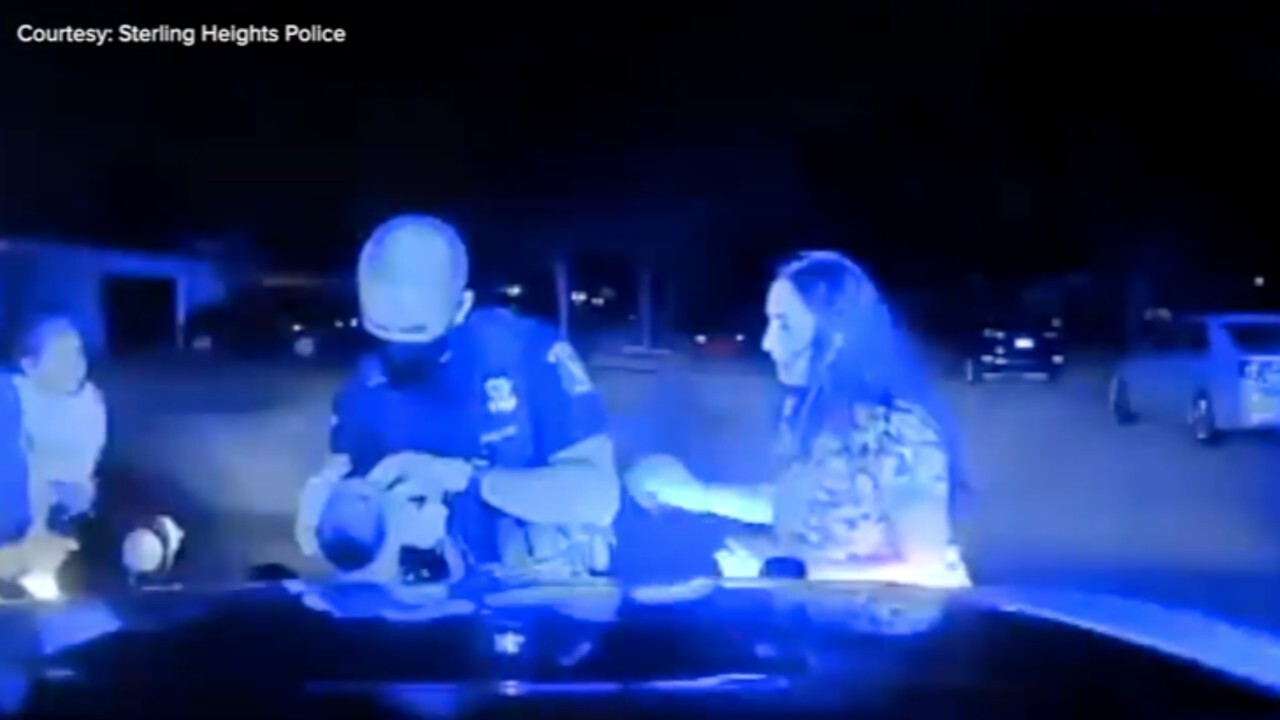 STERLING HEIGHTS, Mich. -- A Michigan police officer is being called a hero after the harrowing rescue of a 3-week-old girl was caught on the officer's dashcam.

Just before 11 p.m. Thursday, officers were called to a home in Sterling Heights on a report of an infant not breathing.

Officer Cameron Maciejewski was the first to arrive and jumped into action. The officer was met by the family outside the home and took the baby, who was not breathing, into his arms.

Officer Maciejewski is seen on video calmly taking the baby in his arms and performs back thrusts in an attempt to clear her airways. After a few seconds, the baby coughs up the obstruction and begins the cry.

The baby was then turned over to the Sterling Heights Fire Department and transported to the hospital for evaluation.

“If it wasn’t for Ofc. Maciejewski’s quick, calm, lifesaving actions, the outcome of this incident could have been tragically different. Not only did the officer save the baby, but the officer did an outstanding job consoling the family,” said police in a statement.

This story was originally published by staff at WXYZ.