Watch: Reporter covering Gatlinburg wildfire tears up as he talks about the devastation 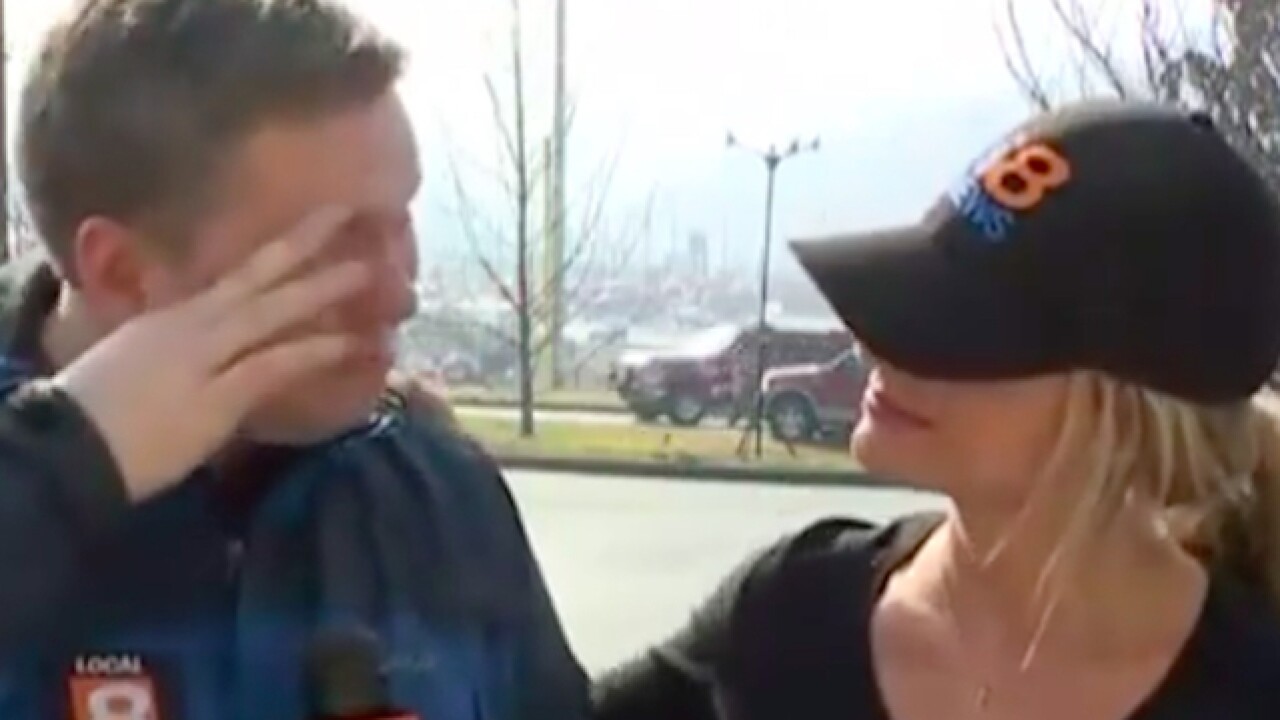 <p>Reporter Kyle Grainger with WVLT Local 8 in Knoxville, Tennessee, wipes away tears wile covering a wildfire that scorched the resport town of Gatlinburg Tuesday Nov. 29, 2016. He is comforted by co-reporter Dani Ruberti, right.</p>

Heartbreak spread through the State of Tennessee this week as a wildfire consumed part of the Great Smoky Mountains National Park, taking some of the resort city Gatlinburg with it.

That heartbreak was visible in reporting on Tuesday as a journalist with WVLT Local 8 in Knoxville went on air to report on the devastation. Kyle Grainger was seen wiping away tears and comforted by co-reporter Dani Ruberti, who said Grainger had close ties to the area and was obviously feeling the hurt of what is happening in Sevier County.

"It's tough talking about your friends, and some people you call family," Grainger said. "But there are a lot of people that are affected by this. I know that Gatlinburg will rebuild."

"Kyle, I know this is something so close to you," Ruberti told Grainger. "I've never seen a community come together like this, and you've been part of that community. It's hard to see, it's hard to be here and see it. It's heartbreaking." she said.

Governor Bill Haslam said Tuesday the wildfire is the biggest to strike Tennessee in the past 100 years. Three people were killed, and at least 14 people were injured, according to WTVF in Nashville.

More than 100 structures and homes were damaged or destroyed, mainly in the areas of Gatlinburg, Wears Valley and Cobbly Nob.

Popular Gatlinburg attractions Ober Gatlinburg and Dollywood reported their main properties were not harmed by fire.