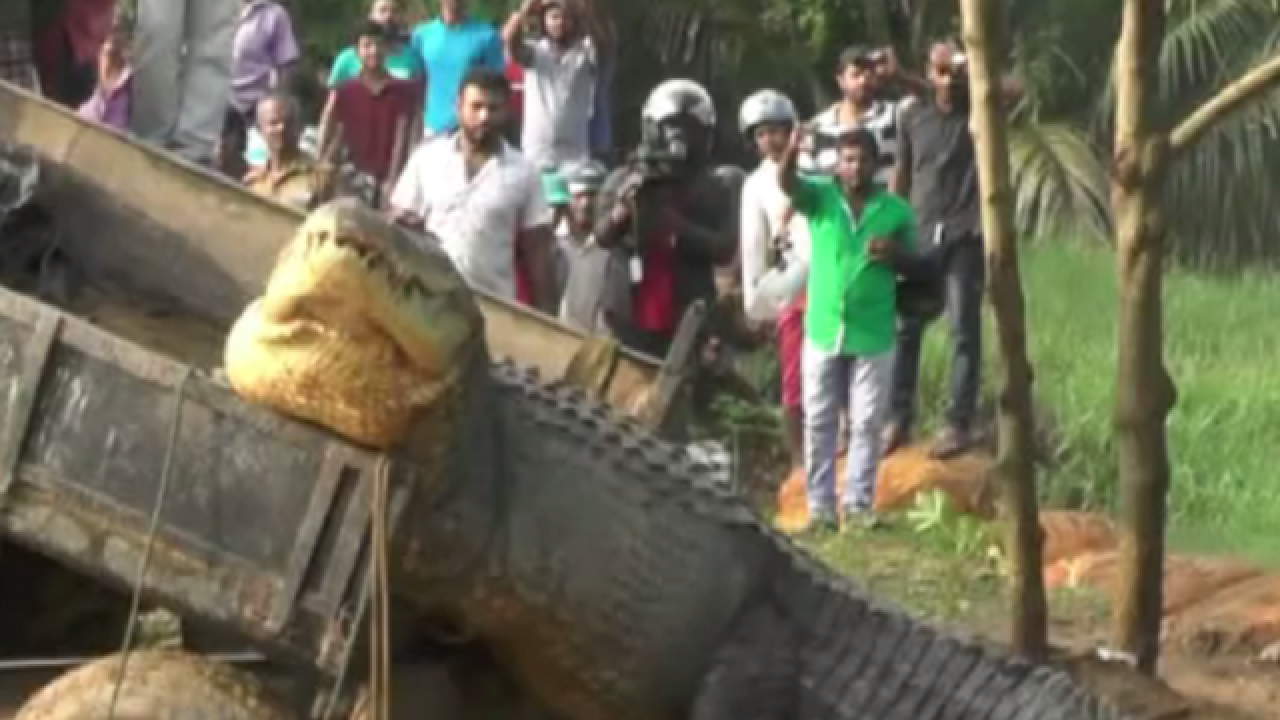 By: Mina Abgoon
Posted at 8:41 PM, Nov 16, 2016
Now that’s bigger than any crocs you’ll be finding in Florida.
The Wildlife Department recently found its largest crocodile in Weeraduwa, Matara. The beast is believed to weigh close to a ton and measure about 17 feet long.
It was found stuck in a canal leading off the Nilawala River, according to Rumble.com, which posted a video of the rescue efforts. The crocodile had attempted to enter the canal in search of food as the water levels in the river rose.
The giant reptile was released back into the river by Wild life officials. See the unbelievable video below.
Copyright 2016 Scripps Media, Inc. All rights reserved. This material may not be published, broadcast, rewritten, or redistributed.