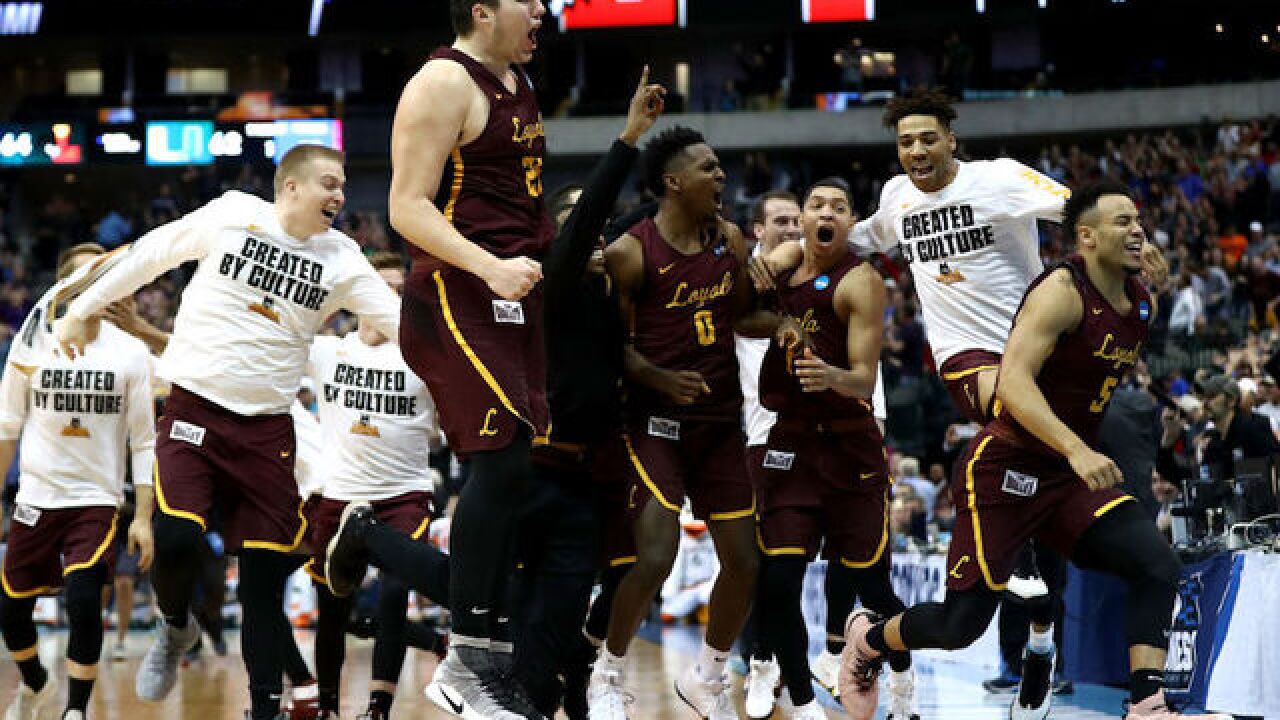 Copyright Getty Images
Ronald Martinez
<p>DALLAS, TX - MARCH 15: Donte Ingram #0 and Marques Townes #5 of the Loyola Ramblers celebrate with teammates after Ingram makes a game-winning three pointer against the Miami Hurricanes in the first round of the 2018 NCAA Men's Basketball Tournament at American Airlines Center on March 15, 2018 in Dallas, Texas. (Photo by Ronald Martinez/Getty Images)</p>

The first game on Thursday, which included arguably the top player in the nation, needed an extra five minutes to decide a winner.

It was just one of many games that came down to a photo finish on Thursday.

It is officially March Madness as first round action of the NCAA Tournament got underway.

The first game of the day was arguably the most exciting. Jeff Dowtin's attempt at a game-winning basket rolled off the rim for Rhode Island, but senior Stanford Robinson nearly put the rebound back into the rim at the buzzer. The missed buckets caused Rhode Island and Oklahoma to go to overtime tied at 69.

Sooners & Rams are headed to OT in Pittsburgh. #MarchMadness pic.twitter.com/MM4pJt36MD

In overtime, E.C. Matthews hit a 3-pointer with 1:52 left to give Rhode Island the lead for good.

RHODY BACK IN FRONT! 👌

The Zags avoided an upset bid in Boise on Thursday thanks to Zach Norvell Jr. draining a 3-pointer in the final 22 seconds to break a 64-all stalemate. Gonzaga advances to take on Ohio State on Saturday.

❄️ IN HIS VEINS! #MarchMadness pic.twitter.com/Lyyx3ZY9NV

In the first major upset of 2018 March Madness, Loyola's Donte Ingram hit a 3 at the buzzer to life Loyola to a 64-62 victory over the Hurricanes.