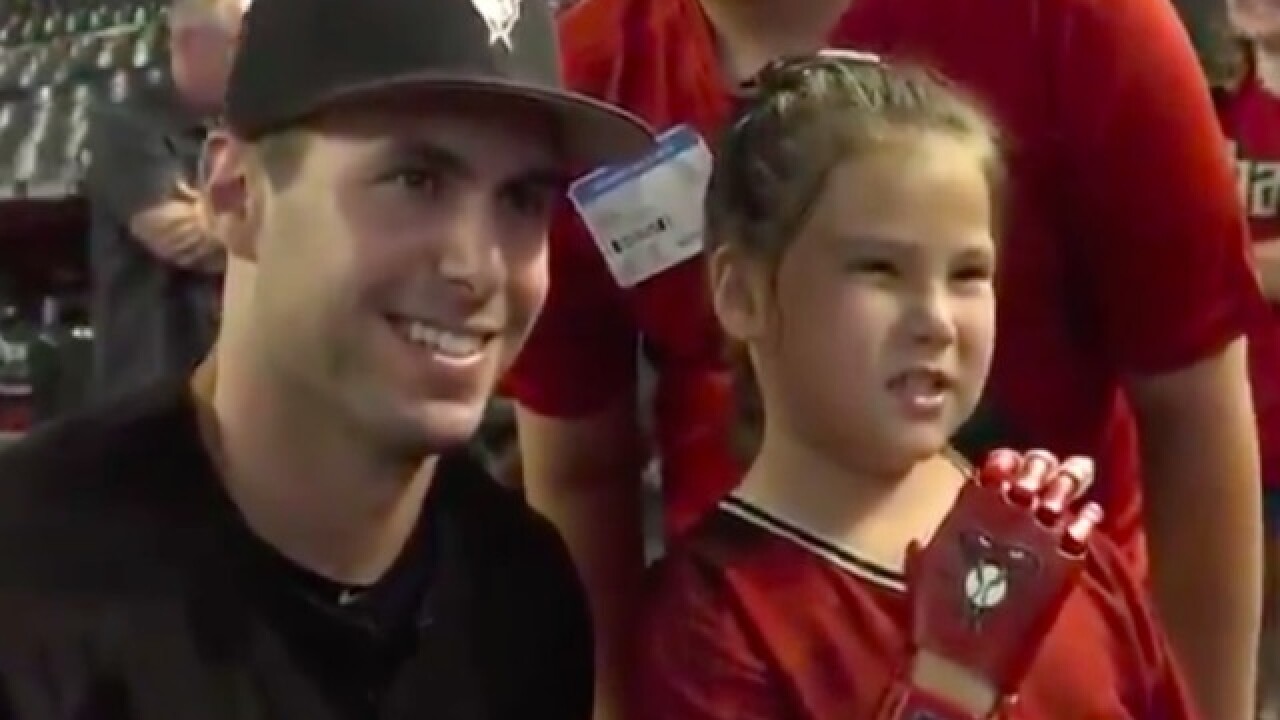 Copyright 2018 Scripps Media, Inc. All rights reserved. This material may not be published, broadcast, rewritten, or redistributed.
<p>(Via @Dbacks/Twitter)</p>

Hailey was born with Poland Syndrome, which resulted in her missing three fingers on her right hand, as well as a right pectoral muscle. Engineers at University of Nevada, Las Vegas constructed a 3D-printed hand for Hailey, which she used to throw out the first pitch Saturday night.

We're honored and excited to have @haileys_hand throw out today's ceremonial first pitch on her #journeyfor30!

But first she made some new best friends and showed off her 🔥 #GenerationDbacks hand. pic.twitter.com/IZVWK3yQvz

Bleacher Report posted a video last year detailing Hailey's goal to throw a pitch in all 30 MLB stadiums. After Saturday, she has just eight more to go. You can follow Hailey's journey here.