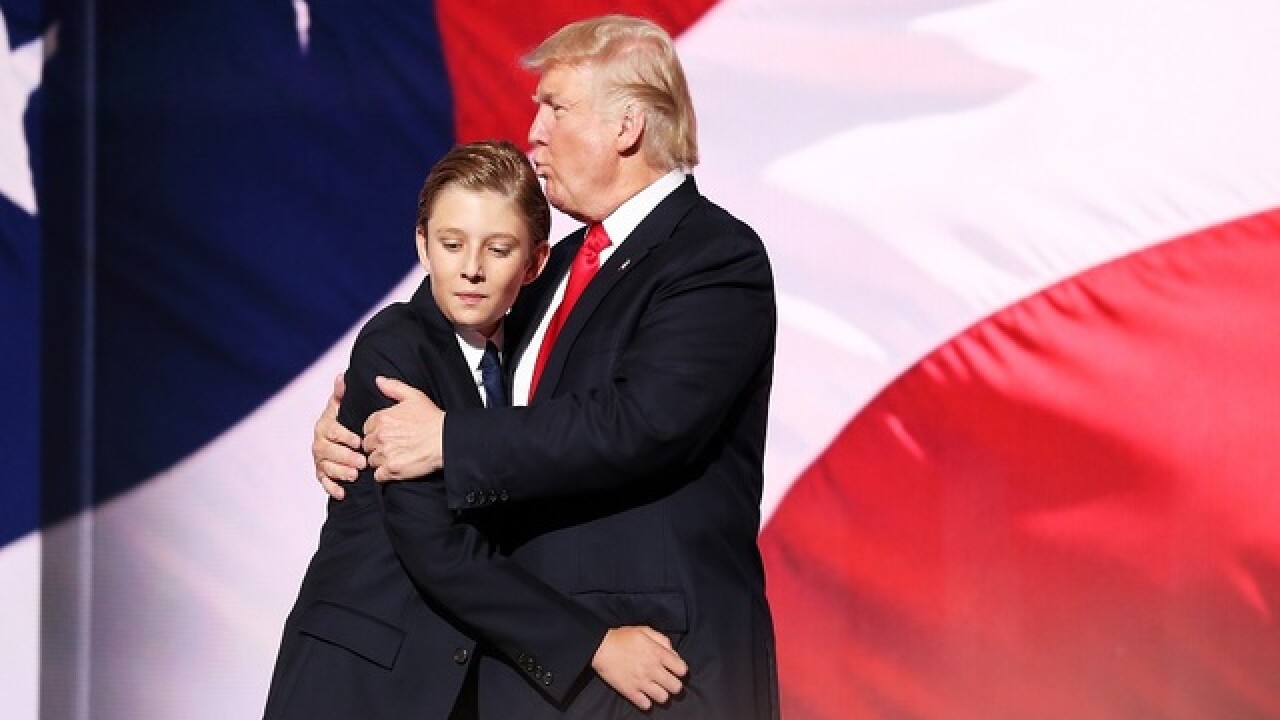 By: Mina Abgoon
Posted at 4:35 AM, Nov 09, 2016
All of us could use some sleep – even the son of the next president of the United States.
Barron Trump stood next to the podium when his father, president-elect Donald Trump, addressed his supporters in New York City after an intense election on Tuesday.
Despite likely being very excited for his father, 10-year-old Barron appeared to be struggling to stay awake. It was about 3 a.m., after all.
Viewers quickly took to social media, pointing out the boy’s mannerisms as he periodically shut his eyes, touched his face and even threw in a few (likely accidental) eye rolls.
We feel you, Barron.

We are all Barron Trump. #wtf pic.twitter.com/ufHgAyyCZP

Somebody needs to put #barrontrump to bed. Or give him a red bull. #MakeAmericaSleepAgain pic.twitter.com/CGgVf5Xych

Yo! Seriously.. #BarronTrump had me cracking up during @realDonaldTrump speech. Get the #Memes ready