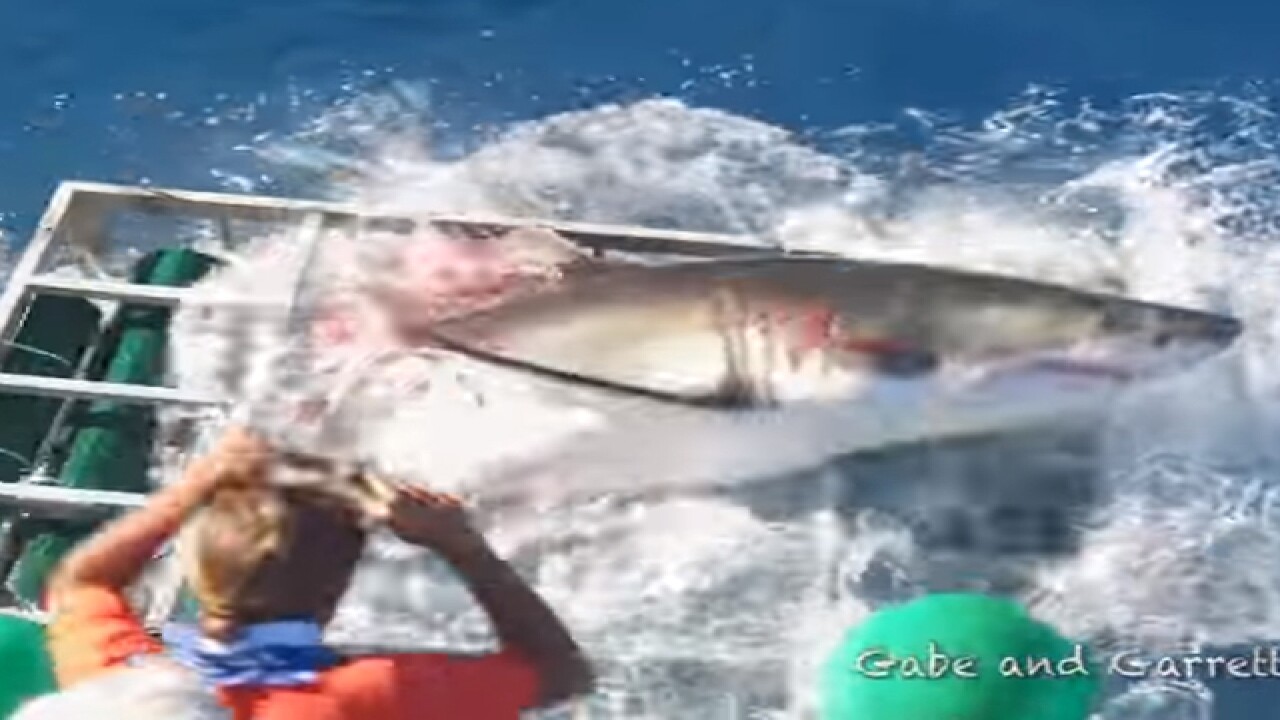 Terrifying footage of a shark breaking into a shark-diving cage while a diver inside is going viral.

The video was recorded recently by a California man off the coast of Mexico's Guadalupe Island.

The clip shows a great white shark approach the cage as shocked onlookers worked to rescue the diver.

The massive great white finally busts through the top of the cage and somehow the diver escapes safe.

“These awesome sharks are biting at large chunks of tuna tied to a rope. When a great white shark lunges and bites something, it is temporarily blinded. They also cannot swim backwards. So this shark lunged at the bait, accidentally hit the side of the cage, was most likely confused and not able to swim backwards, it thrust forward and broke the metal rail of the cage. There was a single diver inside the cage. He ended up outside the bottom of the cage, looking down on two great white sharks. The diver is a very experienced dive instructor, remained calm, and when the shark thrashed back outside the cage, the diver calmly swam back up and climbed out completely uninjured.”