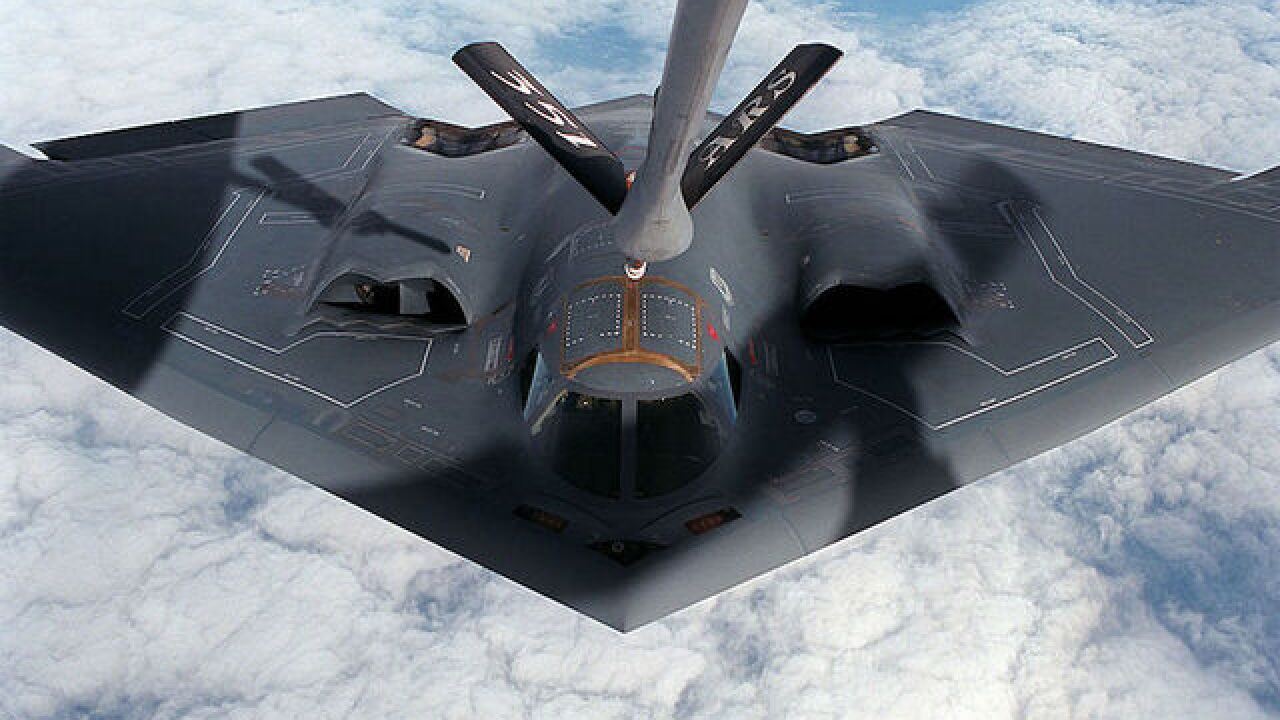 Copyright Getty Images
USAF
<p>(FILE PHOTO) A B-2 bomber from Whiteman Air Force Base, MO, approaches a KC-135R Stratotanker for refueling for the flight back home in an undated photo. The U.S.-led bombing campaign in Afghanistan is in a third round of air and sea launched attacks, reportedly using B-2 bombers October 9, 2001 with bombs and missiles aimed at air defense and other military targets, senior Pentagon officials said. (Photo by USAF/Getty Images)</p>

The mission, which is expected to be the last, short-notice military operation ordered by President Barack Obama, was approved several days ago by the President, according to sources.

US surveillance aircraft had been watching the sites for weeks as fighters fled from Sirte on the coastline into what they perceived to be the safety of remote desert areas. But the isolation of the area gave those surveillance aircraft clear imagery showing military-aged males in several areas, according to officials.

The strike did not happen initially because the rudimentary camps had moved and surveillance had to be conducted again.

The B-2s heavy bombers flying from the US were planning to bomb four camps, but it appears not all were struck, according to initial reports. Some of the sites may have been empty, with fighters having moved again. US Navy warships equipped with Tomahawk cruise missiles were also on standby but initial reports indicate they were not needed.

The President's approval of the strike underscores in the closing hours of his administration the difficulty of targeting ISIS fighters in dozens of countries around the world. Obama has increasingly relied on armed drones, bombers and special forces on the ground to go after these types of targets in Syria and Iraq.