Up to 20K dead fish, other animals wash up on Nova Scotia coast 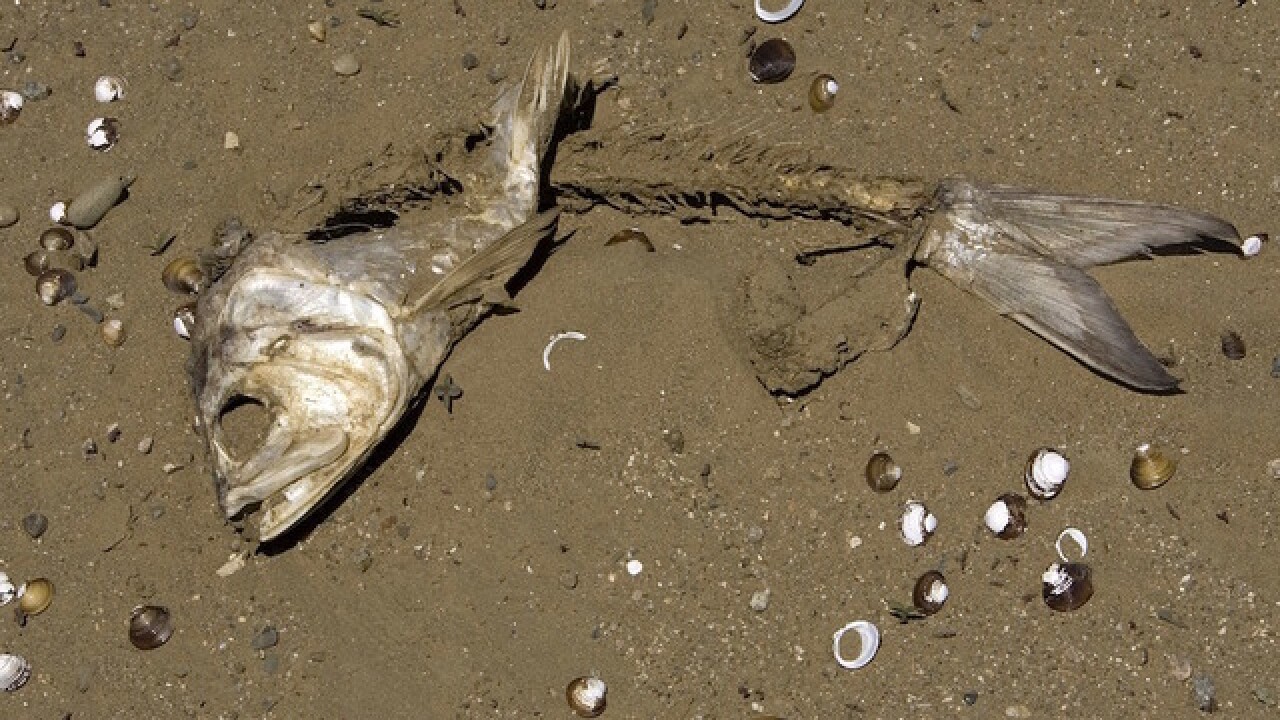 Copyright Getty Images
David Paul Morris
<p>GUSTINE, CA - JULY 16: A dead fish lies in the sand at the San Luis Reservoir July 16, 2007 in Gustine, California. California Governor Arnold Schwarzenegger stressed the importance of a comprehensive water plan as the current system is not prepared to handle the population growth projected for the next 50 years. The reservoir, which is filled to just 20.797 percent of capacity and is down 186 feet from normal levels, supplies water for the Silicon Valley, Central Valley farms and Southern California homes and businesses. (Photo by David Paul Morris/Getty Images)</p>

(CNN) -- The carcasses of thousands of sea creatures have mysteriously washed up on the western coast of Nova Scotia.

As many as 20,000 fish, lobsters, starfish, scallops, crabs and other animals have turned up dead at Savory Park, Canadian authorities said. And they have no idea why.

Environmental officials are testing the water for pesticides and oxygen levels for possible clues. As a precaution, they're warning consumers to only buy seafood from authorized vendors.

"Dead fish found on shore should not be collected by general public," the Fisheries and Oceans department tweeted. "Consumers should only purchase from licensed harvesters/sellers."

According to the US Geological Survey, a number of factors could contribute to fish kills.

While toxic chemical exposure can be one cause, most fish kills are attributed to low concentrations of dissolved oxygen in the water, according to the USGS.

In Florida, dead fish blanketed the Atlantic coast for miles in March. The deaths were caused by a combination of environmental factors. Warmer waters, increased precipitation and pollutant runoff made way for toxic algae blooms and brown tide, ultimately depleting the water of oxygen.

In China, an estimated 35 tons of fish died at Hongcheng Lake in May. While residents blamed the fish kill on pollution, local authorities attributed the incident to changes in salt levels.